Every year a new draft class is assembled and means good or bad news for existing talent on the roster. Today we're going to see which Dallas Cowboys players should be happiest following the 2021 NFL Draft; who were the biggest winners from the current roster?

Sometimes a newly-drafted rookie spells immediate doom for a veteran at the same position. I will never forget the 2012 story about how CB Mike Jenkins, who was participating in a draft event for the Cowboys, became noticeably upset after Dallas traded up and took Morris Claiborne.

Many current players were likely following this past week's events with concern about their job security. Here are the players who are probably breathing the biggest sighs of relief:

With Andy Dalton now a Chicago Bear, last year's 3rd-stringers and practice squad passers are vying for the backup job in 2021. The current frontrunners are journeyman Garrett Gilbert and second-year prospect Ben DiNucci.

With 10 picks going into the draft the Cowboys had plenty of ammo to use throughout the roster. In what turned out to be 11 total picks following trades, it's almost surprising that Dallas didn't use one of those selections to add more talent to their backup QB competition.

If we go just based on 2020 performances then Gilbert would seem to have the edge over DiNucci. But it shouldn't surprise us that a former 6th-round pick with over six years of professional experience, however limited, outshines a 7th-round rookie playing in his first game.

We don't know how much DiNucci might improve and catch up to Gilbert this coming offseason.. We also can't be sure that Dallas won't still add another veteran between now and training camp. After all, Dalton wasn't signed until after the draft in 2020.

What we do know, though, is that neither Ben or Garrett now has to worry about some fresh-faced rookie with a four-year contract entering the contest. Unless something happens over the next few months, one of them should be QB2 for the Cowboys in 2021.

Back in February I wrote about how Dowdle may not face much competition for the third RB spot this season. It appears the Cowboys agreed with that assessment and didn't bring in any new RB talent outside of the undrafted free agents; a nice vote of confidence for Dowdle.

Rico brings all the right tools to make it as RB3 on this roster. He's flashed as a playmaker on special teams both on returns and in coverage. That's arguably more important than his offensive skills as he won't get many touches behind Ezekiel Elliott and Tony Pollard.

The Cowboys have spent  late-round picks on backs like Darius Jackson, Bo Scarbrough, and Mike Weber in recent years. The fact that they didn't in 2021 may be circumstantial, but it feels like a good sign for how they feel about what Rico Dowdle brings to the table.

There have been past seasons when Dallas only kept two RBs on the roster. At this point, that feels like Dowdle's greatest threat to not making the team this year. A drafted player would've presented a much clearer issue but now Rico can go into camp knowing it's his job to lose.

The Kyle Pitts pipe dream came and went and left us all a little sadder on Thursday night. But while we never had a real shot at Pitts, the Cowboys didn't add any other tight ends during the seven rounds of the draft.

This confirms what we suspected going in; Dallas is cool with Jarwin and Schultz as their top two so long as a clear upgrade opportunity wasn't out there.

This is especially meaningful for Schultz given he's on the final year of his rookie contract. Even if Dallas had just added a TE with one of their 3rd-5th round picks, that might've been trouble for Schultz if the Cowboys started planning for the future without him.

We'll never know for sure if Dallas would've pulled the trigger on Pitts had he fallen to 10th, or if they'd have tried to trade up for him had he moved a few spots closer. But that aside, the lack of any other TE picks is a clear indication that the team believes in their current talent for 2021 and perhaps the next few years to come.

With neither Jaycee Horn or Patrick Surtain II coming to Dallas, the starting job opposite Trevon Diggs is now much more open. Though 2nd-round pick Kelvin Joseph should be competitive, veterans Brown and Lewis' chances improved dramatically from what we expected going into the draft.

While Diggs was a 2nd-round pick himself last year, he was seen as a 1st-round talent who Dallas was extremely lucky to get when they did. Joseph didn't have that same buzz in this class, and while that doesn't mean he won't be great it does affect perceptions going into camp.

Remember, Jourdan Lewis had some 1st-round buzz in 2017 before a domestic violence accusation hurt his draft stock. While his first four years in the NFL have been spotty, Dallas chose to re-sign him to a three-year deal this offseason worth over $4 million per season.

As we saw from this draft, though, Dan Quinn likes tall cornerbacks just as much as Kris Richard did. Could that mean Lewis was actually retained to move to safety rather than stay at corner?

If that's the case, the draft was also beneficial to Lewis in that no significant safety competition was added. So no matter where he ends up among the defensive backs, Jourdan has a stronger shot at a significant role or even a starting job thanks to last week's events.

Anthony Brown is a solid backup at CB who's started a lot of games out of necessity since 2016. He would've had a hard time against an elite prospect like Horn or Surtain, but he could at least edge out Joseph in 2021 while the rookie is developing.

While he joined the Cowboys with over three years of starting experience and familiarity with Dan Quinn from Atlanta, Kazee only got a one-year contract worth a little over $1 million. That's hardly the kind of money that suggests a guaranteed starting role.

Kazee's road to the first team was greatly helped by Dallas' draft. They didn't add a safety until the 6th Round and that player, South Carolina's Israel Mukuamu, will be converting from cornerback.

On top of that, Quinn was adamant during a post-draft press conference that Keanu Neal will be playing linebacker in Dallas. This makes Kazee the most accomplished and experienced safety on the roster barring any late-offseason additions.

Even if Neal does play a little safety in certain schemes, that could easily affect Donovan Wilson more in the traditional strong safety role. It still seems like Kazee would stay on the field for coverage duties in the free safety position.

As mentioned before, Kazee could face competition if Jourdan Lewis gets to compete at safety. But even if that happens, Damontae's the current frontrunner and his position was strengthened by the lack of safety help coming from the 2021 draft.

Actually Kelvin Joseph did have first round buzz on him too, he is about as good as the top 2 corners in the draft!! The only thing that kept him from going in the 1st round is his lack of passion for the game!! He pretty much got thrown off 2 teams cause he acted like he didn’t wanna play!! But if it wasn’t for that I guarantee he would have went in the 1st round!!

And another thing is Kelvin Joseph is definitely better than Anthony Brown!! He’s actually way better than Brown is, I just hope he decides to show it now that he’s a professional!!

terrible how the draft fell and terrible waste of quite a few picks. 5 could be good so we’ll imagine the took:
Parsons, Joseph, Cox, Ogi, and Bohanna with the first 5 and a large group of 7th rounders. Looks better that way 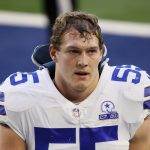 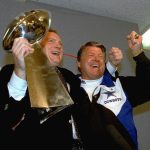