The Dallas Cowboys have one of the top young cornerbacks in the NFL in Trevon Diggs. In seven games this season, he leads the NFL in both interceptions (7) and passes defended (11). However, his counterpart on the other side, Anthony Brown, has been much-maligned throughout his six-year career, but perception is starting to change.

Brown is in the second year of a three-year deal. Surprisingly to most, he's played well so far in 2021 after struggling in Week 1 against the Tampa Bay Buccaneers. His 37 tackles ranked third on the team and he's second in interceptions (2) and passes defended (8) behind Diggs. Earlier this week, Brown talked about how he feels he's one of the NFL's best corners and that he's a good compliment to Diggs.

“He was coming off his seven-game interception streak and me on the other side, people might feel like they’ll target me more because he’s getting so many interceptions,” Brown said Friday. “But I feel like I’m just as good as any corner in this league. I feel like I’m holding my own on my side also. I feel like we’re playing well off each other.”

When the Cowboys drafted Kelvin Joseph in the second round and back in April many thought the Cowboys had found their CB2 opposite, Diggs. That may be true in the future, but with Joseph's groin injury that kept him out until last week against the Minnesota Vikings, Brown has made it clear that he's not giving up his spot without a fight.

“I’ve just been putting my head down working every day,” Brown said. “I’m not doing anything different. I’m just coming to work every day and showing the world what I can contribute to the team, showing my athletic ability and showing that I can make plays just like anybody else on this team.”

There's nothing like depth and competition especially at a position like cornerback. However, Brown has the top spot as the second corner on the Cowboys and his play will continue to be vital to the success of the defense.

Anthony Brown name should be toast !!!

Idk what he’s been smoking, but he’s been the weak link of our secondary, he gets beat way too much!! He does have his moments, but he blows coverage more often than not!! And he’s definitely not as good as any corner in the league!! I have been more than ready for Kelvin Joseph to get healthy and take over that number 2 spot in the secondary…. He may not be as good as Diggs was in his rookie year or this year, but there’s no way he can be any worse than Anthony Brown!! But that’s just my opinion!!

“Anthony Brown Fully Confident in his Ability at Cornerback”

Well, that makes one of us.

He has the tools. He just forgets to unlock the toolbox all too often. He, Jourdan Lewis and even Diggs are boom or bust type players. Luckily, Diggs is usually far more boom than bust. Brown and Lewis? Not so much.

I’m gonna take an unpopular stance and say that the play of Brown has improved as the season as gone along. He’ll never be a pro bowl CB, but if he can continue improving incrementally that would be a plus.

I think the plan/hope was for Joseph to take over that position mid season as he acquired the necessary experience, however his injuries have pushed that down the line. For a rookie CB to lose as much time and valuable reps as Joseph has, likely means he won’t be a big contributor till next season at the soonest. But if he can get up to speed and be solid as part of our CB rotation, that will bode well for this team. 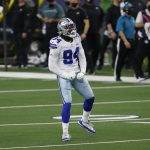 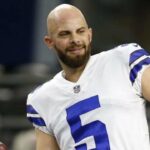