I hate to be the bearer of bad news, but the Dallas Cowboys 2019 season is looking as if it's starting to circle the drain. It's eerily similar to the way they started out things in 2018, but luckily they were able to turn things around after the addition of Amari Cooper. Could such a bold move once again turn things around in Dallas?

Can you imagine how dangerous the Dallas Cowboys offense would be if Antonio Brown somehow joined the team? Just think about it for a second… Amari Cooper, Michael Gallup, Randall Cobb, and Antonio Brown all in a Cowboys uniform. Dallas' passing game would be lethal!

In fact, the idea of the Cowboys signing Antonio Brown was floated yesterday by the franchise's all-time great WR, Michael Irvin.

This isn't just some kind of pipe dream. It could very easily become reality. After all, Antonio Brown is currently a free agent and can sign with any team. There is a catch however. A pretty big one at that. The reason he's still on the open market is because he's currently under investigation after several off the field accusations were filed against him.

Naturally, teams are wary of paying someone who may not be able to suit up for them in 2019 while Antonio Brown is under league investigation. Commissioner Roger Goodell himself has even warned that Brown could end up on the exempt list until the investigation is complete. Then there's also the possibility a suspension could be handed down as well. 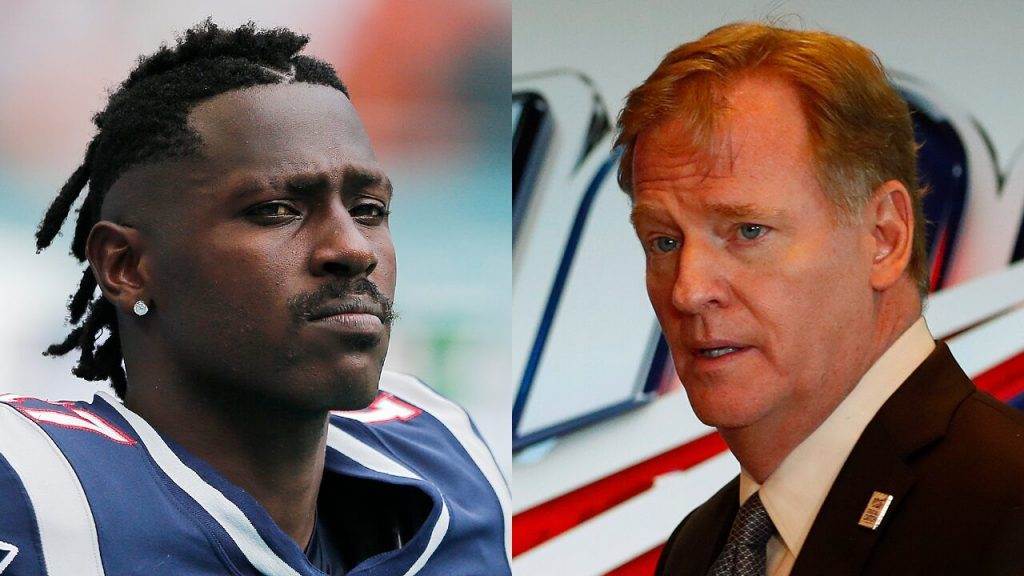 As you can see, a team would either have to be absolutely desperate to sign Antonio Brown right now or be willing to take on the risk of him possibly not playing this season. Honestly, I can make an argument the Dallas Cowboys are both. After all, their season could be hanging in the balance already.

Anyway you look at it, the Dallas Cowboys are in jeopardy of wasting all of the talent they've acquired for this season. They continue to dig themselves into a hole they might not be able to climb out of, especially if they lose this week to the Philadelphia Eagles. Winning the NFC East division could be their only ticket into getting into the playoffs.

There is no time to waste. The Dallas Cowboys have to turn things around as quickly as possible after the bye week next week. Whether Antonio Brown is part of that solution or not remains to be seen, but I wouldn't be surprised if it's not at least discussed behind closed doors.

This is exactly the kind of risk/reward move Jerry Jones has been known to make in the past. His recent success at making such a bold move worked for them last year when they traded for Amari Cooper, which could give him just enough confidence to believe Antonio Brown could do the same. Plus there's the added bonus of ruffling Roger Goodell's feathers, something JJ seems to thoroughly enjoy.

Now all we have to do is wait to see what happens.

Would you be for or against the Dallas Cowboys signing Antonio Brown?

With injuries galore happening in their cornerback room and help needed beyond CB Trevon Diggs, the Dallas Cowboys addressed one of their weaknesses before...
Cowboys News

Sunday is a big day for many teams as the playoffs are now in sight. The Dallas Cowboys are 12-4 and still have a...

As long as hes cleared to play n comes kinda cheap, I wud take him

The offense doesn’t need an addition it needs to get healthy. What we do need is some interior line beef and possibly for Randy Gregory to be reinstated….oh and a coach who knows how to manage a game and the clock.