The Cowboys have a few potential breakout candidates going into this season. The current depth of the roster could leave a few guys a window to step up and have a solid season for Dallas to be consistent.

Most of these names have been seen and heard throughout training camp. They have set themselves up for a chance rolling into the season to have a breakout-type year, and if the Cowboys receive solid play from them, they should have a positive outcome as the season goes on.

Simi Fehoko & Noah Brown. I am adding both players because whoever assumes the role of WR3 is going to have a breakout year. (In my opinion). So many opportunities are going to be available even when Michael Gallup returns. A breakout year does not mean going for 1,000 yards and ten touchdowns. These guys, 600 yards and five touchdowns would be beautiful. That is a breakout season for the LITTLE impact they have made thus far in their career.

Dallas will be looking for someone early to help CeeDee Lamb and the rest of the offense. Fehoko and Brown closed training camp on a high note. Scrolling through Twitter the last few days, it was nothing but positive things from Cowboys reporters who got to watch them firsthand all camp.

Defensive end Dorance Armstrong might be the most underrated player on the Cowboys roster. A breakout year could be in store for Armstrong. He signed a two-year $12 million deal in March. He played in just 13 games last season (five starts) and still had a career-high in tackles (37), sacks (5), and quarterback hits (12) while adding a fumble recovery, blocked punt, and a defensive touchdown in week 14.

Armstrong, poised for a big year, will look to build on a solid campaign with the role he should have going into this season.

I would be here all day talking about Tony Pollard and Lamb, but we expect them to go above and beyond a ‘breakout' season. They will be a couple of the best players on the team.

I hope these players bring success to the Cowboys, they will need them with the gaps open on the team, and if they are productive, we could see them have a breakout year.

Unless the offensive line looks better than it did tonight, and they find quarterback to back up Dak, the Defense will have to carry the team 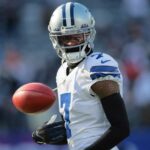 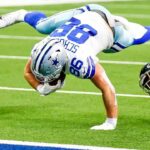