The Cowboys have a chance to clinch the NFC East this week with a victory over the Washington Football Team on Sunday Night Football. However, they will have to do this without the services of two of their depth pieces in the secondary, as Nickel Cornerback Jourdan Lewis joins Safety Malik Hooker on the Covid-19 Reserve list.

This will be Lewis’ first missed game of the season, as the Cowboys will likely turn to 2nd round pick Kelvin Joseph to play increased snaps in his absence. To date, Joseph has spent most of his time on special teams, but he has a chance to secure a larger role in the cornerback rotation with a strong performance on Sunday. The Cowboys are also boosted by the potential return of Safety Donovan Wilson who has returned to practice and is eligible to come off of the IR.

Jourdan Lewis has had a career resurgence in Dan Quinn’s defense this year, already pulling down a career-high three interceptions and 11 passes defended. He’s added 53 tackles, one forced fumble, and two fumbles recovered as he’s made his impact felt in multiple areas of the game.

Lewis has played roughly 75% of the available snaps for the Cowboys defense this season, but that number has jumped up in recent weeks, as he’s notched at least 81% of the snaps over the past four weeks.

The Cowboys are far from the only team being dealt blows from Covid as the weather continues to get colder, but this will give the coaching staff a nice extended look at some of our rookies from this past draft in Kelvin Joseph and Oregon State’s Nahshon Wright. Wright has just two tackles in his three appearances this season, but he could be looked upon to fill a depth role over these next few weeks before the playoffs.

A common theme among winning teams in the NFL is the ability to fight through adversity and maintain a “next man up” mentality, something the Cowboys already showed they have when they defeated the Vikings without Dak Prescott earlier this season. This is just the another chance for the Cowboys to show off their much improved depth. 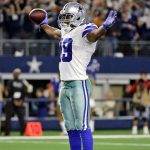 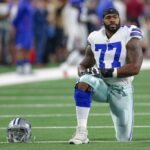