The Dallas Cowboys added a nuclear weapon in the first round 2020 NFL Draft when they selected Wide Receiver CeeDee Lamb at 17. Lamb showed from the start that he was a force to be reckoned with as his play got him voted as the top receiver in training camp by the staff writers of DallasCowboys.com.

The true test would be to see how Lamb performed when the games counted and the rookie hasn't disappointed. This past Monday, Lamb put his name in the record books as he became the first receiver in league history to register at least five receptions in his first six career games.

If Lamb continues on his current pace, he will finish with 96 receptions which would shatter the Cowboys rookie record set by Bob Hayes in 1965 (46).

In 2019, Amari Cooper and Michael Gallup proved that they were one of the NFL's best duos at wide receiver as both went over 1,100 yards. With the outside receiver positions secured, it set up Lamb to come in and be productive where he thrived during his days at Oklahoma, in the slot. According to Pro Football Focus, Lamb leads the NFL in targets (46), receptions (34), and yards (459) from the slot position through the first six games.

Lamb has also done a really good job of keeping the chains moving and being efficient. Per PFF, Lamb is first in receptions for first downs (22) and second in passer rating (110.7) when targeted for all rookie receivers.

Through six games Lamb has already proven he was worth a first-round selection. He's 497 receiving yards are second for all rookies and seventh in the NFL, just one spot below his teammate Cooper. If he's already this good, there's no telling just special of a player Lamb will eventually become.

The only way he doesn’t extend this streak is for Dalton to get hurt. This kid is the real deal. As soon as his 3rd year is complete, we need to sign him ASAP

This kid could be our #1 receiver by the end of the year, or at latest next year. Unfortunately I think Gallup is the one that may not get signed. As for now Lamb Isn’t going anywhere. 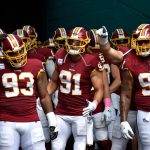 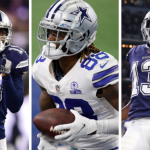