Defensive End Robert Quinn was one of the bright spots in the Dallas Cowboys' 2019 season. But if Quinn's big play means he finds a lucrative free agent deal with another team, could third-year player Dorance Armstrong help the Cowboys deal with losing last season's sack leader?

Armstrong was a fourth-round pick in 2018 and has been limited to only about 25% of the team's defensive snaps the last two years. He had two sacks last year despite limited duty, providing a glimmer of hope that he can get to the quarterback.

If Quinn does leave the Cowboys, Armstrong and DeMarcus Lawrence are the only defensive ends locked in for 2020 who have proven pass rush skills.

There is hope that Randy Gregory will be reinstated and can be Quinn's potential replacement. He's still under contract and would likely be the Week One starter if he returns. The league should grant Randy's request if it's made, but there's no guarantee of that at this point.

If neither Gregory or Quinn are available in 2020 then the Cowboys will likely look for a free agent option or draft a defensive end with a premium pick. But as we experienced recently with Taco Charlton, trusting a rookie to walk in and contribute is also dicey..

At the bare minimum, we could see Dallas employ a strategy of using Tyrone Crawford or Joe Jackson on run defense and then bringing in Armstrong when they expect the pass. But those kind of blatant personnel changes give the offense opportunities to adjust and counter.

This is one of many spots on the roster where the Cowboys face a difficult choice. Do you trust a mid-round draft pick with a few years of development with a major role, or do you spend money and/or draft picks this offseason on a safer option?

Dallas could just re-sign Robert Quinn, of course, but somebody is going to lose in this offseason's round of Musical Chairs. It feels like it may come down to Quinn or Byron Jones, and at least right now the team seems to be leaning more toward the defensive end than the cornerback.

If Quinn does return then Dorance Armstrong can remain a rotation piece. And if Randy Gregory gets reinstated on top of that, it may be a boring year for Armstrong.

The presence of players like Armstrong, Connor McGovern, Trysten Hill, and other young prospects from recent years matter as Dallas navigates this busy 2020 offseason. They drafted these players to contribute and at a certain point they have to give them opportunities to do so.

Can the Cowboys leap from a proven veteran like Robert Quinn to trusting Dorance Armstrong with greater responsibility? It's a tough sell, but Dallas may have to bite the bullet on some of these decisions with so many needs throughout the roster.

Why does anyone think Dak is worth 35-40 million per year. Most of his stats were at garbage time and his record against playoff teams is absolutely horrible. In final game of the season he could only muster 3 FGS against a beat up Eagles team. If the Redskins draft Tua Dallas will have the fourth best QB in their own division. Who could you trade Dak to that would pay him his asking price. If Dallas pays him they will lose too many other quality players. As Parcels says “you are what your record days you are”, and 8-8 doesn’t deserve 35+ million a year. Sorry.

I bet you weren’t saying that when they made the playoffs in 2018, winning a bunch of close games on top of beating Seattle in the playoffs. Plus your theory makes no sense as he’s also gone 13-3, so what was he worth 35+ then?

Agree with Bob Thomas, Dak is OVERATED. Would never pay him $30+ million. If he takes a team friendly deal fine, if not, trade him. Marinelli pet project, Hiil, SUCKS. Armstrong is a good player. Let Jones walk and draft a top notch CB. Then draft or sign FA DT and QB.

WR draft class is deep. Cooper should not be able to “hold us up” either.

DT ( our run defense was awful in some critical games), CB (only if Jones departs), LB (Lee and LVE are injury concerns and Smith regressed), WR, QB (we need at LEAST a decent backup).

To the topic, Quinn is a must have back. There will serious diminishes in the line without him. D law regressed even with his presence. Do u think he will do better? Not even close. Especially the guaranteed departure of Collins.
So this is what should happen.
Tag Prescott, 4 year contract cooper(yes receiver deep in draft but need picks for other options) plus ask this would gallop Cobb or jarwin do better without him. Cooper is a must sign. 2 year contract Cobb, restructure contract with jarwin once tender is finished, 2 year contract Lee, restructure Crawford or release, sign dez to a 1 year prove it deal( if he is humble amagine copper wleft,gallop wright, Cobb sleft,dez sright, in 4 receiver set)in a McCarthy offense think packers 4 wr sets Rogers plethora of targets, would be devastating coppers routes, gallop speed and catching ability, Cobbs agility and elusiveness, 1 thing is missing physicality and size which dez brings. Don’t forget zek out of the backfield. No need to draft a wr for at least another year or 2 (We still have receivers ps) trade or fa safety help (desperate here) release hill (loved that pick ugh) draft- dt,cb,lt,qb,te,lb (one who can fit McCarthy scheme), contract forbath (3 year) let go- Witten, jones, Bennett . 2 year Quinn.
And for the love of it, teach Prescott how to lead a receiver. The receivers made him look good. Point blank. To many times receiver was over shot or was thrown to behind which caused the defender to either tackle or be a factor in the play. Don’t tell me that the boys don’t have the cap because they do.
Is Prescott worth the money? No way. You want to be payed as an elite qb you need to earn elite status, wilson,rogers,bres,brady,weintz all have something in common and can demand elite money. 4,000+ yards on an 8-8 record means elite money? So I guess that means 2000 yards and a super bowl means second rate because of not throwing a bunch of yards or is it the 2000 yard thrower was able to win games by scoring tds and not needing to throw the ball 50 times a game. Think the Seattle run with Wilson should have run the beast but he didn’t throw 5000 yards that season. Prescott, stop being a poor sport sign the contract get your ass on the field win a super bowl then ask for elite money. 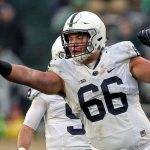 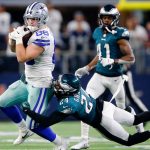