As the Dallas Cowboys went into week 10 of the 2018 season, they were a team reeling after a double-digit touchdown loss to the Tennessee Titans sending them to a 3-5 record. They looked like a team whose season was on the brink. Their opponent in the following week was none other than the Philadelphia Eagles who happened to be just a game ahead of the Cowboys at 4-4 and also struggling.

As the Cowboys traveled to Philadelphia, there wasn't much hope that they'd be able to turn their season around even if they got a win against their division rival on the road. That 27-20 win, however, which also happened to be played on Sunday Night Football, was a catalyst for a team that went 7-1 down the stretch. With that finish, they won the NFC East and make the playoffs for the third time in five years.

Heading into last week against the Philadelphia Eagles, the Dallas Cowboys were again struggling to find themselves after dropping three straight with a loss to the Jets that had everyone questioning everything about the Dallas Cowboys. Falling to 3-3 on the season, though still tied for first in the NFC East, the Cowboys were a team looking to right the ship, much like last year against Philadelphia. And though the first matchup in 2018 wasn't literally for the lead in the division, it might have well been. It was about that time in 2018, when the Washington Redskins, who started the season 6-1 lost Alex Smith for the season with a broken leg.

Both the Dallas Cowboys and the Philadelphia Eagles had an opportunity presented to them to gain ground in the division and potentially win it. With both teams at 3-3, last Sunday night's game had major implications for the division for the rest of the year. The winner would have a leg up in the standings and in the tiebreakers. In an emphatic fashion, the Dallas Cowboys dominated the game so much, it's made me wonder if the Cowboys could go on a run similar to what they did in the back half of the 2018 season.

Fellow InsideTheStar.com Staff Writer Brian Martin seems to think it's a possibility. Check out his post-bye week predictions for the Cowboys remaining schedule.

With a tough stretch of games coming after the bye, the Cowboys may not be able to replicate that type of finish, but big a big win over the Eagles should give them a ton of confidence. We've felt for much of this year that they were a team that could hang with anyone on their schedule. Though the three-game losing streak might have allowed some doubt to creep in, this team still has a ton of talent, they were just underperforming. Much of what happened in those three losses was self-imposed. Whether it was the gameplan or play calling, turnovers or sacks, the Dallas Cowboys hurt themselves in ways that made it hard to come back from.

Sunday Night Football against the Eagles each of the last two seasons was an opportunity for the team to get right, and in each game, they did so in a big way. Last Sunday, this team looked much like the team that was confident and full of swagger that we saw at the end of last season and in the first three games of this season.

The front office certainly believes this is a team that can make a push as they made the move for Defensive End Michael Bennett to fortify their defensive line.

Much like last year, the Dallas Cowboys made a trade at the deadline to bolster a unit that needed some help. One area that's become a consistent weakness this season has been the play on the interior of the defensive line. For the most part, they've been solid against the run, minus the game against Green Bay, but they've struggled to get consistent pressure on the quarterback. The Cowboys took advantage of an opportunity to add a Pro Bowl player in Defensive End Michael Bennett, who has the ability to rush from the 3-technique spot in passing situations.

Last year, the move for Amari Cooper sparked the offense. This year, the addition of Michael Bennett could do the same for the defense. His ability to play both on the edge and inside will be invaluable to the Dallas Cowboys in the same way that Tyrone Crawford was. However, Bennett has been a much more productive player during his career than Crawford.

The Cowboys are riding a high into the bye week. With an opportunity to go into week nine as healthy as they've been all season and with a new piece on defense the Dallas Cowboys could ride that high for another long second-half win streak. If they're able to string some wins together during this next nine-game stretch, it will put them in an excellent position to win the NFC East and make the playoffs.

If the Cowboys are able to go 6-3 or better in their final nine games, we'll likely look back to this Philadelphia Eagles game as the launch point for their season turning around.

The Cowboys won a game at home against an Eagle’s team that was hurting and not playing particularly well. It was a game they should have won and they played well…that is it. I don’t think a win against the Giants after the bye week will prove anything either. I will believe they are in a roll to something significant this year when they can beat a decent team that is at full…or something close to full strength. 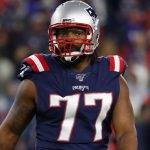 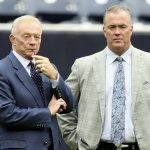