Running back is always a position that Cowboys fans watch closely through the offseason, with down roster players building a following in the preseason. This has remained the standard even with a three-down back in Ezekiel Elliott, who one anonymous AFC executive is still convinced makes Dak Prescott the QB he is.

Elliott failed to break 1,000 yards for the second time in his  Cowboys career in 2020, playing without Prescott and behind patchwork offensive lines. Much has been made of how the return of Tyron Smith and La’el Collins will help Prescott, but not so much the two-time rushing champion in Elliott.

The Cowboys running backs will be coached by Skip Peete in his second stint on the Dallas coaching staff. 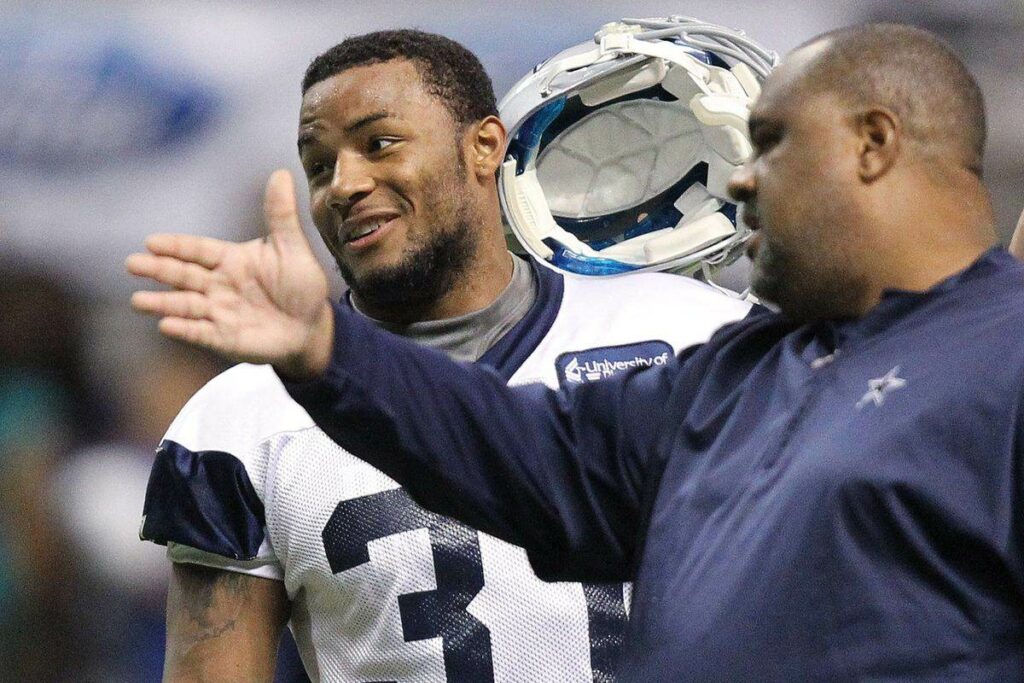 Getting to Know Skip Peete

Peete made the jump from college coaching to the NFL in 1996 going from RB coach at UCLA to the same position with the Raiders. In 2007 he took this position with the Cowboys, and was most recently with the Rams before rejoining the Cowboys. Peete was the coach for Marion Barber’s first (and only) Pro Bowl season with the Cowboys in 2007, and most recently a resurgence from Todd Gurley in Los Angeles. Both Barber and Gurley are similar physical runners, an element to Elliott’s game that could suit him well as he adjusts to relying less on breakaway speed.

Returning Players at Running Back

The Cowboys duo of Elliott and Tony Pollard is back for 2021, surrounded by a star cast of WRs to make for a dynamic offense. Recent workout videos of Elliott have put the league on notice as he looks to become a big play threat once again.

Leading the league in explosive rushing plays in Elliott’s rookie year, the Cowboys were 23rd in explosive run rate last year given their injuries. Elliott’s three rushes of 20+ yards in 2020 was eclipsed by Pollard in breakout games against the Steelers and 49ers. The two games where Pollard was given the most attempts, vs. the 49ers and at the Bengals, were both Cowboys wins with the former being a 41-33 shootout and the latter a 30-7 laugher.

The best way for the Cowboys to keep Pollard involved would be utilizing him in the passing game, but getting your number called from Kellen Moore with Amari Cooper, Michael Gallup, and CeeDee Lamb at his disposal is a tough task. Elliott’s skills as a receiver are also something fans have been clamoring for since the day he was drafted in 2016. 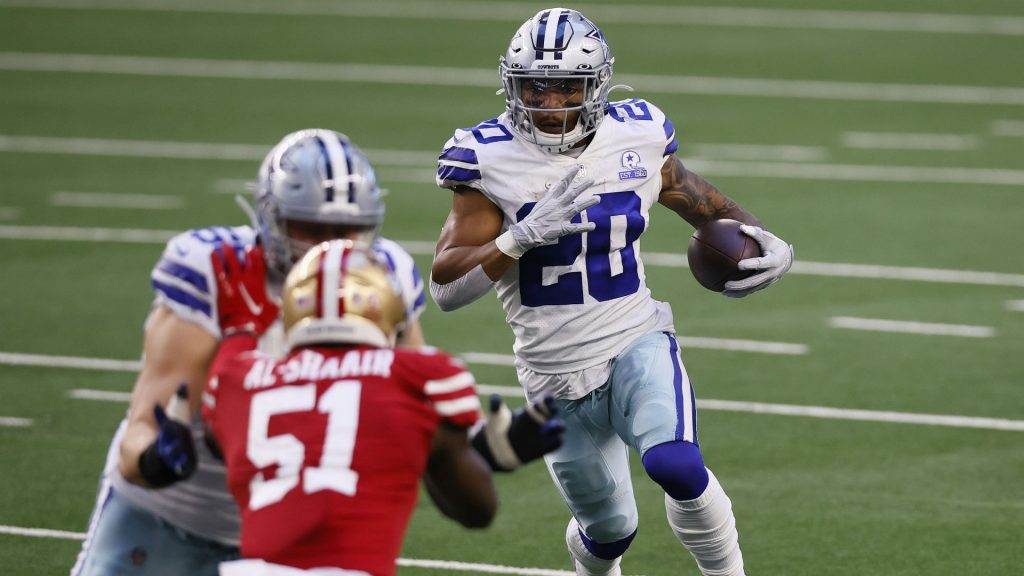 The Cowboys gave Pollard 23.5% of their rushing attempts to Elliott’s 244/430 attempts in 2020. With no major shakeups on the offensive staff, and Peete’s familiarity with the team, expect the workload to remain similar if not increase for Elliott should the Cowboys be playing from ahead more.

The team also returns Rico Dowdle and Sewo Olonilua to the backfield. Dowdle carried the ball three times in a blowout loss to the Cardinals on Monday Night Football and four times against the 49ers, showing enough to warrant entering his second training camp as RB3.

Olonilua spent the season primarily on the Cowboys practice squad but was on the active roster against the Steelers and 49ers. He is expected to compete at FB as well as RB, though his best path to making the roster is at fullback with only UDFA Nick Ralston to compete with.

New Players at Running Back

UDFA JaQuan Hardy is a Cowboys roster longshot out of Division II Tiffin, putting the NFL on notice in 2019 when he ran for 1.554 yards and 15 touchdowns. A smaller build at 5’8″, Hardy’s running style is that of a bigger back as he doesn’t shy away from contact.

The same can be said about fellow UDFA Brenden Knox, a power runner out of Marshall. The Thundering Herd’s rushing offense ranked ahead of Alabama, Texas, and Florida State in rush yards per game last season, with Knox contributing 887 yards on 185 carries. This came on the heels of a 1,387 yard season in 2019.

From Staff Writer Jess Haynie’s series on whether or not the Cowboys improved or downgraded across the depth chart for 2021:

Overall, it’s hard to say this RB/FB group will really be any different than a year ago. They may wind up looking much better thanks to improvements around them, but the talent level is roughly the same.

That said, a third-year pop from Tony Pollard is definitely on the table. So is further development from Dowdle and perhaps the reemergence of a contributing fullback.

At the very least, you can’t say the group is any worse off than a year ago.

The role the Cowboys running backs will play in 2021 will be determined widely by how many points they can put up through the air. This team is built to score early and often, and play with a lead in all facets of the game. Should they do so, I agree with Jess completely that their RB stable is an upgrade given their ability to feature both Elliott and Pollard while further developing Dowdle.

Tell us what you think about “Cowboys Camp Preview: Running Back” in the comments below. You can also email me at Sean.Martin@InsideTheStar.com, or Tweet to me at @SeanMartinNFL!