With all the attention the Cowboys star trio of wide receivers draws, it's easy to lose sight of their talent at tight end. Losing starter Blake Jarwin in the first game of the season, the Cowboys saw Dalton Schultz develop into a passing game threat with 63 catches and four touchdowns. Schultz caught a season high nine passes in week two, the Cowboys first game without Jarwin.

Kellen Moore will now have both Jarwin and Schultz to call plays for, creating mismatches against linebackers while also using them in the run game. Entering his second season, the Cowboys tight ends will be coached by Lunda Wells.

Getting to Know Lunda Wells

Wells took over for Doug Nussmeier when he vacated the Cowboys TE coaching position to switch to QB. His experience in the NFL comes from the NFC East, coaching with the Giants since 2012. Starting as an offensive assistant, Wells was an assistant OL coach from 2013-17 before coaching Evan Engram and the Giants' TEs.

Offensive line and tight end aren't exactly positions the Giants have been known for recently, though the personnel Wells was given to work with was subpar as well. While former Cowboys HC Jason Garrett is working to change the Giants' outlook at these positions now, Wells finds himself with Mike McCarthy and Moore looking to develop two promising TEs both with starting potential.

Along with Jarwin and Schultz, the Cowboys return Sean McKeon at tight end. In just a few days, the Cowboys will provide their first look at how they plan to utilize these three TEs at training camp. Whether or not Jarwin's name is written in ink atop the depth chart is a fair question given Schultz's performance in 2020. 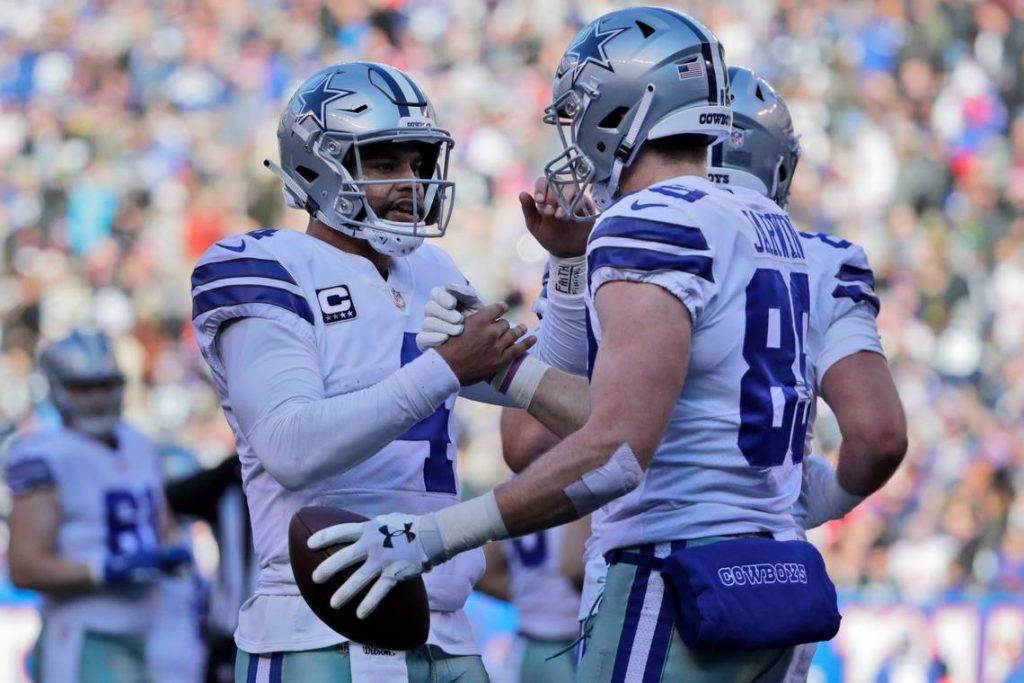 The Cowboys have been at their best on offense in 11 personnel for some time, meaning only one tight end will see the field. McKeon is hoping to keep his name in this discussion as a UDFA from last season. Elevated from fourth string to third after Jarwin's injury, McKeon took advantage of the opportunity as a special teams player.

The Cowboys entered the 2021 Draft with speculation that a trade up for Florida TE Kyle Pitts was in play, instead waiting until after the draft was complete to address the position. The team will head to Oxnard with Michigan's Nick Eubanks and TCU's Artayvious Lynn as UDFAs, as well as FA addition Jeremy Sprinkle.

Eubanks has the size and speed for the position, but struggled to carry a strong 2018 collegiate season into his upperclassman years. Lynn projects as a blocking tight end with some big play potential, impressing at his nearby TCU pro day to earn this opportunity with the Cowboys.

Sprinkle is a former fifth round pick by Washington out of Arkansas. Stuck behind Vernon Davis and Jordan Reed on the depth chart to start his career, Sprinkle started 19 games over the last two seasons and hauled in 27 passes. There is still untapped potential in Sprinkle, but he faces a similar uphill battle for playing time as he did to start his career.

From Staff Writer Jess Haynie's series on if the Cowboys are better or worse at each position for 2021:

Whether or not Dallas keeps a fourth TE in 2021 is hard to say. They could be hard-pressed to if they want a third QB or to go long at WR. Given WR Noah Brown’s skills as a blocker and in special teams units, going long at TE seems the least likely scenario.

That leaves UDFAs Eubanks and Lynn, plus last year’s undrafted prospect Sean McKeon, battling it out for what will probably be just one or two spots on the practice squad.

The fact the Cowboys can have a healthy competition at TE while falling on some experience in the starting roles for Jarwin and Schultz makes them better off this season. Seeing Jarwin on the field at training camp will be just another reminder of how deep this Cowboys offense is.