The first round of the 2020 NFL Draft didn't go exactly as planned for the Dallas Cowboys. The defense getting help was all but a sure thing when it came to the Cowboys in the early rounds of the draft, the only question was who and what position would they value the most.

However, something strange happened around the midpoint of the first round, all the top receivers were still on the board, with Alabama's Henry Ruggs being the first off the board at 12 to the Las Vegas Raiders. His Crimson Tide teammate, Jerry Jeudy went to the Denver Broncos at 15. With K'Lavon Chaisson and CeeDee Lamb on the board, the Cowboys went BPA (Best Player Available) and took Lamb to boost an already ultra-productive wide receiver room.

There's still plenty of quality players left for the  Cowboys to get good value in the second and third rounds.

“Ascending safety prospect offering a combination of plus athleticism, field awareness, and, versatility. McKinney split time equally at slot, free safety and in the box and is accomplished in each. His coverage instincts, athleticism and quick-twitch burst are more cornerback than safety, which is why he's likely to be a coveted toy for teams looking to upgrade and diversify their sub-packages. He can sit in center field all day if needed, and he's an adequate open-field tackler but has room for improvement in that area. McKinney represents the new breed of versatile, matchup safety with high upside as an early starter.” 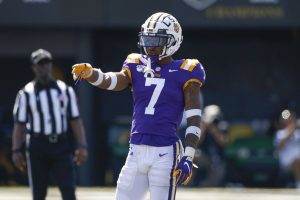 “Aggressive, urgent striker with good upside who posted a disappointing follow-up to an exciting 2018 campaign. His evaluation requires a full load of 2018 tape, where his coverage potential was better illustrated. He transitions with instinctive eyes and plays physically against tight ends. Willingness to rush in and hit has never been a problem in the alley or in his fits, but tackle inconsistencies have plagued him throughout his career due to angles and technique that could be challenging to fix. LSU sources say NFL teams won't be getting the alpha leadership Jamal Adams provided for the Tigers, but Delpit should find a starting role early in his career as a versatile safety with big nickel potential.” 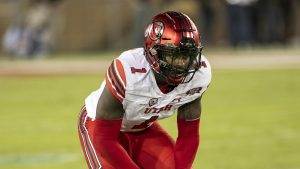 “Boundary bully with an improving skill set to clamp down on WR1s and limit their exposure to the football. Johnson is built for press, with the size, length, and athleticism to force receivers to work harder getting into their routes. His eagerness to stay tight to the route leads to inconsistent balance and positioning from time to time, but his foot quickness and agility allow for rapid recoveries. He's equipped to play the deep ball but needs to fully prove himself in that area. He's a physical press corner with off-man ability whose anticipation and ball skills should continue to help him make plays as a CB1 and first-round pick.” 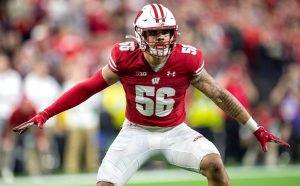 “Ascending prospect whose explosive production on the field has begun to mirror his explosive athletic traits. Baun's twitchy get-off and deep bend at the edge is nightmare fuel for Big Ten tackles and he's still at the early stages of pass rush development. He is aggressive to flow downhill in run support, has the sideline-to-sideline range, and is fluid dropping into coverage. He's strong but a little light as an edge-setter so teams will need to figure out how best to align him. Baun is a scheme-diverse linebacker with high-impact potential whose best days are ahead of him.”

Southern Illinois's Jeremy Chinn, Lenoir-Rhyne's Kyle Dugger, Penn State's Yetur Gross-Matos, and Minnesota's Antoine Winfield, Jr are just a few of the other names that are still on the board. This should make for an interesting second day of the draft.

It was pretty incredible that the 2020 draft class was as impactful as it was, given the circumstances they came into the league under....
Read more
Cowboys News

How many times do you stop to think about the fact that Oklahoma WR CeeDee Lamb fell to the 17th pick of the 2020...
Read more
Cowboys News

The Kansas City Chiefs and the Tampa Bay Buccaneers will meet in the Super Bowl in a week and a half. Cowboys fans are...
Read more

Cowboys Way! Mr. JERRY did it again. 2 for 2 and counting. COWBALLIN through the NFL.

How did staying put work out for the Cowboys in the 2020 draft. They made one trade up for the most valuable position on the OL…Center. If they had traded up they would not have the potential replacement for Travis Frederick.

Remember Jimmy Johnson, Bob Ackles, and John Wooten was making all those trades in the 90’s and not Jerry Jones. Jerry gave you Joey Galloway and Roy Williams the WR.