Defensive End Randy Gregory has had quite the NFL journey since being drafted in the second round of the 2015 NFL Draft by the Dallas Cowboys. He's battled his demons off the field and is now showing all the potential he had coming out of Nebraska.

On Thursday, it was announced that Gregory was voted a Pro Bowl alternate despite missing five games this season due to COVID and a calf injury.

Gregory has made the most of the opportunities he's gotten in the nine games he's played in. His six sacks, 15 quarterback hits, and three forced fumbles have all tied career-high marks. Also, Gregory's produced an interception, a fumble recovery, and a pass defended. With Gregory back and healthy, along with DeMarcus Lawrence who has been causing havoc since his return, the Cowboys' defense has a formidable pass rush coming off the edge, especially when Parsons is thrown in the mix.

After all the trials and tribulations that Gregory has been through and overcome, this recognition is well-deserved.

Good for him, he has come a long way and Cowboys were very patient with him. Looks to be paying off on both ends. Hope he continues to stay the course.

I remember folks talking mad crap about Randy after his second suspensions and throwing him under the bus. I am proud of the man

I’ll have to say kudos to ole Jerry on this one! If I was the one making the decision on him I’m afraid I would have sent him packing!! Hope he stays on course and turns out to be in the hall of Fame!

Ohh…congrats to young Nebraska! From working at Amazon to the Pro Bowl! 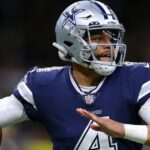 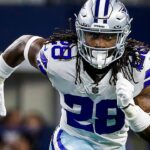