The Dallas Cowboys are loaded with Hall of Fame players. Names like Roger Staubach, Randy White, Troy Aikman, Michael Irvin, and Emmitt Smith have been enshrined forever in Canton, Ohio and another could be on the way very soon.

Former Linebacker/Defensive End DeMarcus Ware played for the Cowboys for nine seasons (2005-2013) and was one of the best pass rushers of his generation. On Friday, it was announced that Ware is one of the 15 finalists for the Hall of Fame class of 2022.

Being a first-ballot Hall of Famer is an honor that even some of the greatest NFL players don't get. However, with seven consecutive seasons of double-digit sacks (2006-2012) and averaging 11.5 sacks per season for his career, Ware has a great shot at achieving that in August.

Even if it takes Ware longer to get in, the fact that he's a finalist for the Hall of Fame in his first year of eligibility speaks to how dominant he was. 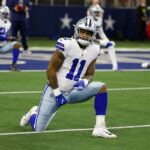 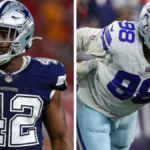