If you have one linebacker who can perform on a high level on your roster you've been blessed. Having two players with this capability should be a crime. The Dallas Cowboys, however, are in the rare position of having three at their disposal.

Jaylon Smith entered the NFL with a world of potential and a future of uncertainty. In his final collegiate game at Notre Dame against Ohio State in the 2016 Fiesta Bowl, he suffered a gruesome knee injury. He tore both his ACL and MCL which lead to him sitting out his entire first year in the NFL. After a strenuous rehab that lasted a year and a half, Smith has set the NFL on fire. 2017 saw him register 81 tackles as he still tried to find his groove and return to form. By last season, however, he put his name in the conversation with the leagues best at the linebacker position.

His 121 tackles are what will jump out at most fans but let's dig a little deeper. According to Pro Football Focus, his pass-rush grade of 84.8 ranked second among all linebackers in 2018. You can bet this contributed to his 4 sacks last season which is a high number for any player at the position. Also, his coverage grade (80.6) ranked 11th and his overall grade (84.5) ranked 6th.

This all from a man that just two years ago was wearing an Ankle-Foot Orthosis (AFO) device as he dealt with a condition called drop foot. Now the human-cyborg is causing sleepless nights for offensive coordinators league-wide.

Leighton Vander Esch generated plenty of headlines when he was taken in the first round of the 2018 NFL Draft, but not positive ones for the most part. The selection of the virtually unknown rookie was ridiculed by “experts” across the football landscape, but not for long.

He would shatter the Cowboys rookie record for tackles with 140. Last November in a game against the Eagles, he set the all-time team record for tackles in a game with 19. You want coverage skills well he's not lacking in that department either. He racked up 7 passes defended and was tied for the team lead with two interceptions. According to Pro Football Focus, his coverage grade (82.0) was 10th for all linebackers. To top it all off, his overall grade (85.7) was good for 4th at the position.

2019 can only be more productive for Vander Esch simply because he'll have more opportunities. He only managed 11 starts last season but lead the team in tackles and was named a pro bowler and a second-team All-Pro. 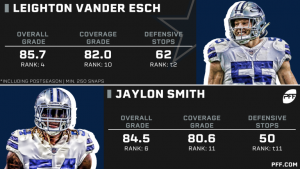 Smith and Vander Esch were the only set of teammates to both rank in the top 15 in tackles last season. They're entering years two and three of their careers respectively on the field, things can only get better moving forward.

The man that completes this trio is Sean Lee. At one time, his name was in the conversation with Bobby Wagner and Luke Kuechly for who was the best linebacker in the sport. Unfortunately for Lee, as has been the case for most of his career, the injury woes always seem to pop up. The Cowboys defensive philosophy can hopefully turn this trend around. Running mostly out of the nickel package, which requires only two linebackers, Lee will have his snap count lowered with Smith and Vander Esch doing most of the dirty work.

Lee is 33 going into the season with a lot of football miles and injuries on his body. Preserving him as much as possible while he still can perform at a high level is paramount.

The Cowboys top 5 rushing defense from a season ago was spearheaded in large part by Jaylon Smith and Leighton Vander Esch. Both have established themselves as two of the better coverage linebackers in the NFL as well. With Sean Lee taking less of a physical pounding going forward, the Cowboys can produce what I believe to be the best trio of linebackers on any team league-wide. Of course, they'll need the injury gods on their side but the pieces for an elite core of linebackers are there in Dallas. 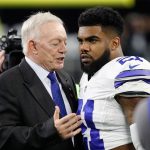 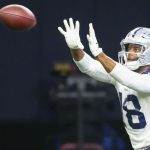