It’s difficult to find the words after watching the Dallas Cowboys perform (if you can even call it that) the way they did against the Indianapolis Colts. The team’s five-game winning streak came to an end in a disappointing showing in literally every phase of the game. The Cowboys walked away from this game with zero points on the board… zero. It’s the first time this franchise is shutout since 2003.

And despite such a bad game, guess what? There’s no need to panic. No, the Cowboys’ season is not over. No, it’s not the end of the world. Even if Cowboys Twitter tries to tell you otherwise. I’m here to ask you to take a deep breath…

The Dallas Cowboys are still one win away from being the 2018 NFC East Champions.

Now, granted, the loss was definitely painful and disappointing. It would’ve been great to watch Dallas get a statement win on the road against such a hot team. With the defense playing lights out all year, it was odd to watch them get picked apart by Andrew Luck and crushed by Marlon Mack. Tackling was disastrous as was the lack of pressure on the opposing quarterback.

On the other side of the ball, an already concerning unit managed to scare us even more. Play calling remains unbearable to watch, Dak Prescott continues to hold the ball for too long as he refuses to throw it away, and the offensive line’s downfall continues With Zack Martin out, Connor Williams didn’t really help much as the entire unit got consistently beat by the Colts’ defense. Not even Amari Cooper, who had been owning the NFL since week 9, was able to put up a decent showing this time around.

Everything that could have gone wrong, went horribly wrong. And yet, the Cowboys control their own destiny. 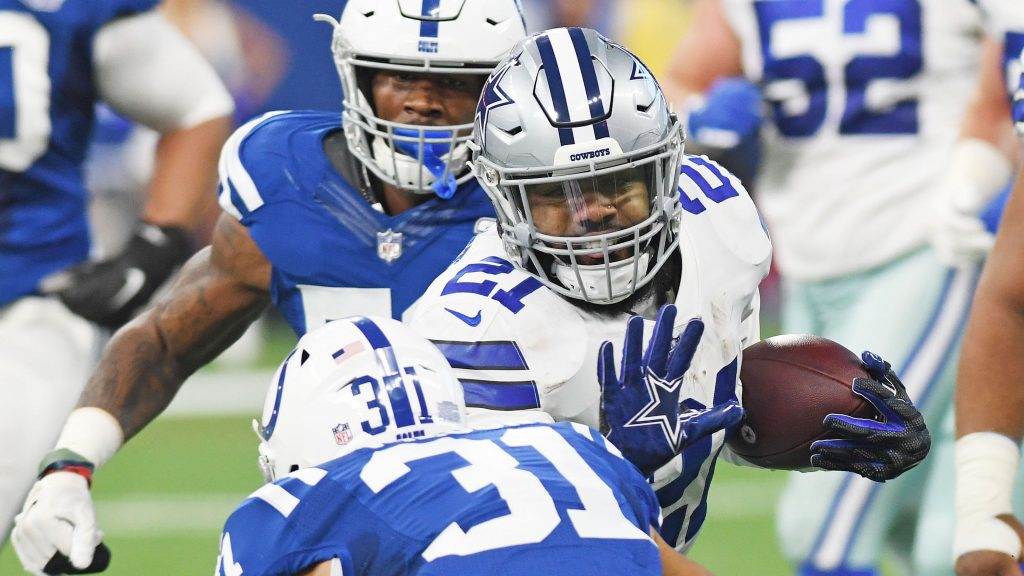 They don’t depend on the outcomes of any third party as they did in 2017. Sitting at 8-6, abandoning all hope on this team makes no sense. In today’s NFL, every football franchise is bound to have a bad game from time to time. That’s why the Seattle Seahawks (who currently have a Wild Card spot) fell this week to the 4-10 San Francisco 49ers. That’s also why the New England Patriots have suffered losses in back-to-back weeks. Even the Los Angeles Rams, the second seed in the NFC at the moment, were stunned by the Nick Foles-led Philadelphia Eagles!

It’s a competitive league. It’s as simple as that. If there’s one thing we’ve learned this season is that once January football is on, any given team can beat any other on the Playoffs. The New Orleans Saints, Chicago Bears, Los Angeles Rams, New England Patriots, Kansas City Chiefs, and Los Angeles Chargers have all proven to be beatable teams.

The Cowboys falling on the road against a very legit threat in the AFC is far from the end of the season. It’s high time we learn to avoid recency bias and stop making our final judgments on teams or players based on the last game we saw.

The Dallas Cowboys can still run the football. They have an offense capable of controlling the time of possession. And their defense is still a great unit with a quality pass rush and a great set of linebackers.

So, Cowboys Nation, I invite you to take a deep breath and repeat after me: “The Cowboys are still one win away from the NFC East title and are one pretty good football team.” Seriously, the season is far from over.

On to the Tampa Bay Buccaneers.

Tell me what you think about “Cowboys Nation, It’s Time To Take a Deep Breath” in the comments below, or tweet me @MauNFL and let’s talk football! If you like football and are looking for a Dallas Cowboys show in Spanish, don’t miss my weekly Facebook Live! show, Primero Cowboys!