Creating turnovers on defense will always put any team in a position to win games in the NFL. The Dallas Cowboys in 2021, unlike years past, have done a great job taking the away and setting up their offense, which is the top-ranked unit in the NFL, with short fields to put up points.

The Cowboys' defense is tied for sixth in the league with 14 turnovers and 10th in turnover differential at plus three. Also, they are tied for third in the NFL with 11 interceptions due in large part to Cornerback Trevon Diggs who leads all players with seven. The Cowboys forced a turnover in each of their first six games, but in their last two, they haven't created any takeaways.

Not only have the Cowboys not taken the ball away the last two weeks but their opponents are a plus-four in the turnover battle over that span. With the Cowboys having such a high-powered offense, getting turnovers on defense can put them in a position to build big leads. The Cowboys defense forced 12 of its 14 turnovers in the first five games which was a big reason for their 4-1 start.

After the Cowboys' worst performance as a team against the Denver Broncos last week, when their defense gave up over 400 yards of offense for the first time since Week 2, getting back to taking the ball away against the Atlanta Falcons this Sunday is just what the doctor ordered. It won't be that easy considering the Falcons have only given the ball away 10 times in eight games. However, if the Cowboys' defense can get back to their opportunistic ways, this game could get out of hand early.

The Cowboys had either won the turnover battle or broke even in each of their first six games. A seventh win of the season for Dallas will likely be on the menu if that's the case this Sunday. 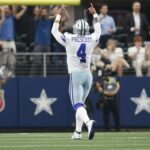 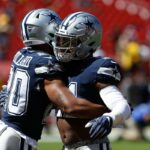