Cowboys Owner and GM Jerry Jones has had the platform to air his frustrations over the team's disappointing end to the 2021 season, watching a 49ers team that won the Wild Card Round at AT&T Stadium reach Sunday's NFC Championship Game at the Rams.

A Super Bowl matchup between the Rams and Bengals gives the Cowboys plenty of reasons to look in the mirror at their own shortcomings, but none more than the way both teams have gotten the ball to their top receivers. This was near the top of Jones' list of things he wanted to see more of from the Cowboys offense, be it Amari Cooper or CeeDee Lamb not matching their early season production down the stretch.

Jerry Jones' frustration with the #Cowboys offense is about not getting the ball to their top receivers. Both Super Bowl teams have all postseason.

The Rams latest “all-in” move may have been to add Odell Beckham Jr. to this playoff run, but Cooper Kupp has carried them all season as the NFL's leader in receptions, yards, and touchdowns. Opposing defenses can't key in on Kupp because of the other targets the Rams have, as well as a strong running game. The same should have been true of Kellen Moore's offense with the Cowboys, but as the run game faltered and passing game fell stagnant they did little to scheme WRs open the way Kupp consistently is.

In three playoff games, Kupp has an amazing 25 catches for 386 yards and four touchdowns. His 44 yard catch late in the fourth quarter at the Buccaneers helped the Rams knock off Tom Brady, a milestone win for Matt Stafford on the path to his first Super Bowl. 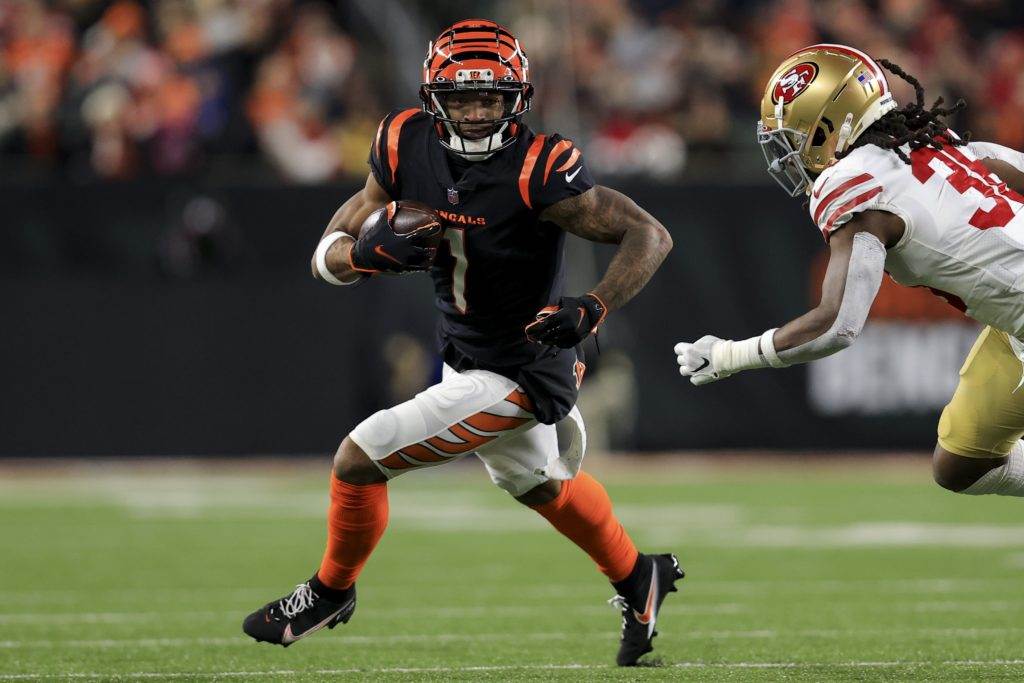 The Rams AFC opponent, the Cincinnati Bengals, are in the Super Bowl following a four win season thanks to Joe Burrow's connection with LSU teammate Ja'Marr Chase. Averaging an absurd 18 yards per reception, Chase helped the Bengals overcome offensive line issues by creating game-breaking plays down the field. Burrow was sacked ten times over his last two playoff wins, nine times in one road win at the top-seeded Titans, but recovered to put the Bengals in their first Super Bowl since 1989.

For the Cowboys, not being able to recover from offensive line issues was a glaring problem in need of addressing this offseason. Whether it's simply part of Dak Prescott's game that needs coaching, a shortcoming of Moore inexperience, or the lack of a quick game to get the ball out, Dallas has too much invested in OL still to see it derail such a promising season. 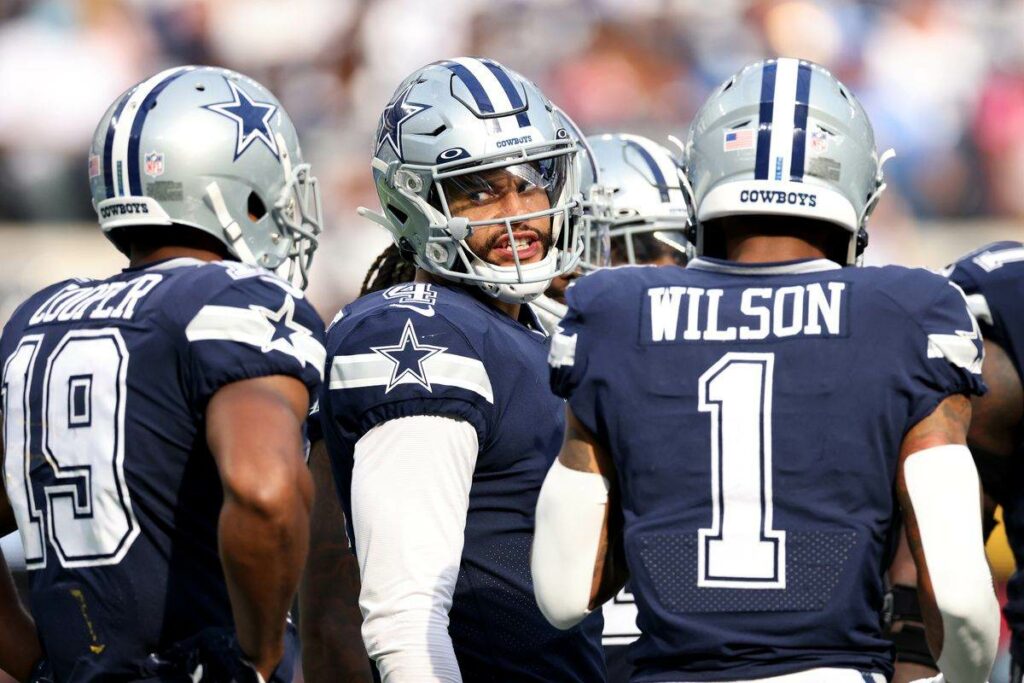 Ja'Marr Chase's first playoff run isn't as dominant as Kupp's, but his 20 catches for 279 yards and a touchdown is still a better three-game stretch than either Cooper or Lamb put up for the Cowboys this season. Cooper's best games came in weeks 1-3, with 19 catches and 189 yards with two scores. Lamb's came later in the season, but he was shutout of the end zone on 20 catches for 200 yards.

The Cowboys trying to sell their homegrown talent as a reason for optimism each season is nothing new, and likely the direction this offseason is heading with most major pieces on offense still under contract. If the parts are there, what's holding the Cowboys back from being as dominant as the Rams, or fixing things as quickly as the Bengals?

“Whether it’s DP needs coaching”??? The guy is going into his seventh year. If he doesn’t have his game down by now, he never will. Every year it’s something else, some other excuse(s) with this guy. Fans are growing weary of this. Maybe he is a semi bust. We know he is a real bust when factoring in the stupid contract. He looks lost at times. Throws over, and behind players way too much. The ONLY thing he does decently NOW is short passes to DS.

He is a product of the weak competition in that division, and still living off his rookie season when EE was EE.

Right on the money VAM. It is hard to be a great receiver without a great qb. Their is no telling what these guys stats would look like if they had a qb who could anticipate and hit them in stride. Hundreds of yards and td’s are not earned by the Boy’s wr corp because they are rarely hit on the move and in stride. I don’t see a lot of crossing routes and slants run because I don’t think the coaching staff trusts him throwing the ball over the middle of the field. Irvin’s bread and butter was the slant.

Cooper is just an average receiver . He is not fast, does not have good hands. Jerry overpaid him and now throws blame that his overpaid guy is average.

I have said this before, even before he got a big contract. Dak is a good qb but no elite. As its mentioned above he lacks anticipation, his throws are either behind or infront of the receivers. He also lacks on the reading defenses department constantly missing a wide open receiver and locking into Lamb or Cooper. Jerry Rice wasn’t fast but his was always getting big yards after the catch because Montana always threw the ball to the receivers advantage. Daks stats look great against low competition but against good or great competition he is lost.

Wow. So you guys think Matthew Stanford is an elite quarterback?

You think Jimmy G. is an elite quarterback?

Cowboys have plenty of talent. You guys might think that Cooper Kupp is running free 30 yards downfield because he’s so much faster than Amari Cooper, but do you have numbers to prove that?

Dallas needs better coaching. It took a few games for teams to catch up with Kellen Moore, but he has to do better.