If the Dallas Cowboys can get that rare playoff win this Saturday night against the Seattle Seahawks, they won’t be able to make travel plans right away. Dallas would have to wait for the outcome of Sunday’s game between the Chicago Bears and Philadelphia Eagles to know where they’re headed in the second round.

The Bears were the #3 seed in this year’s playoffs and the Eagles were lowest at #6.  The Cowboys-Seahawks game features the #4 and #5 seeds.

The New Orleans Saints and Los Angeles Rams, currently enjoying their bye weeks, were the #1 and #2 seeds.

So, if Chicago holds the fort at home, they will go to Los Angeles the following week. The winner of the 4/5 matchup between Dallas and Seattle would go to New Orleans.

But, if Philly were to upset Chicago, that would make them the lowest remaining seed in the second round. That would send them play the Saints and then the Cowboys or Seahawks would face the Rams.

Given this scenario, some Dallas fan may actually find themselves rooting for the Eagles on Sunday. 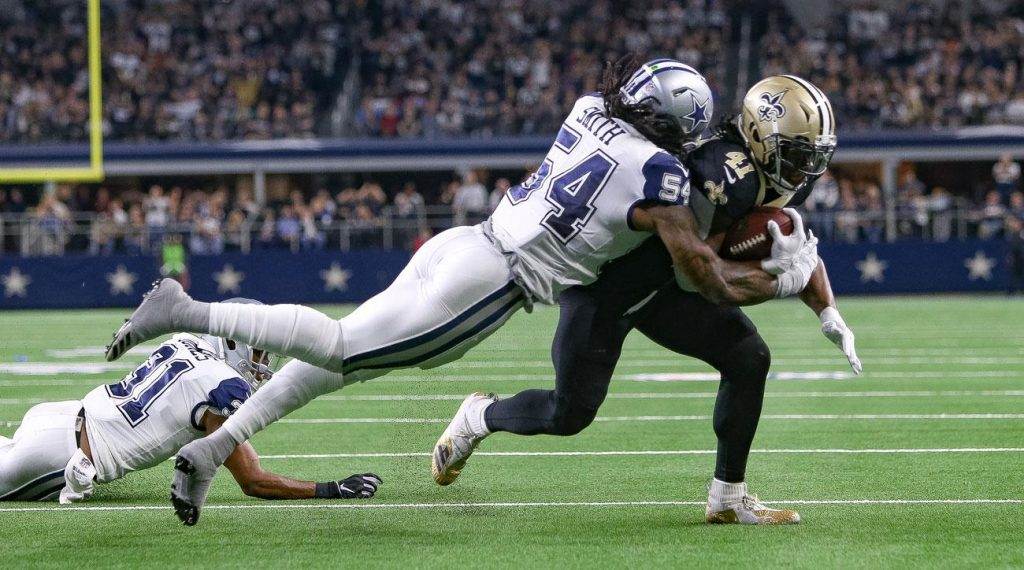 The Cowboys’ best regular season win came in Week 13 with a stunning upset of New Orleans, who were on a 10-game win streak at the time. The Saints marched into Dallas as the hottest team in the NFC and left with a black eye.

But a rematch in the playoff would be in the Superdome, not AT&T Stadium. Dallas hasn’t won a game there since 2009 and is 1-5 in the last 20 years.

More importantly, the Saints wouldn’t be surprised a second time around. They saw Dallas’ best stuff in Week 13 and would devise a plan to counter it.

Meanwhile, the Cowboys haven’t played the Rams this year. They last met in 2017 and swapped blows in a 35-30 shootout that Los Angeles eventually won.

And if you just boil it down to facing either Drew Brees or Jared Goff in a playoff game, the choice seems pretty clear.

Of course, Dallas has to handle business against Russell Wilson and the Seahawks before any of this matters. And that’s hardly a given; Seattle is arguably a stronger team with more momentum right now than the Cowboys.