When cut-down day arrives for the Dallas Cowboys, the team's decision making ability will really be put to the test once they get to the wide receiver position. The Cowboys have plenty of young talent there and choosing the players that will make the 53-man roster won't be easy. Unfortunately, you can't keep them all.

With the Cowboys offense set to take the next step in 2019 under Offensive Coordinator Kellen Moore, the team has to get WR right. Since the offseason, we've seen many things from the team's wide receivers that make us wonder who's better than who and who should wear the Star once September comes around.

Today, I share with you my power rankings for the Dallas Cowboys' wide receivers.

It's really not necessary to discuss the Cowboys' top three wide receivers. We know there is absolutely no way they fail to make the roster. Amari Cooper, Michael Gallup and Randall Cobb are expected to be the team's starters. Cooper proved he can be a big-time threat as the Cowboys WR1 after many questioned his future following his struggles as an Oakland Raider.

Gallup has had an impressive offseason and preseason, building on his very solid playoff work from last January. This guy is poised for a breakout season and has even shown flashes of having WR1 talent. For now, though, he should be a great number two for Dak Prescott.

As far as Randall Cobb is concerned, he should be more than a decent slot receiver for Dallas replacing Cole Beasley.

Don't worry about the three starting wide receivers. They should be a very good unit.

I might be high on Cedrick Wilson, but I really believe he can be special for the Cowboys. I put him at number four because I believe he's the most balanced player among the other wide receivers. Before going down injured versus the San Francisco 49ers in preseason, he was having himself quite a performance, shadowing undrafted rookie Jon'Vea Johnson, who was supposed to steal the show at WR.

I liked him as a prospect coming out of Boise State last year and I still do. I believe he'll make the roster. He's also shown he could have a role as a returner on special teams. 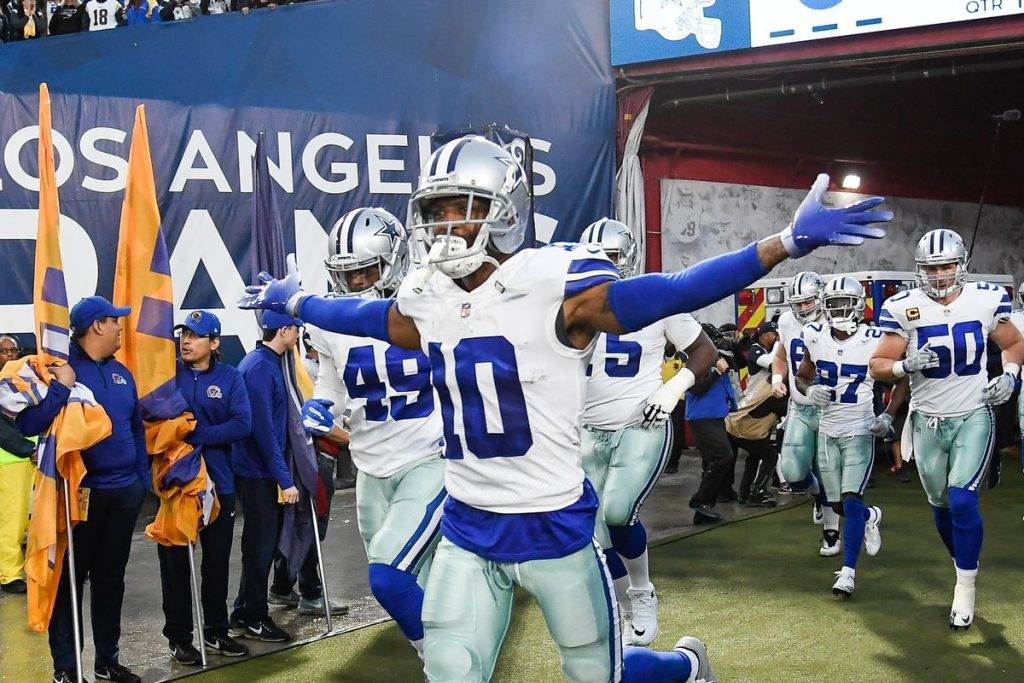 Austin didn't have a chance to prove his worth in 2018 after being out most of the season due to injury. With him returning and being in the thick of the WR battles, he'll likely have a spot on the roster. He has potential to play in the slot and steal a few snaps from Cobb while also being a threat for opposing defenses in the deep game thanks to his speed. Not to mention, he's expected to be a contributor on special teams.

Often, I'm surprised by how many in Cowboys Nation feel about Noah Brown. However you may feel about the team's 23-year old receiver, don't expect him to be cut from the team.

We know the coaching staff values his blocking skills very much. Plus, he has upside as a receiver and could develop into a more serious weapon on offense. With the Cowboys set to carry only three tight ends, Brown is an important player for this football team.

I expect the Cowboys to carry six receivers on their roster, so this would be where I expect the front office to start making cuts. Devin Smith has shined lately, specially against the Los Angeles Rams last Saturday when he hauled in a TD pass from Cooper Rush.

He has a chance to make the roster if he keeps turning heads, but right now, I have him in the outside looking in.

The undrafted rookie from Toledo was having a very strong offseason but his stock has been falling since preseason began. Unfortunately, Johnson's route running and ability to create separation aren't enough if his drop issues continue.

Hopefully, the Cowboys can keep him for the practice squad and continue to develop him because he really seems to be a special player. Right now, though, there are other guys the team should get on the team.

Another undrafted rookie that made plenty of noise in the offseason. Sadly, we didn't see much from Guyton in preseason. This is another guy who could make the practice squad, but his chances of making the 53-man roster seem almost nonexistent right now.

Davis' chances of making the team took a huge hit when he muffed fumbled a punt versus the Rams last week. When you're fighting for those final spots, you can't make those mistakes on special teams.