The new year often brings resolutions – as people look to find their new and improved selves as the calendar turns.

“New year, new me” the saying goes, and the Dallas Cowboys have turned quite a few pages as 2020 has gotten underway.

Firing longtime head coach Jason Garrett was a change that while seemingly overdue, was also far from easy for the Cowboys organization. Garrett has been coaching in Dallas since taking over as the offensive coordinator in 2007, and has been the team's head man since the middle of 2010. He's been relatively successful as the head coach as well, winning three division titles and keeping the Cowboys “in the mix” each and every season.

Still, as running back Ezekiel Elliott alluded to this week, sometimes change is needed even if it is hard to initiate.

“Change is hard, but sometimes good. Sometimes you need change. We'll see what we have going for us,” Elliott told Calvin Watkins of the Dallas Morning News at the Pro Bowl this week, speaking to the “weirdness” around the team now that the head coach has changed. 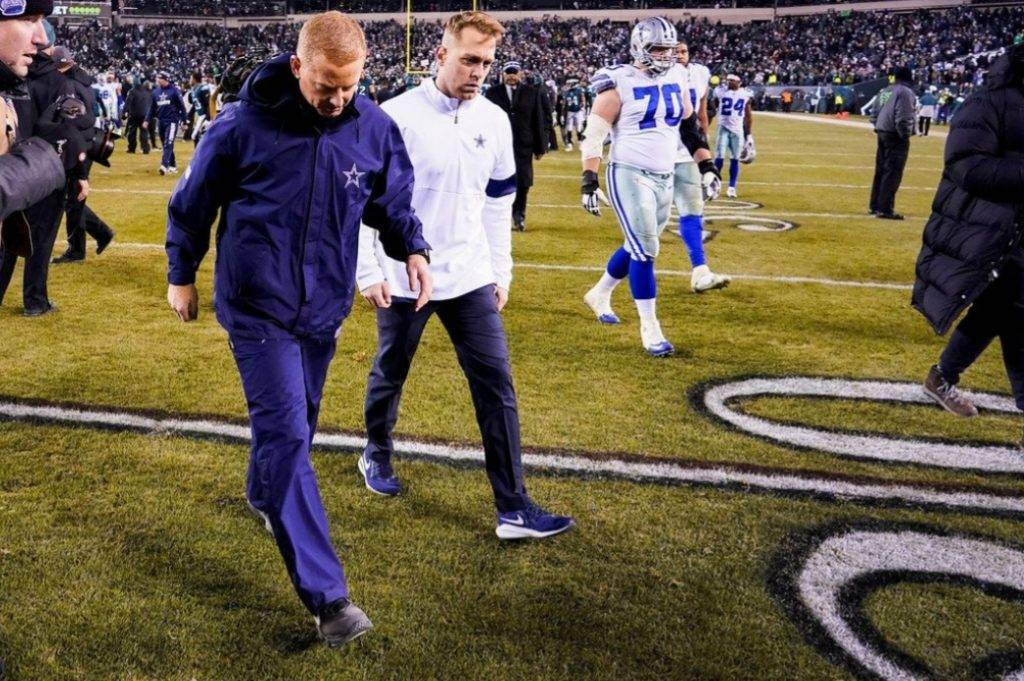 Elliott is right. Moving on from the norm is always a difficult thing to do, especially when ownership wanted Garrett's tenure to work so bad. Garrett has been a consistent force in the building, imprinting his character onto this football team in numerous ways.

But despite being hard, change was the right move.

We can (and likely will) argue for months about whether Mike McCarthy was the right hire or not, but a new voice was very obviously needed at The Star. Dallas needs an outside influence, someone who can bring in some freshness to try to break through that divisional round ceiling hanging over their heads.

For Elliott, as well as much of the Cowboys roster, Garrett is the only coach he's known at the NFL level. There will likely be growing pains, but this change was inevitable after such a disappointing 2019 campaign.

Kevin Bradyhttps://kevinrobertbrady.wordpress.com
Die-hard Cowboys fan from the Northeast, so you know I am here to defend the 'boys whenever necessary. Began writing for a WordPress Cowboys Blog, and have been with ITS since 2016.
Previous article
Did a Cowboys Executive Just Take a Shot at Free Agent CB Byron Jones?
Next article
Football 101: What Does “Language” Even Mean?

to me as a longtime fan, jason built a very nice solid foundation and change was VERY much needed to take us to the elite level, it also seems that big MC mike seen this right out the door and right away brought in his PROVEN football guys at the very respected position coachs he knows and has a proven track record with already to INDEED take us and there and get what we all really have been yearning for since the great jimmie johnson, may I say HOF jimmy gave us all!!! congrats JIMMIE JOHNSON ,you truly SPOILED all us cowboys fans in your tenure, we still as a fan base can’t get our minds clear of what we,as a collective team, could have really been if goofy but very caring jerry didn’t let you walk away, we still all miss ya jimmy, and best wishes to your and your family on a superior honor you deserve!!!!!

I just hope Zeke puts more effort in next season, i felt he got lazy after his contract signing.