There is no down time when you cover the Dallas Cowboys.

America's Team is prone to stealing headlines, and even on their bye this week, Dallas found a way to be the main story heading into the league's Thursday night game. The Cowboys traded a conditional seventh round pick for defensive lineman Michael Bennett, essentially trading a worthless pick for a lottery ticket which could enhance their defensive line.

Bennett is a three time Pro Bowler and a Super Bowl champion, and despite being on the downslope of his career will still offer pass rushing upside. A unit with DeMarcus Lawrence, Robert Quinn, and Michael Bennett getting after the quarterback on third down is one any opposing offense should fear.

But I'll leave the exact Bennett roster fit conversation for my colleagues. The biggest reason this trade excites me? For the second year in a row, the Cowboys are being about it. Not just talking about it.

Stephen Jones made his 2019 goal clear: take the next step.

The Cowboys have failed to advance further than the Divisional Round of the postseason in 23 years, and have now lost in that second round two times in three seasons. They know they need to make changes to get themselves to the mountain top. They've talked a lot about being aggressive enough through trades, free agency, and the draft to take this step.

And, for the second consecutive year, Jones and the Cowboys have actually done it.

Of course, this is not the Amari Cooper trade. Last year Dallas traded a first round selection to acquire Cooper, a move which transformed their offense and saved the job of head coach Jason Garrett. The trade completely changed the course of the Cowboys 2018 season, Michael Bennett will not do that.

What Bennett will do, however, is provide much needed help to the Cowboys edge rushers. DeMarcus Lawrence is seeing more double teams than just about anyone in the league right now, and Robert Quinn has been gaining increased attention from opposing blocking schemes as well.

With Tyrone Crawford out and some of the Cowboys young rushers clearly not ready, Bennett should help to alleviate these veteran rushers on passing downs. And, even if he doesn't, this is still a trade worth making if you are trying to find advantages in the margins come playoff time.

Michael Bennett brings immense postseason experience, and instant credibility on the defensive line. I love this trade, especially considering how little the Cowboys had to give up to make it.

Seventh round picks are basically worthless in the NFL. Sending one off to rent a proven veteran at a premium position is always a good idea.

And it's certainly a good idea when the goal is to take the next step.

The front office’s commitment to win NOW is reflected in the many moves made, NOT JUST COOP. Austin – Cobb – Quinn – Hyder -Covington – Bennett. I wish they had drafted one of those top shelf 3 Safeties instead of Hill and gotten a stud DT in free agency but oh well. 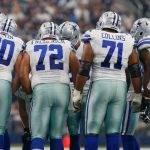 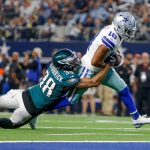