There’s little margin for error for the 2019 Dallas Cowboys. At 5-4, it’s time to try and finish the season with ten wins for a realistic shot at the playoffs. Things haven’t gone well for the Cowboys lately as they’ve won two of their last six games. Maybe they aren’t as bad as their record indicates, but they deserve their losses.

It’s time to get back on track against a Detroit Lions team that won’t feature Matthew Stafford at QB. Many things should go right yet many things can go wrong. Let’s get to this week’s Cowboys Wishlist!

Despite the loss, Dak Prescott and his offense dominated long third downs versus the Minnesota Vikings last weekend. Dak played at an MVP level and his receivers were on fire as well. Amari Cooper had three insane catches and Randall Cobb also showed up in big moments for the Cowboys. They lost for many reasons, but Prescott’s execution on third down wasn’t one of them.

Now this is crazy great.

But you know what’s better than converting a lot of third downs? Not having to face third downs at all. As much as we’re happy with how well Dallas did in that scenario, we hope to see a lot less of the “money down” in Detroit.

All signs point toward Safety Jeff Heath missing this week’s game. The Cowboys will head to Detroit without any expectations for Heath, which will open the door for playing time to other young safeties. Safety has been a position of need for the Cowboys for quite a while now and today we’ll get to see if there’s anything to talk about with playing time for the backups.

Darian Thompson has been the guy in place for Jeff Heath, but let’s not forget about rookie Donovan Wilson, who impressed us a lot during the preseason. Also in the mix will be former second-round pick Josh Jones, who was signed to the Cowboys’ practice squad in October.

Whoever it is, I wish someone steps up and hopefully provide an upgrade at the position. 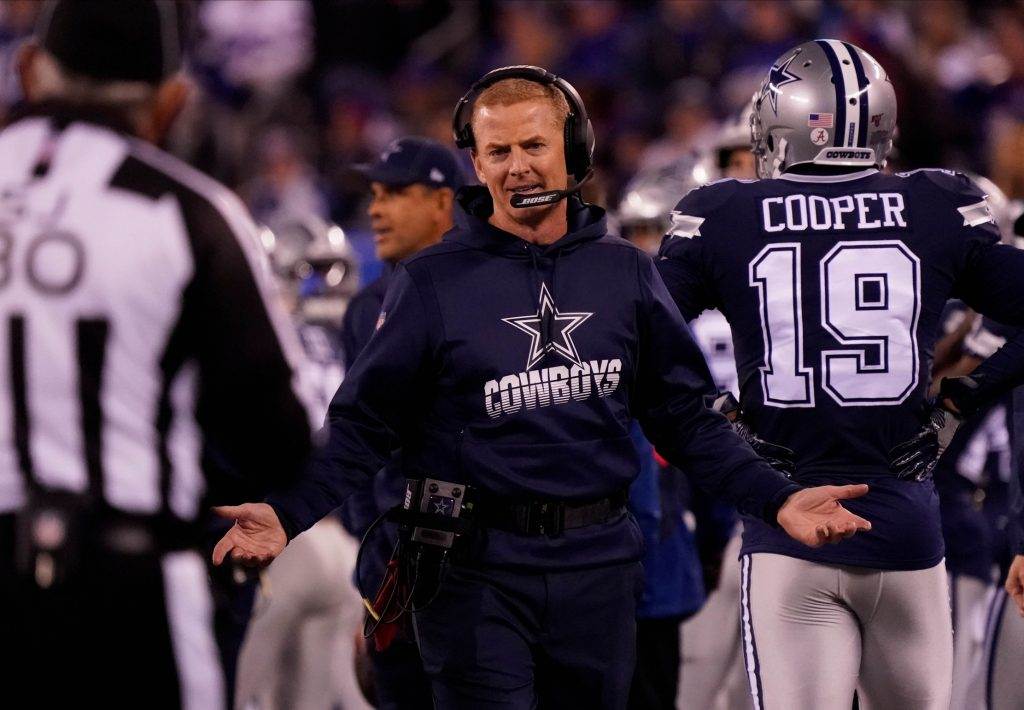 If somebody told me “Start slow” was the mantra the Dallas Cowboys decided to use instead of “Finish the Fight” I would’ve believed it. This football team is allergic to starting a game on the right note. They rarely score first-quarter touchdowns. They led the Philadelphia Eagles early on week 7, but other than that they’ve really struggled to start fast against any opponent.

The Cowboys 5-4 record might not tell the whole story about this football team, but their slow starts have kept them from playing with a lead in 2019 and are a huge reason why they have four losses to their name. If they’re able to figure it out, this team could be a real threat in January.

Wish #4: Use Tony Pollard and Ezekiel Elliott in T-Formation Variations

I loved what the Cleveland Browns pulled off against the Buffalo Bills last Sunday. With Kareem Hunt back in the lineup, the Browns have used him alongside Nick Chubb. Versus the Bills, they were creative enough to use variations of the T-formation plenty of times. It was effective for the Browns and I couldn’t help but wonder if the Cowboys’ running backs could do something similar.

.@Browns introduce their version of the “Wing-T” formation and variations with @bakermayfield @NickChubb21 & @Kareemhunt7 and it was Uber Effective. I think the possibilities are endless and going to be a boost to this offense. #BaldysBreakdowns pic.twitter.com/b3T4AuB88w

We know Ezekiel Elliott is a good blocker and Tony Pollard is a capable running back. It would be exciting to see Kellen Moore try something like that with the Cowboys. This wish is certainly a long-shot, but overall I wish Pollard gets more participation in the upcoming games.

Tell me what you think about “Cowboys Wishlist: Use Tony Pollard and Ezekiel Elliott in T-Formation” in the comments below, or tweet me @MauNFL and let’s talk football! If you like football and are looking for a Dallas Cowboys show in Spanish, don’t miss my weekly Facebook Live! show, Primero Cowboys!