The Dallas Cowboys took the Washington Football Team to the woodshed on Sunday Night. The defense dominated again, forcing two more turnovers, including an interception that went to the house courtesy of DeMarcus Lawrence. Dallas held Washington to 3/13 on third downs, and they now lead the NFL in opposing third-down percentage (31.2%).

The aspect of the win that was most important was the offense getting back on track. It was an offensive explosion on Sunday Night for Dallas.

Dallas amassed 497 yards of offense while going 10/15 on third downs and a remarkable 6/6 in the red zone.

Dallas led 42-7 at halftime and benched their starters before the fourth quarter. The offensive performance in the first half was even more impressive.

The Cowboys struggled a bit on first down the past several weeks. On Sunday, Dak Prescott earned the third-best first down passer rating in week 16 (127.6).

Prescott was the first Cowboy to pass for four touchdowns in a half since 2013 when Tony Romo accomplished that feat. He was also the first player to pass for a touchdown to a wide receiver, tight end, running back, and offensive lineman in the same regular-season game. Kurt Warner did this in a 1999 NFC Divisional playoff game.

Prescott looked more comfortable on Sunday. He used his legs to pick up some first downs, which he has been criticized for not doing over the past few weeks when he has had the opportunity. Prescott added 2.3 expected points with his running during the game.

He also was finally able to push the ball downfield, something the Cowboys’ offense had struggled to do for much of the past month.

The Cowboys, in total, had seven passing plays of over 15 yards and had 15 passing plays of ten or more yards. It was a sight for sore eyes for Cowboys fans, as this Prescott-led offense finally started to resemble what we all saw during the first half of the season.

Credit also needs to be given to Kellen Moore and the wide receivers. Moore looked more in control calling the game and dialed up some excellent play calls. To their benefit, Dallas utilized the no-huddle a lot in this game, something they should do more of going forward.

The receivers who have been struggling were able to get open and find soft spots in the defense.

After the blowout win of Washington on Sunday, the Cowboys now possess the number one offense in yards and points.

As long as we play fast and keep an up tempo , this offense will keep opposing defenses off balance! Once we start using every second on the play clock to run a play it gives the opposition time to set their defense and will be harder to execute our play! 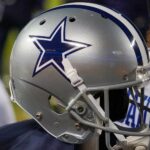 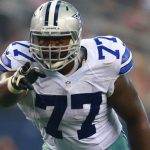