The era of the superstar is in full swing around the NFL, with quarterbacks Deshaun Watson and Russell Wilson each reportedly looking to get out of their current situations. But while the drama circling two of the league’s best signal callers continues, it feels to some that Dak Prescott is getting lost in the shuffle.

One NFL Executive told The Athletic’s Mike Sando that Prescott “is kind of lost in this” while “everyone else is complaining.”

Prescott has been the quietest of these three star quarterbacks, but by no means should he be lost at all. He arguably has the brightest future of any of the three, and would be a welcomed upgrade at quarterback for about 95% of the league. 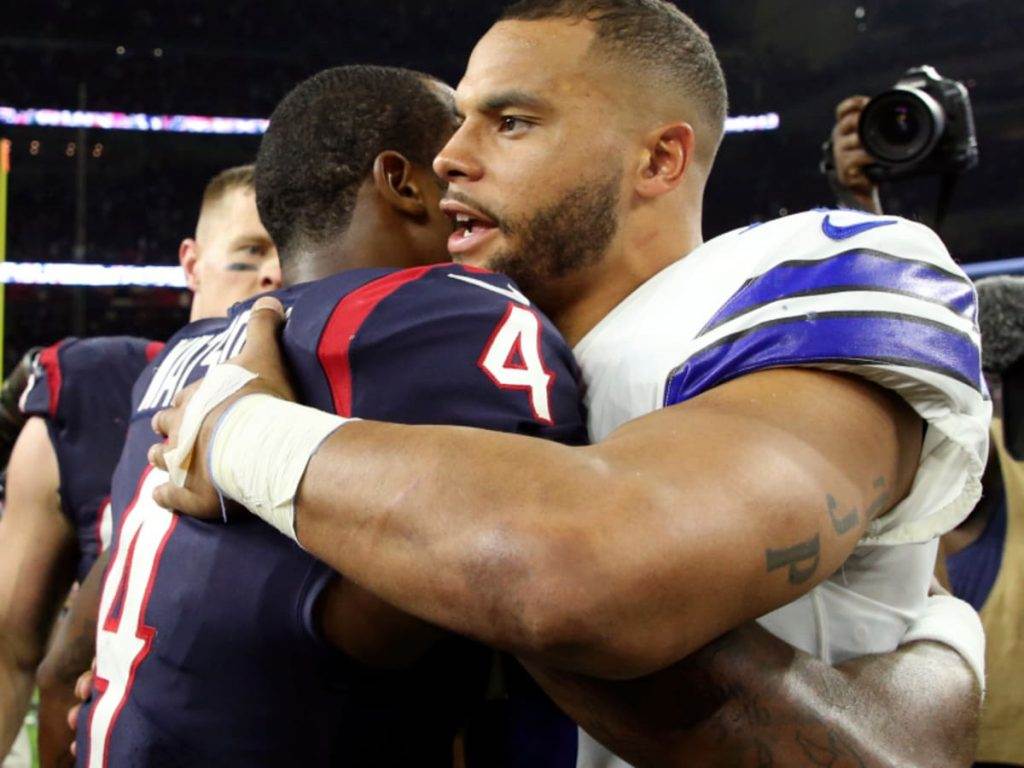 Prescott’s situation is different from that of a Watson or Wilson, though. Unlike those guys, he is an unrestricted free agent currently, meaning that unless he gets the franchise tag he will be able to freely choose his next destination. Both Wilson and Watson already signed their “franchise quarterback” contracts, which they are now each reportedly trying to get out of.

Let’s be real, though. Unless an almost unprecedented tag and trade deal is worked out Dak Prescott is going to be a Cowboy in 2021. He has all the leverage here, and the Cowboys lack any sort of viable backup plan if they were to lose him for this season.

Of course, Dak Prescott is coming off of a severe ankle injury that ended his 2020 campaign prematurely, but assuming he is ready to go for 2021 he should be back among the best quarterbacks in football.

He may not be making the public noise that some of his peers are, but Dak Prescott’s contract situation is definitely being closely monitored by NFL front offices.

And if the Cowboys aren’t careful, those same front offices will begin to swoop in to steal their franchise quarterback as soon as they can.