To everyone’s surprise the virtual draft was a huge success, leading the NFL over 55 million views for the three day event, A new draft ratings record.

With the effects of COVID-19 being felt around the world, the league caught a lot of flack for putting on the event as scheduled. Many thought that without fans the excitement wouldn’t be there, plus there were concerns about frequent technical difficulties and that overall it would be unwatchable.

Instead, the draft was a welcome distraction for sports fans who had gone months without any sort of sporting events. It gave them a release from reality for a few days and huge need for their psyches.

However, the success of the draft wasn’t even the biggest surprise of the event. It was the Dallas Cowboys and their extreme value picks.

Going off reports, draft boards, mock drafts, etc. most of the players the Cowboys took were supposed to be gone before they could get their hands on them. Instead, the league allowed the Cowboys to draft both best player available and address needs in a greater way than people expected.

Overall, this looks like Dallas’s best overall draft since 2016. Here’s how the picks graded out. 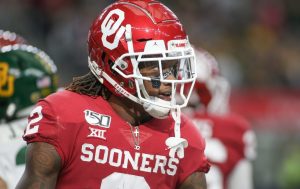 This was the biggest “Whoa!” of the first round, and maybe the whole draft. It’s crazy that arguably the best receiver in the draft, a player with over 3,000 career receiving yards, 32 touchdowns, a Biletnikoff finalist and an All-American falls to the Cowboys the way he did.

Many expected Lamb to be gone well before 17, landing somewhere like Las Vegas or San Francisco. When he made it to the Cowboys it not only filled their WR3 need but prevented CeeDee from potentially landing in Philadelphia.

Most people, me included, thought someone like K’Lavon Chaisson would be the obvious pick. Safe to say we’re all happy Jerry chose to ignore us.

Another value pick, Trevon Diggs was a reported possibility for the Cowboys with their first round pick. Low and behold, he was there in the second round for them to scoop up. It’s odd to see playmakers from Alabama not get picked in the first round.

This move got a lot more love from media outlets after the Lamb pick, believing that cornerback was one of their two biggest needs on the team. More specifically, cornerbacks who create turnovers.

The big, strong, athletic corner caused eight of them in two years as a starter, getting a lot of love with draft grades ranging from a mid-to-late first to an early second round pick.

Diggs looks like a plug in starter for a secondary who desperately needs play-makers to create turnovers like he did at Alabama. The number one corner after Byron Jones left in free agency is vacant. Trevon Diggs is someone who, at the very least, gives hope. 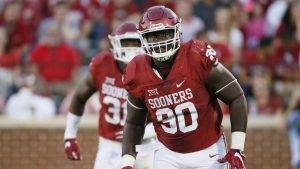 Crazy to think that at 51 Gallimore was in consideration for the pick. But the Cowboys chose Diggs instead with the belief that if they didn’t take him now, he’d be gone. They rolled the dice by risking losing Gallimore, and once again fortune favored the Cowboys.

Gallimore played all four seasons at the University of Oklahoma, being one of their more flexible defenders by playing all over the defensive line. His senior season he earned 2nd Team All-Big 12 honors with 6.5 tackles for loss and four sacks.

He comes into a great situation to learn from another Sooner and future Hall of Famer, Gerald McCoy. Neville will get a chance to earn snaps in rotation, eventually earning the chance to be the starter. Until then, the Cowboys ended up in a great situation. 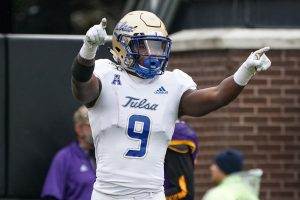 This was an interesting pick. Of all the picks the Cowboys had, no one had a bigger night-and-day performance from 2018 to 2019 than Robinson did.

Injuries and primarily being a special teams player limited his action until his senior season where First-team All-ACC with three interceptions and 13 pass breakups. It’s also a possibility that his injury history hurt where teams saw him as a prospect.

A lot of people thought their first pick on day three would possibly be an edge rusher or a safety but the Cowboys kept to what they had been doing and took a player that had been flying up draft boards. A player that probably was supposed to go in the third round was grabbed one round later.

His size (6’1” 205 pounds) and speed (4.44 40) are interesting too. It’s possible that even though they didn’t draft a traditional safety, I wonder with the reports that the Cowboys are looking to try one of their corners at safety that they may look to someone with Robinson’s attributes. Either way, the secondary has more help and another great addition. 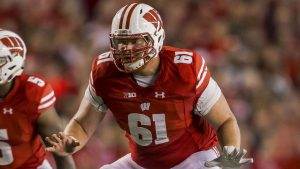 The most questionable moves the Philadelphia Eagles made during the draft were taking Jalen Raegor with Justin Jefferson still available, picking Jalen Hurts in the second. and agreeing to a trade with a rival. That latter decision allowed the Cowboys to come away with an All-American and Remington award winner.

When Travis Frederick retired earlier this year, people were shocked. The Cowboys seemed to have had an idea it might happen last year when they drafted Connor McGovern, another highly rated Big Ten offensive lineman who looked like an emergency player or possible successor. However, the Cowboys probably wanted to make sure that if they’re replacing arguably the best center in franchise history then they have as many options as possible.

Now they’ve got a reliable vet, a second year player who will be a strong candidate to start, and a center who was thought to be gone in the second round from the same school Frederick came from.

Even if Biadasz never becomes the franchise center and only serves as a reliable backup, it’s nice to know it only cost them a fifth round pick. What’s better is if he turns out to be the man in the middle, then he was stolen on day three. 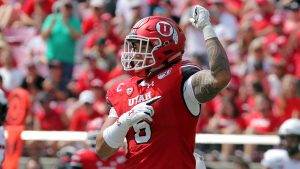 Simply put, Anae should NOT have been there. Of all the value of each picks the Cowboys made, this one had arguably the most value in terms of where he was supposed to go and where he actually ended up.

His draft grade was as a third rounder, maybe fourth. Not only did he fall to the fifth but the very last pick of the round, by far the biggest steal they had from a ranking perspective.

Anae is not the speedy, finesse type of edge rusher that Quinn is. He’s not very fast, but he’s powerful. He’s a traditional run at the tackle and either chop or swim move his way to the backfield. Obviously it worked since he was able to use them to get 40 tackles for loss, 29.5 sacks and earn a consensus All-America title.

He’s going to be one of the most fun prospects of this draft and could wind up being the biggest steal of the entire thing. Make no mistake, he’s the real deal. 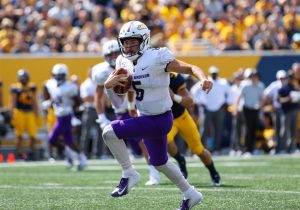 Admittedly, I didn’t know anything about this player. If the Cowboys were going to draft a quarterback, like it was reported they were considering, I thought it would be someone like James Morgan from FIU or Anthony Gordon from Washington State.

Once you turn on DiNucci’s film though, you see some of his potential. He’s got a nice arm, accurate and is mobile.

DiNucci was a 2019 FCS All-American and National Champion. He threw for 3,441 yards, 29 touchdowns on over 70% passing, along with 569 yards and seven touchdowns, and coincidentally has got a prior connection to head coach Mike McCarthy. DiNucci’s high school basketball coach was McCarthy’s brother.

This was the only questionable pick the Cowboys had since there were still some valuable players that hadn’t yet been drafted like Hunter Bryant or Quartney Davis. However, it was revealed that if he was likely going to be an undrafted free agent and sign with either Cleveland or Chicago, the Cowboys made it a point to secure him.

The Cowboys would like DiNucci to be their Jimmy Garoppolo or Jacoby Brissett; a talented quarterback that they can develop for someone else that they can later flip for a high draft pick. The good news is that even if it doesn’t work out that way, it only costs the team a seventh round pick. Low risk, high reward.