The Dallas Cowboys are currently on a two-game losing streak after starting the season 3-0. The defense was lights out two weeks ago against the New Orleans Saints holding them to just 12 points on four field goals. However, the offense struggled and only produced 10 points themselves as the Cowboys suffered their first loss. Last Sunday against the Green Bay Packers was a disaster from the start as turnovers early put the Cowboys behind several scores and they never recovered. A late flurry in the second half came up short as they lost their second consecutive game 34-24.

This week the Cowboys head to Metlife Stadium to take on the New York Jets. This current two-game skid has allowed the Philadelphia Eagles to draw even in the standings with the Cowboys with a showdown for first place in the NFC East looming between the two next weekend in Arlington. Here are three key players to watch as the Cowboys look to get back on track and improve to 4-2. 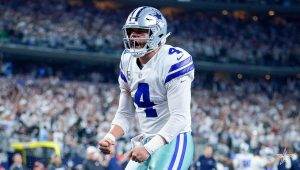 Dak Prescott started off the season on fire with 920 yards and 9 touchdowns in the first three games. Against the Saints, he didn't have a bad game statistically going 22 of 33 for 223 yards but he and the offense could only muster 10 points in a tough road loss. Last week's game versus the Packers saw Prescott set a new career-high with 463 passing yards. However, 329 of those yards came in the second half after the Cowboys were down 24-0 as the team desperately tried to fight it's way back into the game, eventually coming up short 34-24. I would look for some quick and easy throws early this week to establish a rhythm, maybe even some screens to Ezekiel Elliott. Spreading the ball around to Amari Cooper, Michael Gallup, and Randall Cobb will keep the defense honest and not allow them to key in on Elliott. Prescott has thrown 4 interceptions in the last two games so getting some confidence early will be key Sunday. 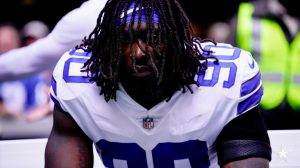 In April, All-Pro DeMarcus Lawrence signed a five-year 105 million dollar extension with 65 million in guarantees. With 25 sacks to his credit over the previous two seasons, there were very high expectations for Lawrence with his new paycheck. His season has gotten off to a slow start the first five weeks as he has only registered 7 tackles and 2.5 sacks. Some of that can be attributed to him facing double teams more than any other edge rusher in the NFL this season. With a 21 million dollar per year salary, there has to be more production, that just comes with the territory. Lawrence needs to set the tone in the trenches on the defensive side of the ball. Also, Robert Quinn getting back to the high-level of play he displayed in his first two games as a Cowboy will definitely help free up Lawrence coming off the left side. The All-Pro should to take full advantage of a below-average offensive line and have his first dominant performance of 2019. 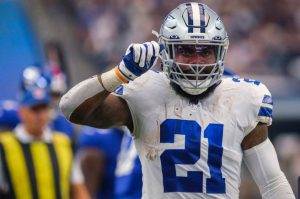 The 2019 season has been up and down so far for Elliott. After his usual slow start in the season opener, he had back to back 100-yard performances against the Washington Redskins and Miami Dolphins. The previous two weeks haven't been as productive due in large part to Elliott only having 30 total carries over that span. Against the Saints, he only managed to gain 35 yards on 18 carries as the Cowboys offensive line got bullied from start to finish. He started off very well against the Packers with 60 yards on 10 carries in the first half, but multiple turnovers put the Cowboys down several scores forcing them to abandon the run game as Elliott only had two carries in the second half. On the road, the goal is to take the crowd out of the game as early as possible and the best way to do that is by physically dominating the line of scrimmage with the run game and methodically moving the chains. It won't be easy against a tough Jets defensive front seven but establishing Elliott early and often will set a tone and could very well lead the Cowboys to a much-needed road victory.

Matthew Lenixhttps://mlenixsctx.wordpress.com/
I write dope stuff about the Dallas Cowboys and what not.
Previous article
3 Things that Have to Get Better for the Dallas Cowboys
Next article
Cowboys @ Jets 2019; Final Week 6 Injury Reports