The Dallas Cowboys are 6-4 and currently hold the top spot in the NFC East. 2019 has been an up and down season so far for Dallas. They started with three consecutive wins, followed it up with three straight losses, and now have won three of their last four games.

This Sunday will be their biggest test of the season as they travel to Foxboro to face the 9-1 New England Patriots. Unlike in recent years, the Patriots are led by their defense, which is the top-ranked unit of it's kind league-wide. To counter that the Cowboys possess the NFL's top-ranked offense led by Dak Prescott who leads the league in passing yards and QBR. It will definitely be a battle of strength vs strength between these two units.

Now, let's look at three key players to watch as the Cowboys try to get their biggest win of the season and improve to 7-4. 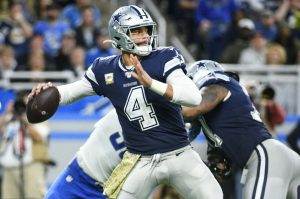 Prescott comes into this game as hot as any quarterback in the NFL. He's thrown three or more touchdown passes five times already this season. He has gone over the 400-yard mark three times and is also tied for second in touchdown passes with 21.

Now, he faces his biggest test of the season going head to head with Tom Brady and the aforementioned top-ranked defense in the league.

Stopping All-Pro Ezekiel Elliott will definitely be the main priority for Head Coach Bill Belichick which could force Prescott and the passing game to lead the Cowboys offensive attack. Prescott has been the most consistent player on the entire roster this season and if the Cowboys are to stay atop the NFC East it could come down to him keeping the chains moving through the air as well as with his legs. 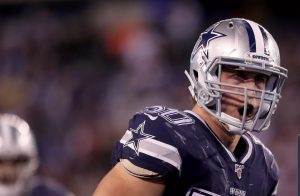 “The General” as he's referred to has really stepped up for the Cowboys in key moments recently. Just ahead of their bye week last month vs the Philadelphia Eagles, Linebacker Leighton Vander Esch exited the game early with a neck injury. Sean Lee filled in and performed extremely well as he was tied for the team lead in tackles in a dominant 37-10 win.

A week later, he was arguably the best defensive player on the field for the Cowboys as he was once again tied for the team lead in tackles in a 37-18 beat down of the New York Giants. Unfortunately, Vander Esch is out again dealing with a neck issue so Lee will be asked to step up in his absence.

If he can help neutralize the Patriots 24th ranked rushing attack it will make them one dimensional and allow the Cowboys defensive front to pin their ears back and pressure Brady. 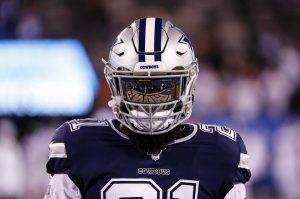 Ezekiel Elliott is still playing well even with this recent evolution of Prescott. He is currently on pace for over 1,300 yards and his five 100-yard games are tied for the second-most in the NFL. Also, in just 10 games he has already surpassed his rushing touchdown total from 2018.

This will be one of his toughest challenges of the season facing the league's 10th ranked run defense. On the road, one of the most important things you need is a good rushing attack to keep the opposing offense on the sidelines and take the home crowd out of the game.

In this game specifically, the Cowboys want to keep Brady off the field as much as possible. The Cowboys are 4-1 when Elliott goes over 100 yards this season. Establishing him early will set up Prescott and the play-action passing game, which he excels at.

The Cowboys can really make a statement by picking up a huge win on the road in New England. Will these three players step up and lead them to victory? We'll find out this Sunday.

Matthew Lenixhttps://mlenixsctx.wordpress.com/
I write dope stuff about the Dallas Cowboys and what not.
Previous articleCowboys @ Patriots 2019: Final Week 12 Injury Reports
Next articleCowboys May Need Elliott, Old-School Offense to Beat Patriots