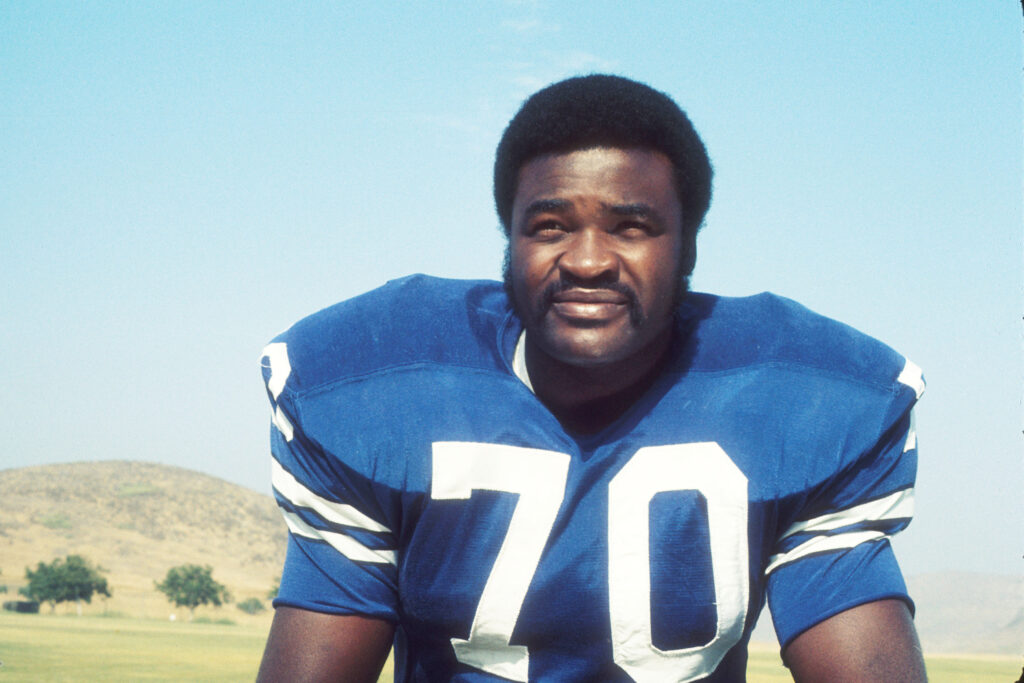 Before Larry Allen was finally added, Rayfield Wright was the only offensive lineman on the Cowboys’ Ring of Honor. He remains the gold standard for offensive tackles in team history.

And guess what? He entered the NFL as a tight end.

Dallas drafted Wright in 1967 to play TE and also tried him at defensive line during his first two seasons. He didn’t find his HOF calling on the offensive line until his third year.

With Ralph Neely injured, Rayfield had to line up against another future Hall of Famer in the Rams’ Deacon Jones. His performance helped him secure the starting job at right tackle in 1970 and for the rest of the decade.

Wright was the cornerstone for the Cowboys’ great offensive line of the 70s. He went to six Pro Bowls and was a top player for two Super Bowl teams. He was named a First Team All-Pro in three seasons and made the Second Team three other times. He is on the 1970s All Decade Team according to the Pro Football Hall of Fame.

Rayfield was finally inducted to the HOF in 2006, many years overdue for the honor.

While the accolades speak for themselves, praise for Wright isn’t hard to find. Check out the following quote from his legendary quarterback:

“He was absolutely the best… Rayfield was a big, strong guy that was able to transfer his size and strength from tight end to tackle. He also had such quick feet that he was able to deal with some of the faster defensive ends and even the linebacker blitzes. If he got beat, I don’t remember it.”
— Roger Staubach

Clearly, Rayfield Wright was as good as they come regardless of his draft pick.

The fact that Dallas found him as a raw athlete with a 7th-round pick and turned him into one of the best offensive tackles in NFL history isn’t just good drafting. It’s one their greatest accomplishments in player development as a franchise.