For the first time this season the Dallas Cowboys have won back to back games with the 41-33 victory over the San Francisco 49ers. It's a shame it took until Week 15 for this to happen, but for a team is trying to finish the 2020 season strong it's better late than never.

For the Dallas Cowboys this Week 15 victory was a morale booster more than anything else. Yes it will likely move them down a few spots in the 2021 NFL Draft order and still keeps them in playoff contention, but we all knew this wasn't a team who was just going to roll over and give up anyway. They want to finish strong and proved it yesterday afternoon.

This week 15 matchup with the 49ers was one of the more entertaining games from the Cowboys this season. It wasn't all sunshine and rainbows though and that brings us to this week's edition of The Good, The Bad, and The Ugly. As always, feel free to share your own thoughts and opinions about this topic in the comment section.

I think the good for the Dallas Cowboys from Week 15 against the San Francisco 49ers was actually a tie between Tony Pollard's impressive performance and Dallas' defensive turnovers. 120+ total yards and two touchdowns for Pollard and 24 points scored off of five turnovers for the defense made for some exciting football yesterday afternoon. It also helped lead the Cowboys to their first win streak in 2020, something they hope to continue.

The amount of injuries the Dallas Cowboys sustained in Week 15 was the bad for me. Antwaun Woods (ankle), Leighton Vander Esch (ankle), and Xavier Woods (chest) all exited yesterday's game and did not return. That's three starters to an already depleted defense whose availability for the rest of the season could be in jeopardy. That's less than ideal with two divisional games remaining to close out the 2020 regular-season.

Instead of being bad this week the Dallas Cowboys defense was just ugly against the San Francisco 49ers in Week 15. The Cowboys defense created four total turnovers which resulted in 24 points. That turnover differential was the difference in this game. Overall though, Dallas' defense still gave up way too many points to San Francisco. They were fortunately able to do just enough to secure the victory, however, they made this game much closer than it needed to be.

What is your good, bad, and ugly from Week 15 for the Dallas Cowboys?

IMO, throwing up that jump ball with a few seconds left on the clock and down 41-27 was meaningless, just pads that QB & WR stats.

The Good; Team hasn’t given up, as many thought.
Pollard, Wilson, Lamb, Dalton, Lawrence, Lewis, of course the TOs, that stone of Mostert by Gallimore, hustle play from behind by Crawford.

The Bad; the injuries, the defense, although opportunistic, has to get better.

The ugly;. Too much pressure on Dalton, giving up too many total yards, even with the HM.

But overall, good win, like the fight. Hopefully translates into the future.

The good win for the guys builds confidence. The bad defense may be getting take aways but still can’t stop anything. The ugly Jerry sees takeaways and thinks the D is coming right along and refuses to fire Nolan 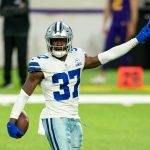 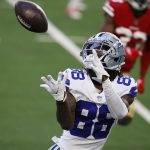