I can hear Chicken Little now “The sky is falling… The sky is falling”, and honestly, I’m not sure he wouldn’t be correct this time in regards to the Dallas Cowboys. This is the third consecutive game the Cowboys have let slip through their fingers, and to a winless New York Jets team nonetheless. It’s completely unacceptable the way this team is playing and it might be time to make some drastic changes.

I’m hard-pressed not to go on a rather long and quite possibly explicit rant full of four letter words, but instead I’ll go ahead and jump into this week’s edition of The Good, The Bad, and The Ugly. I’m not a negative person by nature, but I think that’s very likely to change as far as this article is concerned.

It’s really hard to find a silver lining after the New York Jets, one of the bottom dwelling teams in the league, handily defeated the Dallas Cowboys yesterday. I honestly had to put on my thinking cap and dive deep to come up with something. The only thing I could really think of as a positive is that the Cowboys are somehow still tied for the lead in the NFC East division with the Philadelphia Eagles. That’s really the only good I could come up with for Dallas.

This is the third consecutive game the Dallas Cowboys have lost, but the fact they are still in the race to win the NFC East division provides at least a little bit of hope they can still right the ship to get their season back on track. Their best chance to do just that is to beat next week’s opponent, their division rival, the Philadelphia Eagles. Both the Cowboys and Eagles are off to a similar start this season and whoever wins next week will likely be the favorite to be the NFC East champs.

It was more than just a little bit difficult to decide what to go with for this category in a game that was pretty much just terrible all around for the Dallas Cowboys. I couldn’t really put my finger on one thing because there were so many contributing factors, but I think the bad has to be all of the injuries that are starting to pop up. We all know it’s hard to win games in the NFL when a team is 100% healthy, but it’s even more so when there are numerous injuries, especially to key players.

The Cowboys started the game against the Jets already down both their starting offensive tackles and their slot receiver, Randall Cobb. That’s quite a bit of talent to be without on the offensive side of the ball, but it actually got worse once the game started. Amari Cooper exited the game and didn’t return. Then to add insult to injury (pun intended) Byron Jones, DeMarcus Lawrence, and Anthony Brown succumbed to the injury bug as well. That’s not good news considering the division is on the line with the Eagles up next. 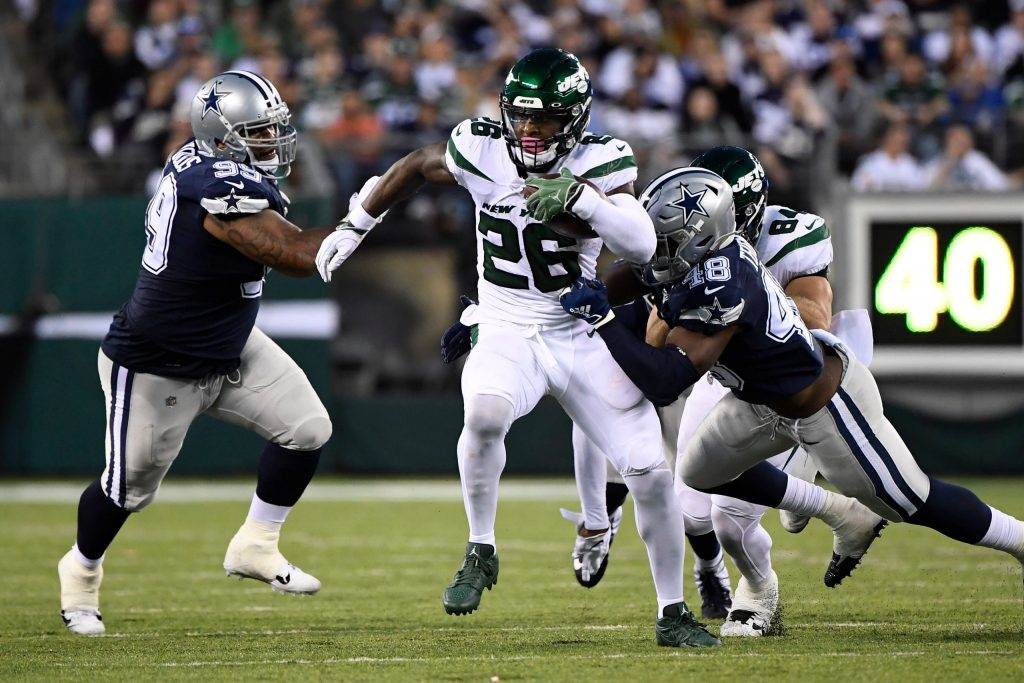 The easy thing to do here would be to say the ugly from the Dallas Cowboys yesterday against the Jets started from the opening kickoff until the final seconds ticked off the clock in the fourth quarter. I think that would be a copout though. So, instead of taking the easy way out I think I’ll go with how unprepared and undisciplined the Cowboys were yesterday afternoon. This is completely unacceptable, especially in a game that should’ve been one of the more winnable on the schedule.

For the third consecutive week in a row the Dallas Cowboys looked unprepared and were definitely undisciplined throughout the game. Turnovers fortunately didn’t hurt them like they have the past couple of weeks, but penalties and lack of execution did. For a team that has yet to find an identity on either side of the ball, these reoccurring issues are starting to identify who they might be as a team. Something needs to change and fast. Maybe a few heads need to roll to get this team back on track.

What is your good, bad, and ugly for the Dallas Cowboys against the Jets?