It's no coincidence that the Dallas Cowboys are one of the most recognizable franchises in North American professional sports. Since being dubbed America's Team in the late '70s, the Dallas Cowboys have been at the front of American sports for more than four decades. While the cheerleaders and the marketing have helped the Cowboys to become the most valuable sports franchise in the world, it's the product on the field that has had a much bigger impact. No team in the NFL has won their division at a higher rate than the Dallas Cowboys.

The Jets have won their division just 4 times in 59 seasons, the worst rate of any team in the NFL. pic.twitter.com/ObdcbYKjtV

Obviously, the Patriots are the hottest team in the NFL and arguably the greatest dynasty in the history of professional football. They've won 16 AFC East titles since 2001. It's an incredible run, considering they'd only won five division titles in the 41 seasons prior to 2001.

At the Dallas Cowboys 41% division win rate, if given the same 98-year existence that the Green Bay Packers have enjoyed, would have 40 division titles under their belt.

The Steelers were terrible before the merger. After the merger, however, they've had a ton of success, winning 23 of their 24 division titles since 1970.

Looking at what these teams have done since the 1970 merger, the Pittsburgh Steelers have the highest division title win rate at 47%. The New England Patriots would be next at 43%. The Dallas Cowboys come in third at 43%. At 39%, the San Francisco 49ers come in with the fourth best division win rate since the merger. Those four teams have been the best four teams of the Super Bowl era, having won 22 of the 53 Super Bowls combined.

Along with the Dallas Cowboys and the New England Patriots, the Minnesota Vikings are the only other team to have played fewer than 60 seasons in the NFL and win at least 20 division titles. On the other hand, the Vikings don't have a Lombardi Trophy to show for all of their regular season success.

Compared to the Dallas Cowboys longest-running rivalries, they blow the competition out of the water. The Cowboys are the youngest team in the NFC East. The Giants have played 94 seasons. The Washington Redskins have played 87 seasons and the Philadelphia Eagles have played 86 seasons. Despite the longevity of the Redskins and the Eagles they only have 15 and 14 division titles apiece.

In looking at the two major eras in the famed history of the Dallas Cowboys — that of Tom Landry and Jerry Jones — the success rates are pretty similar.

During Tom Landry's tenure as head coach and general manager, the Dallas Cowboys won 13 division titles in 29 seasons, a rate of 45%. Under Jerry Jones' tenure as general manager — with a variety of head coaches — the Dallas Cowboys have won 11 division titles in 30 seasons or 37% of the time. An eight percent difference certainly seems significant, but two seasons with a division title isn't as significant. Especially when you consider, that in the salary cap era, it's much more difficult to build a consistent winner.

Look at the NFC East for example. There hasn't been a repeat division winner since the Philadelphia Eagles won four in a row from 2001 to 2004.

Parody is the word that best describes the modern era of professional football. Since the owners successfully bargained for a salary cap in the mid-'90s, the NFL has been a completely different animal. Aside from the New England Patriots, who seem to be playing their own version of Franchise Mode on Madden, no team has been able to have sustained success in the modern NFL.

The Dallas Cowboys have won three division titles in the last five seasons under Head Coach Jason Garrett. They now have a significant opportunity to repeat as NFC East champs in 2019 and have a team that is set to contend for the long haul. It looks as though they'll continue to add to that division title total and will pass the New York Giants in the coming years.

I know that there will be people that scoff at division titles, and I get that, because “Super Bowls are the only thing that matters.” I get that point of view, but I disagree. You have to get to the playoffs to have a chance at winning the Super Bowl. Winning your division gives you a better likelihood of advancing out of the first round than it does being a wild card team. Winning your division means at least one home playoff game and puts you in position to host another one if things go your way.

Winning your division matters and in the history of professional football, nobody has been more prolific at capturing a division crown than the Dallas Cowboys. 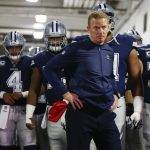 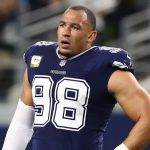