Free agent Cornerback Orlando Scandrick, recently release by the Philadelphia Eagles following their Week 7 loss to Dallas, had plenty of criticism for his former team in media appearances earlier today. The ex-Cowboy also reflected on the last few years if his career compared to the many seasons spent with a star on his helmet.

Scandrick, who has spent the last two years in Washington, Kansas City, and most recently Philadelphia after 10 in Dallas, was highly critical of Eagles General Manager Howie Roseman and the general culture of the organization. He shared the following comments, among others, on an interview today with FOX Sports:

“That locker room is different. I'd tell guys when I came there that I felt like they were still living off that Super Bowl high. It's over. They're living in the past.”

“”The way it was explained to me by Howie — and I don't believe anything Howie says. Howie is one of the people that if you told me it was raining outside, I'd probably get some shorts just in case.”

“There are some accountability issues there, and it starts from the top.”

Tough stuff from the veteran corner, but not a shock given other recent revelations from Eagles players. In the aftermath of Philly's embarrassing loss to the Cowboys, Tackle Lane Johnson criticized teammates for a lack of accountability.

What Orlando said today was interesting enough considering his long history in this Cowboys-Eagles rivalry. But in addition to his harsh words for Philadelphia, Scandrick reflected regretfully on no longer being in Dallas.

Orlando Scandrick on @undisputed: “If I could take back one thing or one regret that I have in my whole entire sports career, it would have been to stay with that Dallas Cowboys organization through thick and thin.” pic.twitter.com/NVMwsXuDPe

Scandrick requested his release from Dallas during the 2018 offseason. He was likely going to be released as a salary cap move anyway, but Orlando felt buried behind the team's younger cornerbacks and wanted to find a larger role elsewhere.

Though never a star player, Scandrick was a solid starter and nickel CB for a decade with the Cowboys. They got way more out of him than most 5th-round picks; one of their best draft selections from the Wade Phillips era.

For what it's worth, we hope Orlando Scandrick finds contentment in his future with whatever new team, or new venture outside of football, he may find.

And feel free to publicly bash the Eagles some more. We enjoy it.

I always thought Orlando looked just like Deon Sanders when he ran. It was uncanny. Obviously he wasn’t as good as Deon.
It is sad though to me when players you have watched for years make an unceremonious exit. It reminds me of Johnny Unitas who stayed way past his sell by date. Sad for such a great man, and player.
Good Luck Orlando 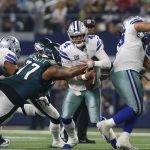 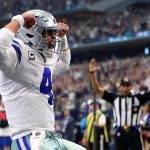