Ezekiel Elliott’s Holdout is Different from Emmitt Smith in 1993

The Dallas Cowboys are currently trying to finalize a contract extension with All-Pro Running Back Ezekiel Elliott. When the rumblings of his holdout surfaced the comparisons to Emmitt Smith in 1993 started simultaneously. However, they aren't exactly the same. 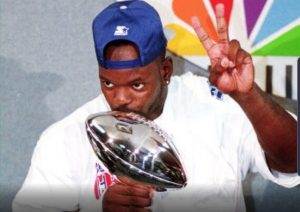 Going into the 1993 season the Cowboys were fresh off a return to glory with their 52-17 beat down of the Buffalo Bills in Super Bowl XXVII. The celebration was short-lived, though, as their star running back wasn't present during training camp. Smith was fresh off back to back NFL rushing titles and had fulfilled his contractual obligations to the Cowboys up to that point. He simply needed a new deal but tough negotiations with Owner Jerry Jones forced the all-pro to miss the first two games of the regular season.

I don't know about you, but I don't know any professional athlete that would step foot on any field or arena without a deal in place. With that being said, is “holdout” really the appropriate word to use?

After an 0-2 start, and Charles Haley infamously throwing his helmet in the locker room that put a hole in the wall, Jones finally inked Smith to a four year 13.6 million dollar deal, which made him the highest-paid running back in the league surpassing Thurman Thomas. Smith would go on to win his third consecutive rushing title, capture league MVP honors and cap it off with a Super Bowl MVP, a true season for the ages.

Elliott's situation is a bit different. He still has two years left on his deal. He's set to make a base salary of 3.9 million this season and 9.1 million in 2020 after the organization picked up his fifth-year option in April. What he's doing is simply trying to get paid what he feels he's worth and earned to this point.

He has good reason to fill this way when you look at the last 3 seasons. Elliott leads the NFL in touches, rushing yards, rushing yards per game, scrimmage yards per game, runs for first downs and runs of ten yards or more since 2016. Simply put, no other players in the league is used more than him, and he knows that.

When Executive Vice President Stephen Jones was asked recently if he thought Elliott would miss any regular-season games he had this to say:

“I don't know. You'd have to ask Zeke and his representation. Our goal is to get deals done. Our problem is we have a distribution dilemma. It's our job to manage the (salary) cap, and we're trying to divide the pie. The money's going out the door, it just depends on who gets what.”

The Cowboys and Elliott are at an impasse right now with no real momentum as of late. However, I still see this getting resolved before the team kicks off the regular season against the New York Giants on September 8th.

So, after looking at both situations we can now see the difference. Smith was simply trying to make sure his employer was going to pay him. Elliott is still under contract, he's just looking to secure his future long-term at a position that has a very short shelf life, and nobody can really blame him for that, especially with how much he's depended on.

There is one category he doesnt lead in those 3 years and that is touchdowns! Yards ,touches etc are great but touchdowns win games!