Football Focus: How Will Antonio Brown Do With Patriots?

Note: This will be a non-Cowboys weekly post to talk about many other things around our favorite sports league, the NFL. I hope you enjoy it as much as I did writing it!

It's been a wild ride for Antonio Brown since the 2018 season. Having solidified himself as one of the best wide receivers in football, Browns' antics off the field have made his career take some widely unexpected turns. The first surprise arrived in his departure from Pittsburgh. Many within-the-walls things happened that led to Brown leaving the team that drafted him in the sixth round of the 2010 NFL Draft, including some sort of beef versus Ben Roethlisberger and skipping practice before an important week 17 matchup that the Steelers needed to win to have a shot at the playoffs.

Some even say JuJu Smith-Schuster winning the team's MVP award heavily contributed to AB's fallout with the team. It was simply an odd situation. Long before the 2019 season, Brown was sent to the Oakland Raiders in exchange of a third and a fifth round draft pick, less than what the New England Patriots had offered.

In Oakland, a new-beginning was supposed to take place for Brown. Little did we know, Brown would burn his feet in cryotherapy, throw a tantrum over the league not letting him play with his old helmet, skip practice and then complain about being fined for doing so. And it doesn't stop there. He reportedly almost got into a fight with General Manager Mike Mayock and punted the ball while yelling “fine me for that!”

No, that's not it yet. He posted a controversial video that included a recorded call with Head Coach Jon Gruden a night before asking the Raiders to release him on Instagram… which they did moments later.

Hours later, it was confirmed that the Patriots had agreed to terms with the controversial receiver. Definitely not a surprise considering what I mentioned above about Bill Belichick offering more than the Raiders had to the Steelers. Now everyone is wondering whether or not Brown will work out in such a locker room.

My guess? He will. Like them or hate them, there's no better culture in the NFL than the one they've got over in New England. The “Patriot Way” is really a thing and they won't deal with Brown's tantrums if he decides to throw one, which I doubt. It's another high-risk, high-reward investment for a Super Bowl ready team.

Will he buy in and be a program guy? I don't doubt it one bit. In fact, I personally believe this was pretty much planned by Brown and his agent. I don't think the Patriots had anything to do with it, but it seems like a fact that he didn't want to be in Oakland and was looking for a way out before it was too late. Well, he found it. And although I believe he'll be successful with the Patriots, I'm not a fan of how things turned out.

Brown did what he wanted to and got what he wanted. Quite a message for talented NFL players. What surprises me the most is that Brown didn't have these kind of issues when he started out his career. What happened along the way?

The Kansas City Chiefs are back in business. It didn't take long for them to prove it as they dropped 40 points on the Jaguars' blunted defense. Sammy Watkins stole the show by catching all three of Patrick Mahomes' touchdowns. He hauled in nine catches for 198 yards!

I believe Watkins will change how many perceive him this year. Overpaid? Perhaps, but he's still a very talented receiver. 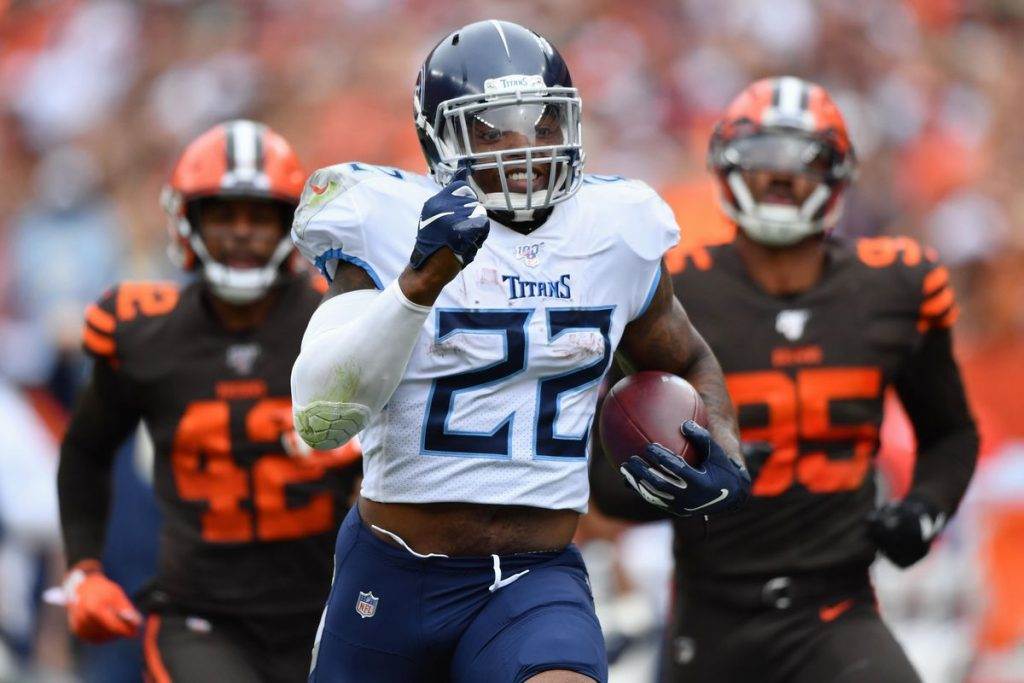 Underdog of the Week: Tennessee Titans

The Titans opened the season on the road against the most hyped-up team in the NFL: the Cleveland Browns. They were a 5-point underdog in Vegas and ended up winning by 30. I love what Head Coach Mike Vrabel has been able to do with the Titans when they are big underdogs. Last season he even managed to defeat the Patriots 34-10.

Rookie A.J. Brown had 100 yards in only three receptions. Marcus Mariota threw three touchdown passes to begin what will be his most important season yet.

College Football Corner: Michigan Is Better Than That

Finally, a thought on College Football. I'm shocked by Michigan's struggles. They opened their season with a 40-21 win over Middle Tennessee in week 1 and followed it up with an upset alert escape versus Army in week 2. West Point took Michigan to two overtime periods in the Big House as they lost 24-21. The Wolverines remain undefeated, though. They're a strong team that could finally beat Ohio State for the Big Ten, but early struggles haven't lived up to the expectations. Their offense hasn't been as up-tempo as advertised in the offseason. I wish they change that soon. This could be a special team.

Mauricio Rodriguezhttps://www.facebook.com/PrimeroCowboys/
I love to write, I love football and I love the Dallas Cowboys. I've been rooting for America's team all the way from Mexico ever since I can remember. If you want to talk football, I'm in... You'll find me at @MauNFL.
Previous articleEzekiel Elliott’s Slow Start Shouldn’t Worry Anyone
Next articleCowboys’ Defense Excellent Despite Yards Allowed

2022 Free Agency: Could WR Antonio Brown Be An Option For The Cowboys?

Dak Prescott's 445 passing yards on Sunday is a new record for quarterbacks facing a Bill Belichick-coached Patriots team. In the 383 games since Belichick...
Read more