The Los Angeles Chargers came into the season among the favorites to win the AFC. They didn’t look as strong as the New England Patriots or Kansas City Chiefs did, but they certainly looked like contenders. However, they started off on the wrong foot and plenty of injuries resulted in them being in an early hole at 2-5. Since then, they’ve bounced back to a 4-5 record and things should be getting real interesting for them.

Last Sunday, Melvin Ingram and Joey Bosa looked different versus the Green Bay Packers. The entire Chargers team looked different. If they can keep up that same level of play, they should be able to make any QB in the league tremble in fear.

They truth is they have enough key pieces on offense and defense to turn their season around.

Their remaining schedule isn’t easy, but it isn’t among the toughest ones out there either. They have yet to play the Chiefs and Oakland Raiders twice, the Denver Broncos, Jacksonville Jaguars and Minnesota Vikings. With the way things are looking for the rest of the AFC, creeping into a wildcard spot doesn’t sound all that crazy for this Chargers team.

The Chargers rank 9th in the NFL at offensive efficiency (measured by Football Outsiders’ DVOA rating). Phillip Rivers is an experienced quarterback and with a healthy offensive line, his unit should be able to be special. A WR core headlined by Keenan Allen and Mike Williams isn’t bad at all. Hunter Henry at tight end is something many teams in the NFL should envy. Not to mention, Austin Ekeler and Melvin Gordon in the backfield is a two-headed monster.

If they get healthy soon and are able to finish with a winning record, this could be a playoff team. And when they click, they could be dangerous. It’s an uphill battle for them, but it’s time for other NFL teams to watch out. 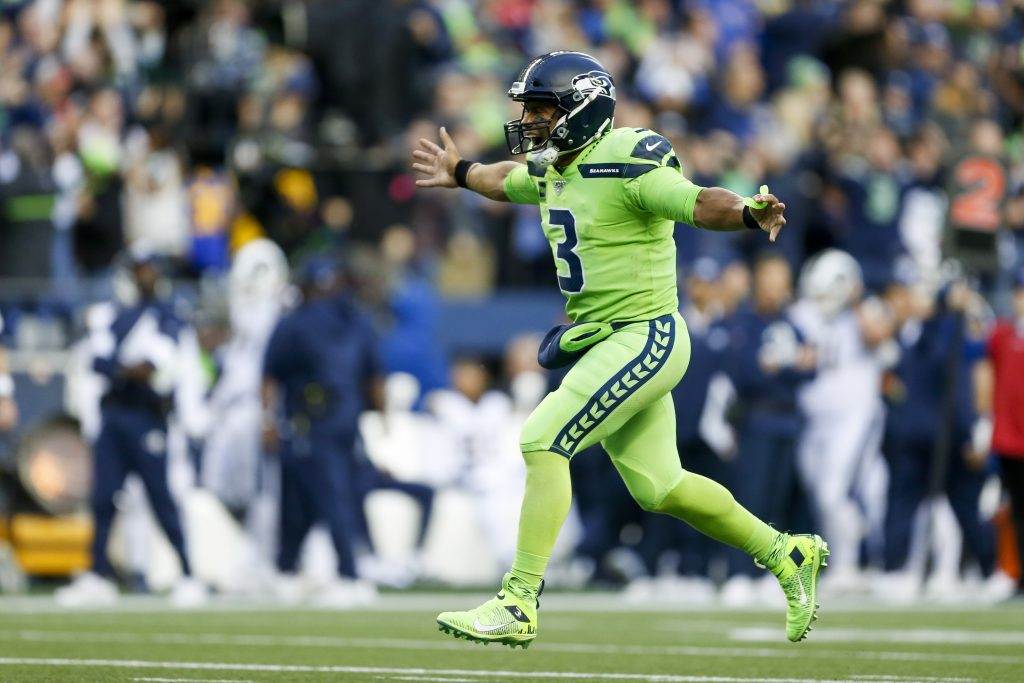 I’m not a fan of giving a QB a “player of the week” award, but I can’t ignore Wilson’s performance. In a game in which the Tampa Bay Buccaneers made things hard by scoring 34 points against the Seattle Seahawks, Wilson absolutely outplayed Jameis Winston.

He threw for 378 yards and FIVE touchdowns. He completed 29 out of 43 attempts (67.44%) and had two 100+ yard receivers: Tyler Lockett and D.K. Metcalf. Wilson continues to be the front-runner for MVP and has shown zero signs of slowing down.

No one believed the Green Bay Packers would lose versus such a struggling team but the Chargers kept Aaron Rodgers’ offense in check all day long. The Packers QB would only total 161 yards on 35 attempts. The Chargers key was to dominate the trenches, where Melvin Ingram and Joey Bosa continuously pressured Rodgers. Don’t count them out from the AFC!

It’s November and that means the AP Top 25 Poll is no longer meaningful in the college football world. The CFB Playoff Committee has released its first rankings of the year and here’s how the current Top 4 looks like:

I was surprised by the fact that Joe Burrow’s LSU wasn’t #1 after having the most Top 10 wins in the nation. They’ll play Alabama this Saturday so the rankings are bound for a shakeup pretty as soon as next week. Ohio State has played a couple of quality opponents and could very well be the best team in the country. Chase Young is unbelievable as a pass rusher and should be in the Heisman conversation.  Penn State has been underrated all season long after Trace McSorley’s departure but they’ve played some solid football, specially on defense. They have wins over Michigan and Iowa, so their spot makes sense.

My biggest surprise was to see Clemson be snubbed from the current Top 4. Their strength of schedule hasn’t been good enough to grant them a spot in the postseason, but it’s just a matter of time before they’re put in. Teams above them will eventually lose and while Clemson remains undefeated (which is very likely) they’ll be IN.

Tell me what you think about “Football Focus: L.A. Chargers Are Not Done Yet, CFB Top 4 Reaction” in the comments below, or tweet me @MauNFL and let’s talk football! If you like football and are looking for a Dallas Cowboys show in Spanish, don’t miss my weekly Facebook Live! show, Primero Cowboys!