Have The Dallas Cowboys Improved So Far This Offseason?

To say there's been a lot of movement this offseason wouldn't do it justice.

Gone from the 2019 Cowboys are key contributors like Byron Jones and Robert Quinn. All Pro center Travis Frederick has retired, and the Cowboys seem to be in a transition phase on the back-end of their defense.

But have they still improved their roster despite the turnover?

Mike Freeman of Bleacher Report wrote a “stock up or down” article this week, and did say that the Cowboys are pointing in the right direction. Mike seems to believe that keeping their two biggest offensive stars in tact for the 2020 season will help keep the Cowboys afloat.

“They kept Dak Prescott and Amari Cooper. Dallas' defense will be porous, but keeping those two was a must. Stock: Up”

He's got a point.

As Prescott and Cooper go, so do the Cowboys. When they are playing at their best Dallas can score with and beat anyone. And before Amari Cooper arrived, Prescott was playing some of the worst football of his entire career.

Keeping those two around should've been the team's top goal. So far so good, I suppose.

Dallas also went ahead and added veteran presence on the interior of their defensive line. By signing both Gerald McCoy and Dontari Poe, the Cowboys improved upon the defensive tackle spot, and avoided having to use draft capital on the position. Now they can focus their draft picks where they are needed most, namely in their secondary. 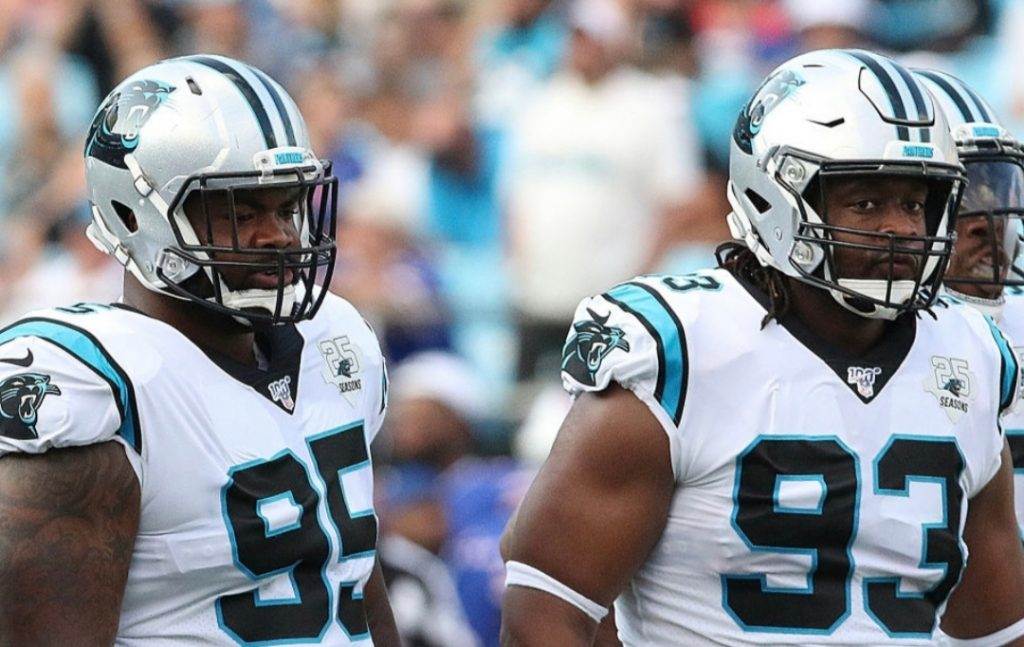 The impact of Byron Jones' departure cannot be understated. Chidobe Awuzie has been abused at times the last two seasons, despite being in the right position so often. If he's expected to be the team's number one cornerback he'll need to take a massive step forward.

Jourdan Lewis and Anthony Brown have both proven to be good corners for sure, but Dallas will need to add another one early on in the 2020 draft. The problem is, however, that there may not be a cornerback of the caliber needed when the Cowboys come on the clock at 17.

Even with the holes which still remain on the roster, you can feel pretty confident in what the Cowboys can be in 2020. Their star power still remains strong, and the injection of new voices on the coaching staff should bring improvement on its own as well.

I'd say their stock is at least neutral, with the biggest talent acquisition event yet to even begin.

Kevin Bradyhttps://kevinrobertbrady.wordpress.com
Die-hard Cowboys fan from the Northeast, so you know I am here to defend the 'boys whenever necessary. Began writing for a WordPress Cowboys Blog, and have been with ITS since 2016.
Previous article
Adding McCoy & Poe at DT Allows Cowboys to Focus on Secondary in Draft
Next article
While Surprising, Frederick’s Retirement Shouldn’t Hurt Cowboys Much

Looks like we better draft a stud wide receiver, try to put up 40 points a game and pray Seriously still a lot of work to do.

First, love the two DT FA pick ups, Poe and McCoy, plus the CB FA Canady is underrated, not to mention Clinton-Dix, who will be a great addition in the back field. Lewis is a very good CB, and Brown provides good depth. Also S Darian Thompson is underrated and has starter potential. Disagree with the “porous defense” opinion. If the LBs perform up to their potential, I think this defense will be BETTER than last year’s version. Wild card is Randy Gregory! I think there will be a CB at 17 that will be of the caliber they need. If not, we can move up if it makes sense.

Would prefer Henderson out of the group, but all are very capable players and out of premier collegiate programs.

This is just my opinion… Trade #4 for a 1st and two 3rd rnd picks, trade #77 for two 2nd rnd picks or a db… Sign C Newton to a short term deal, reload roster with young speedy talent,Draft qb j. Love at pick 17… With trades and 2021comps that’s about 15 top 100 draft picks in the next couple of years.. The Team as constructed has track record of being mediocre to JAG, also didn’t enjoy the non fire or hustle in some road games and against perceived better teams so personally I would shake up the roster and give the new coaching staff more talent disbursed with more balance throughout the roster to create a more competitive and hungry team culture. That plus as stated previously speedy football players at all levels of the roster will enable the team to practice and play at a pace that cannot be coached or countered.

I’ve commented on other sites my ideas (which I agree are outside the box and left-handed non analytical) but I believe the extra talent along with banking high comps yearly and creating extra roster spots by doing away with the majority of specialist positions add enough two way players to create three deep quality depth at the so called money5 positions and top tier three deep talent at other positions. IMO some geek gonna figure this out sooner rather than later, the COWBOYS are in a primo position to get ahead of the curve due to recent middling performance team top heavy talent by cap distribution and the max number of comps (including two 3rd rnd picks) in 2021. also the roster shake up would make the New coaching staff earn their stripes instead of lineup try to overpower opponent then when that fails try passing with the simplest of passing game two outside 7 to 10 yd curl routes and a 5yd stop route from the slot not good vanilla passing offense is antiquated in the NFL today… IMO new staff needs to install multiple pass sets along with multiple sets to take advantage of opponents weakness before the power run game goes south. Therefore by being proficient in multiple offenses and stout defensively.. to take advantage of opponents to build a big lead and then punish them with the power run game and waves of pass rushing defenses to smother them… Hey I like winning.. we been stuck between 4-12 and 9-7 for the last 15 yrs. Mediocre doesn’t cut it time to try something different to get Lombardi’s VI, VII, VIII, and IX… HOW BOUT DEM COWBOYS?

Problem: The Eagles are still ranked higher that the Cowboys. I hope the Cowbows are NOt out coached again this year.

Its time for the Cowboys to replace the offense line pieces!!! Another area to replace is Safety and Receiver !