Let me ask you something Cowboys Nation… If I were to ask you to say something about Jason Garrett would it be good or bad? The reason I'm asking is because all we ever hear about Jason Garrett is all of the bad things he did during his time as the head coach of the Dallas Cowboys, but very little good, if any. Why is that?

I think it's high time Jason Garrett receives some of the praise he rightfully deserves.  He may not have gotten the Dallas Cowboys back to the Super Bowl, but he did change their approach to the draft forever and helped build this roster into the team it is today. It's easy to forget the good he's done, but it's there.

In his “official” first-year as the HC he convinced Jerry Jones to do something he's never done since purchasing the Cowboys, draft an offensive lineman in the first-round. With the ninth overall pick in the 2011 NFL Draft, the Dallas Cowboys selected Offensive Tackle Tyron Smith out of USC, thus changing the Cowboys draft strategy forever.

Let that sink in for a little bit…

Jason Garrett could've easily chosen J.J. Watt over Tyron Smith and nobody would've blinked an eye. But, he went against the grain and did something the Dallas Cowboys hadn't done since Jerry Jones became the owner by selecting an offensive lineman in the first-round. It's a trend that continued with Travis Frederick and Zack Martin, building one of the best OL units in the entire league.

Just how good do you think the Dallas Cowboys would've been the past decade without those three players anchoring their offensive line? How much shorter would Tony Romo's career have been? I think we can all agree this team wouldn't have been as successful as they have been for the better part of a decade without Smith, Frederick, and Martin and we have Jason Garrett to thank for that.

Now, keep all of that in mind for just a little bit. Let it sink in and take root, because I think Mike McCarthy has a chance to do the same thing.

Can you guess who the last defensive tackle the Dallas Cowboys drafted in the first-round?

If you guessed Russell Maryland, you're both right and wrong. The Cowboys did draft him No. 1 overall in 1991, but they also drafted Kelvin Pritchett 19 picks later (20th overall). However, they traded Pritchett almost immediately, meaning he never played a single down in a Cowboys uniform. Regardless though, the first-round DT drought is pretty apparent.

For those of you doing the math at home, that's almost 30 years without drafting a DT in the first-round. I think Mike McCarthy could follow in Jason Garrett's footsteps though and change the Dallas Cowboys draft strategy in his first year as the HC. His past proves he doesn't mind taking those big bodied space eaters early and often. But, will it happen?

Do you think Mike McCarthy will change the Cowboys draft strategy as well? 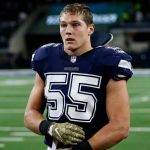 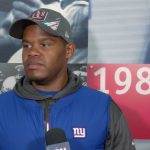