Jason Garrett's seat had never been hotter than it was entering Sunday night.

And that's saying a lot.

The much maligned head coach of the Dallas Cowboys has been fending off those who have called for his job since the very day he took the team over from Wade Phillips in 2010. Garrett has been called a yes-man, the “clapper,” and flat-out a bad football coach by seemingly every national media outlet despite the success he's had as the coach in Dallas.

Yes, there has been no championship level success under Garrett's regime, but there has been success. Since 2014, Garrett has led the Cowboys to 3 division titles in 5 years and has reached the Divisional round of the playoffs three times. He's 16-5 against the NFC East in the Dak Prescott era, and has the Cowboys in first place of the division through seven weeks once again.

So, there has been success. But certainly not enough of it to defend his every move.

Jason Garrett messed up in New Jersey. There's no way around it. Sloppy game management and poor control of the clock put his team in a tough situation against the Jets, and ultimately led to their disastrous week 6 loss. He was outcoached and out-prepared by a winless team, and suffered one of the worst losses in his era as the team's head coach.

Fans were calling for his job, and rightfully looking for answers as to why such a talented group of players was in the midst of a three game skid that no one had predicted after their fast start to the 2019 season. Dallas' backs were against the wall, and they had to answer against the Eagles in order to salvage a season which had such high hopes just weeks before.

And, as Jason Garrett's teams have done more often than not, the Dallas Cowboys answered. Garrett's Cowboys had been plagued by slow starts during their three game losing streak, but his team came out on fire on Sunday night. Dallas forced two quick fumbles, scored two easy touchdowns, and were up 14-0 before the Eagles had even blinked.

The game was over, and it had just started. 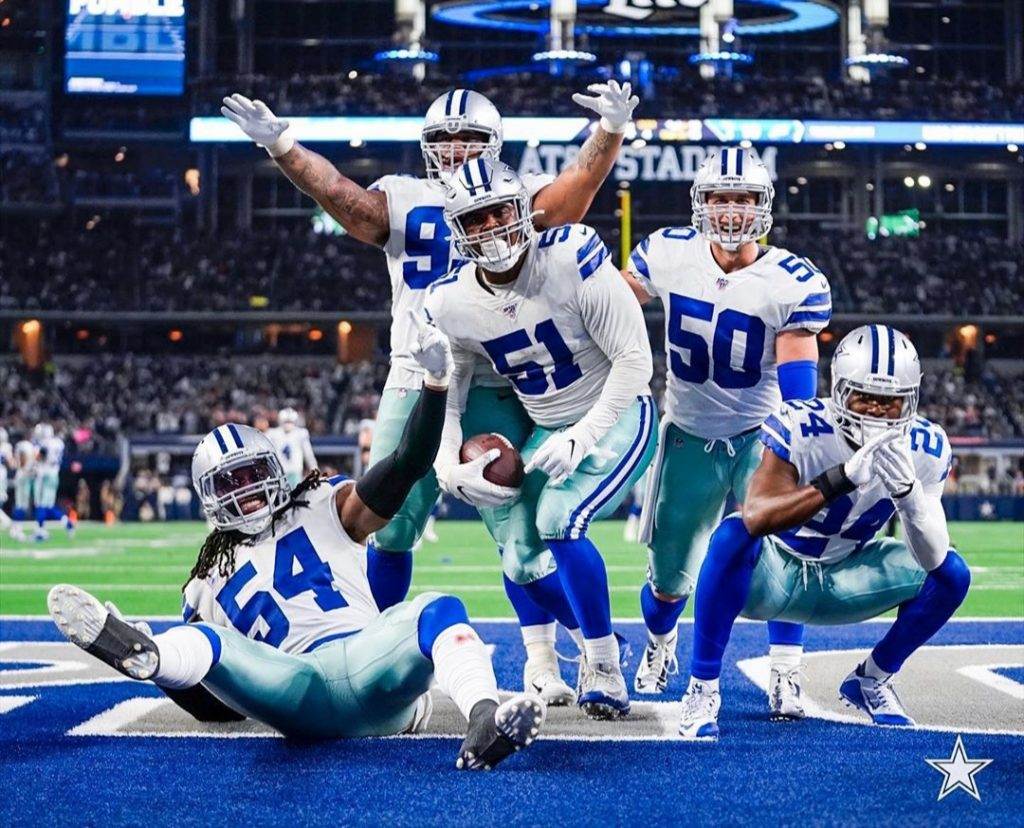 Jason Garrett is far from perfect as a head coach. He often deserves criticism, and he has some faults which are hard to look past as we project what the Cowboys will be down the stretch of the season. But he deserves major praise for this team's week 7 performance. It would've been easy for the Cowboys to once again come out slow on Sunday, get behind early, and fall into the shell they had found themselves in the previous two weeks.

But instead, they fought. They dominated. And they won.

Games like these are why it's so difficult for the Cowboys to move on from Jason Garrett as their head coach. These teams play hard for him, and they are rarely out of contention on any given Sunday, or during any given season.

Jason Garrett's seat is still hot. The Cowboys will need postseason success to ensure that it cools to a comfortable temperature for the coach this offseason. But kudos to him and the Cowboys for getting a massive win on Sunday night.

Kevin Bradyhttps://kevinrobertbrady.wordpress.com
Die-hard Cowboys fan from the Northeast, so you know I am here to defend the 'boys whenever necessary. Began writing for a WordPress Cowboys Blog, and have been with ITS since 2016.
Previous article
Brett Maher Named NFC Special Teams Player of Week 7, 2019
Next article
Amari Cooper Continues to Feast on the Philadelphia Eagles

When Garrett beats a team that is at full strength this year I will give him full credit. The only wins this team has this year are against teams that had major injury concerns. He even stumbled against the Saints who had their back up…granted Teddy is not your normal back up QB. After the Giants game there is a gauntlet to be run against the likes of the Patriots, Lions, Vikings and Rams. Lets see what kind of credit he gets when that stretch is over.

“But he deserves major praise for this team’s week 7 performance.” Your sentence has no backing substance.
Exactly why does Garrett get any credit? All you ever see him do is clap and swat butts, literally. He has a head set on and a laminated paper of some sort tucked in the back of his pants. I hate the igglets but, at least, their coach is engaged and involved. Did you see how involved Bill Belichick and Sean Payton were with their teams. These coaches deserve credit. All Garrett does is take unwarranted credit when the Boys win and hide behind Jerry’s defense when they lose.
Guy doesn’t deserve any credit just for occupying a position he never had the intelligence to take.

There are a lot of great OC’s and DC’s in the league that are NOT necessarily great Head Coaches!! Norv. Turner and Wade Phillips come to mind!!!!! Garrett I think is in this category .

THE WRITER OF THIS ARTICLE IS SO FULL OF DUNG HIS PEN STINKS!!!!!