The Cowboys offense came into 2020 expected to be in consideration for the best unit in football. Between Dak Prescott, a plethora of elite receivers, a solid offensive line, and running back Ezekiel Elliott, there looked to be little in the way of a dominant offensive year.

Of course, injuries have been a massive issue. No Tyron Smith. No La'el Collins, barely any Zack Martin, and of course no Dak Prescott.

While this offense is certainly lacking in healthy talent on the line, they still do employ studs at skill positions. Amari Cooper and CeeDee Lamb have each proved that in some ways they are quarterback-proof, having a couple of big games with Andy Dalton.

It's been a struggle overall, however.

The Cowboys rank 29th in EPA/Play this season and 29th in dropback EPA. They've found little to no success through the air, though it could be argued that they've put their quarterback and offensive line in tough third-down situations with unsuccessful early-down runs at times.

Regardless, offensive coordinator Kellen Moore and this offense will need to cook something up for Tuesday, when they face a Ravens defense which can be daunting when clicking.

The Ravens are sixth in EPA/play allowed this season and are coming off of an inspiring performance where they held the dynamic pass catchers of the Steelers down for four quarters. They also sit at 7th in defensive DVOA on the year, another impressive mark.

Baltimore is known for playing physical up front, and it seems like even as different players cycle through, the “Ravens way” of defense stays true.

Dallas' banged-up offensive line is going to have their hands full on Tuesday, so what can Kellen Moore do to get things going?

First things first, they need to get the ball into the hands of CeeDee Lamb as often as possible. He's their best YAC player by a mile and can create big plays off wide receiver screens and quick game if needed. 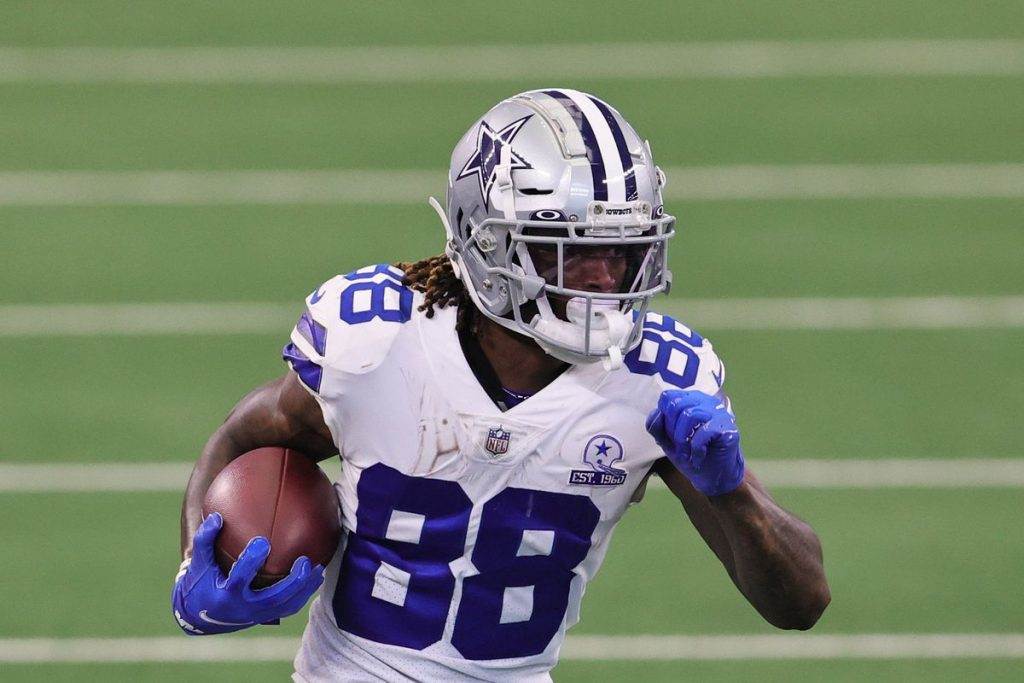 This will help to take the pressure off of this offensive line as well, getting the ball out of Dalton's hands quickly.

They also need to trust in Andy Dalton, even if it means going down with his mistakes. It's going to be tough to grind this game out and win with a 100+ yard rushing day from Elliott. Explosive plays will be the name of the game, and if Dalton can get any sort of time in the pocket, they should be there to be made.

Lastly, on defense, they need to take advantage of a struggling Baltimore passing game. If they can stop the run on early downs and force Lamar Jackson to beat them downfield, there will be turnovers to be had.

It's going to be a tall task for the Cowboys to win on the road this week, but if a few things break right they can do it.

Kevin Bradyhttps://kevinrobertbrady.wordpress.com
Die-hard Cowboys fan from the Northeast, so you know I am here to defend the 'boys whenever necessary. Began writing for a WordPress Cowboys Blog, and have been with ITS since 2016.
Previous articleCowboys-Ravens Tuesday Night Game Will be one for the Coaches
Next articleCowboys Need a Bounce Back Game from the Defense vs the Ravens

During week one, the Dallas Cowboys faced off against the Tampa Bay Buccaneers. In a game that many assumed would be high scoring, the...
Read more
Game Notes

Cowboys’ Lamb & Co. Answer The Call In Win Over Bengals

The Cowboys’ passing game that involved CeeDee Lamb and Noah Brown stepped up in the win over Cincinnati after underwhelming in the season opener. What...
Read more

The Moore Cowboys pass offense is a QB intense offense requiring full field reads, QB mobility , and arm talent to reach the whole field. Cowboy fans were spoiled by Romo and Dak who made the offense look easy. Few QB could succeed in the offense which is why the offense collapsed when Dak got hurt. Moore seems not to see that he has to accommodate to the far less talented Dalton. Moore needs to adjust plays so Dalton reads only a reduced area of the field, has fewer options to think about and has short to medium throws.
Ironically, Baltimore’s offense was exactly that last season which allowed their QB to thrive but Harbaugh opened the offense this year, asked his ‘MVP ‘ to do more and the QB failed. McVay in LA, realized Goff had to have a limited offense and has had success by not asking his QB to do full field reads .
Few QB can do what Dak can and use full field , multireciver reads. Dalton certainly cannot.

I predict Marcus Peters has 2 picks on Tuesday. The Kellen Moore/Jason Garrett/ Scott Linehan offense, is made perfect for what he does. The offense doesn’t compromise the safeties with down the seam routes. No pre-snap motion. No drag routes. Doesn’t put dynamic players in space to go one on one. It doesn’t take advantage of lesser defenders , that were maybe packing groceries the week before. No wide receiver screens, even though the defender is 10 yards off the receiver. The sluggish, fumbling runningback, isn’t helping the situation,either. The most imagination, resides with our special teams coach. The Cowboys are trying find offense through “Bones”. Kellen Moore is not good as advertised, or he not being able to implement, his brand of offense. One thing is for sure, he lacks “sense of momentum” or the sense of “situational” football.

I just have 1 thing to say about this…. And it’s the part where you said the ravens defense was so good it held the Steelers dynamic pass catchers down for 4 quarters!! That part just stumps me!! Idk if you noticed this or not, but the Steelers offense is not as good as their record shows!! And to show proof of that, our Dallas cowboys kept that same Steelers offense to just 9 points in 3 whole quarters, and didn’t lose the game until towards the end of the 4th quarter of that game!! And what does our defense rank this season again!? 30th?? 31st?? That’s right, we have one of worst defenses in the NFL this year and we were still able to hold the Steelers offense down for 3 and a half quarters!! And to make matters worse, the ravens didn’t have to worry about the Steelers starting RB Connor, like we did!! And we held Connor to just 32 or 33 yards too!! The only thing keeping the Steelers undefeated is their defense and that’s it!! So if you ask me, the ravens didn’t do anything special in that game vs the Steelers!!

Good accurate assessment Siempre. Shoot that post over to the Landry Hat and see what the Dak haters have to say about it.