The rumor mill was reaching a fever pitch this weekend as the NFL reaches the culmination of their 17 week season. Kellen Moore was engaged in discussions with Boise State University to become their next head coach. What seemed like an inevitability before the new year was turned on its head when it was announced that Kellen Moore signed a three-year contract extension to remain the offensive coordinator for the Dallas Cowboys.

Per Chris Mortensen and Ed Werder of ESPN, Kellen Moore has turned down the opportunity to become Boise State's head coach, opting to stay with the Dallas Cowboys as offensive coordinator.

Kellen Moore will remain as the Dallas Cowboys offensive coordinator in 2021, bypassing an opportunity to return to his alma mater at Boise St as HC, per league sources to @WerderEdESPN and me.
Cowboys expect to sign Moore to an extension, per sources.

When addressing the new contract, Kellen Moore cited his optimism for the future of the Dallas Cowboys. He said, “we are building something special here in Dallas.”

Cowboys OC Kellen Moore: “We are building something special here in Dallas. I am thankful to the Jones family and Mike McCarthy for providing me with the opportunity to coach these special players. I am excited for us to put it all together and finish the job.”

“Building something special” is exactly right. Though the Cowboys were struggling to put wins together early in the 2020 season, they put together incredible offensive output. Before Dak Prescott's injury, the Cowboys' offense was averaging 32.6 points per game despite injuries to their top two tackles and several self-inflicted turnovers per game. All while the defense was allowing 36 points per game during that same stretch.

Kellen Moore and Quarterback Dak Prescott were putting up a ton of yards and a ton of points. Prescott was at one point on pace for more than 6,000 yards passing in 2020, which would be an NFL record.

When Mike McCarthy was hired, the Cowboys made many moves to overhaul the coaching staff. There were few holdovers from the Jason Garrett era, but two were Offensive Coordinator Kellen Moore and Quarterbacks Coach Doug Nussmeier. It was clear that the Cowboys wanted to keep coaches around that had a relationship with their franchise quarterback as they prepared to make him one of the highest-paid players in the NFL.

What's as impressive as that is the offense's performance with backup quarterbacks while fielding an offensive line featuring several backups and backups to backups. Nobody expected Terence Steele to be a contributor this season. At best, he was fifth on the depth chart if you didn't account for preseason injuries.

The first four games for the Dallas Cowboys after Prescott went down weren't pretty. The offense averaged just 10.25 points per game and had this team looking destined for a top-five pick in the 2021 NFL Draft. However, after falling to 2-7, the Cowboys have averaged 28.67 points per game as a team. The level of competition hasn't been great. However, still, the offense made adjustments. It improved down the stretch to put the Cowboys in a position to make the playoffs if they're able to win and the Washington Football Team loses to the Philadelphia Eagles on Sunday Night Football.

Now with the rumors put to bed, Moore and the Dallas Cowboys can focus on finishing this season on a high note. If the season is to end today, they can begin retooling for the 2021 season. With Dak Prescott back at the helm and the offensive weaponry available to Kellen Moore next season, the offensive output we saw from this team early in the season could be a taste of what's to come in 2021. 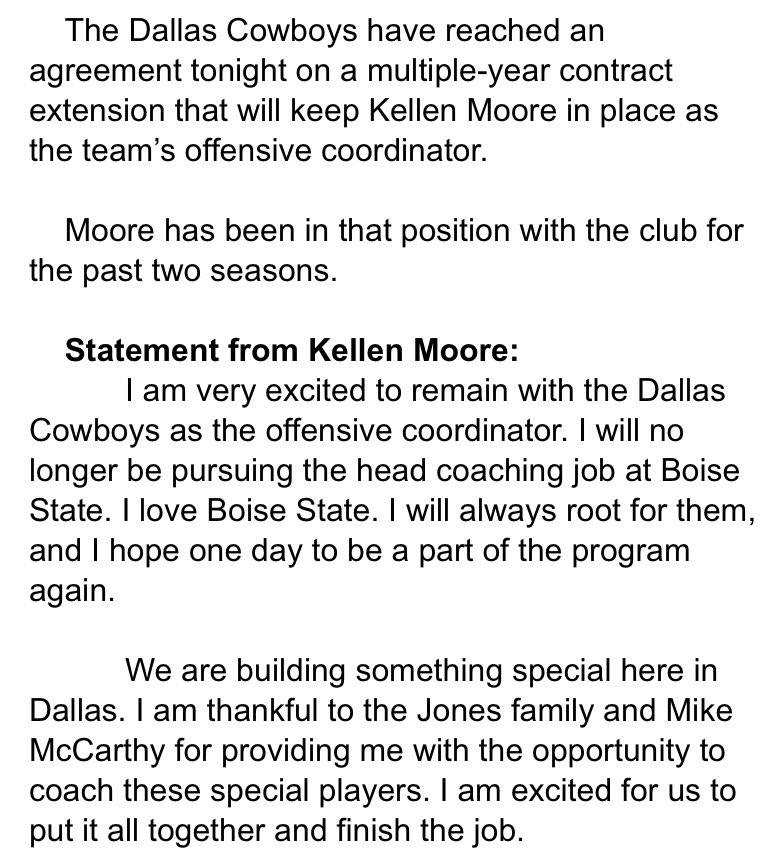 I am glad he stayed and got that contract extension. He might be the next Cowboys’ coach in years to come !

Amazing how this article doesn’t once mention our starting QB RIGHT NOW. If we’re going to rehash Prescott’s part this season, why not mention Dalton’s play and leadership that put us in position to have a chance at possibly winning the division.

If I remember correctly, last year Prescott AND Kellen Moore were both on the team, and with a great intact O-Line, Cooper, Gallup and R Cobb, and Zeke, ETC. Sounds like a very good supporting cast. We went 8-8. With all the chips on the line for the division against Philly, DP throws for 265 yds, avg 6 yds, 0 TD, QBR 39

In FACT, he beat ONE GOOD TEAM THE ENTIRE LAST YEAR, the Rams. The rest of the wins were the usual NFC EAST slugs, sprinkled in with non division slugs like Lions and Dolphins. He even lost to the JETS. Jets have 2 whole wins this year!!!

Why the constant GINNING UP OF DP? He is NOT ELITE, especially when you factor in the money he wants. AGAIN, he is not a team player, IMHO. Or he would have already signed one of the MORE than generous contract offers put on the table.

Being a long time Cowboy fan, obviously I want our team to win every game possible. If DP is at QB for us, I want him to lead the team to those wins. But the team comes first before any ONE PLAYER. And please don’t sugar coat this guy to no end, because most fans are smarter than that. They don’t care about personal individual STATS.

THE FACT is, he has ONE POSTSEASON WIN in five years.

IS THAT GOOD, NO!

While the real ELITE QBs are winning SUPER BOWLS.

I agree VAM. The Cowboys have been put in a terrible position this year by not seeing Dak’s full body of work this year. Maybe he would have been lights out this year and would have demonstrated his worth to the team going forward…but now they don’t know. What they saw before he got hurt looked pretty good at times. However…here is my concern. How willing will Dak be to run or the Cowboys to call running plays for him now that he has been injured? I think he will recover fine and be able to…I just don’t think he will as much any more. If running the ball is not a part of his game I don’t think he is going to be a particularly effective qb. His accuracy is average at best…he does not lead receivers well…and does not have the greatest field vision. If he is no longer a legitimate threat to run because of reluctance to use him in this way because of fear of injury he becomes a very limited qb in my opinion. I agree with VAM…top money should only be paid to qb’s who have won. Dak’s record against top competition is not good. Elite money should only be paid to players who can win against elite competition and Dak has struggled mightily in this area. Dak also needs an excellent cast around him to succeed even to the point he has. Paying him the kind of money he wants is going to crush any hope of keeping the offensive weapons he currently has around him. In my opinion only a few qbs in history are worthy of the kind cap space he is going to consume. It is a shame we could not have seen Dalton perform behind a healthy line. I believe it would have demonstrated that a decent qb can put up big numbers with the skill players we have. He did pretty well with the patch work line he did play with. If the team had a competent DC and the HC had not made some boneheaded decisions this year the Boys season might still be going. We already have a huge portion of the cap going to an underperforming RB. I fear paying Dak what he wants will be doubling down on that problem.

Good points VAM. While DP has many positives, I view him like a selfish player. If he wants to win, the. Cowboys need to spread the money amongst several players. We only have a limited amount of money every year. A la Brady did. In the long run, being a Cowboys QB will bring him more $$$ from the outside, than from wihin.

He’s respected but was not worried either way. With Prescott he was 2-3 before Prescott went down. And 2 of 3 losses largely due to offensive turnovers. Not to say our D was anything but poor. #1 thing needs to be fixed in the off season.

Our sham of a 3 game win streak (though forgive me, I LOVE beating the IGGLES) moved us from the #4 pick to #10. #4 would have been amazing trade bait to drop back but add picks. 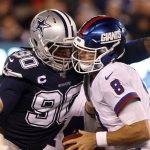 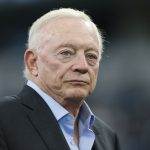