While not the main reason that the Dallas Cowboys lost yesterday's game to the Buffalo Bills, Kicker Brett Maher's 0-2 performance on field goals certainly didn't help. Jason Garrett and Stephen Jones both expressed support for Maher today, with Jones going so far as to declare that they would not be looking at any other kickers.

Maher is one of the most perplexing kickers in NFL history. He can do things from 60 yards out that few can, but his overall accuracy is a huge liability. Yesterday's misses were from 49 and 35 yards, and he is now ranked 27th in the NFL with a dismal 67.9% accuracy overall on field goals.

Do the Cowboys need a new kicker?

The Cowboys will not be making a change at kicker, and there are no plans to work out any other kickers.

Cowboys VP Stephen Jones on @1053thefan: “We have confidence in Maher. We are going to stick with him.”

To be clear, “really good job” is Jason Garrett's default public comment for every player he's ever coached. So don't take that as an honest assessment of how Garrett sees Maher's performance.

Still, it's annoying to hear given Brett's true body of work. Last season, Maher made 80.6% of his kicks but was still just 25th in the league. His accuracy from long range is what kept him around, including some clutch kicks, but there were clear red flags and ultimately a poor performance compared to his peers.

Now, with even his long-range skills going down, Maher's gone from bad to worse.

Including yesterday, Brett is now just 1-4 on field goals from 40-49 yards. He's also just 4-8 from 50 yards or more, negating the previous positive in his game.

Granted, deciding what to do with Maher in mid-season is a tough call for the Cowboys. Ironically, it's the same dilemma that Jerry and Stephen Jones face about Garrett as head coach; is there someone out there right now who can come in and improve the situation?

I have a hard time believing that Will McClay and his crew don't have some little-known free agent kicker out there that they like. I appreciate that it's hard to project how someone will respond to the bright lights of the NFL, but what do you really have to lose now?

After yesterday and everything else we've seen this season, dumping Brett Maher isn't that risky. 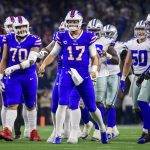 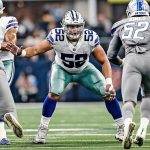