Ever since the late season collapse of the 2017 Dallas Cowboys occurred, all of Cowboys Nation has been calling 2018 a “prove it” year for quarterback Dak Prescott.

Despite starting his career strong, Prescott faltered down the stretch a year ago, and has let doubt creep into the minds of analysts and fans alike. Of course, Prescott will have ample opportunity to prove it in year three, entering the season has the unquestioned starting quarterback.

A fellow member of his 2016 draft class is facing a similar dilemma in 2018, however he may not even get the chance to prove it due to the competition around him.

That player is now third year cornerback Anthony Brown. The former sixth round pick entered his rookie season surrounded by fanfare, as draft analysts called Brown the steal of Day Three. While his rookie year was filled with some ups and downs, the promise and potential outweighed any of the negative plays Brown may have fell victim to.

Anthony Brown looked like a starting cornerback in this league, and the one sure piece in a secondary which faced complete turnover just one offseason ago. 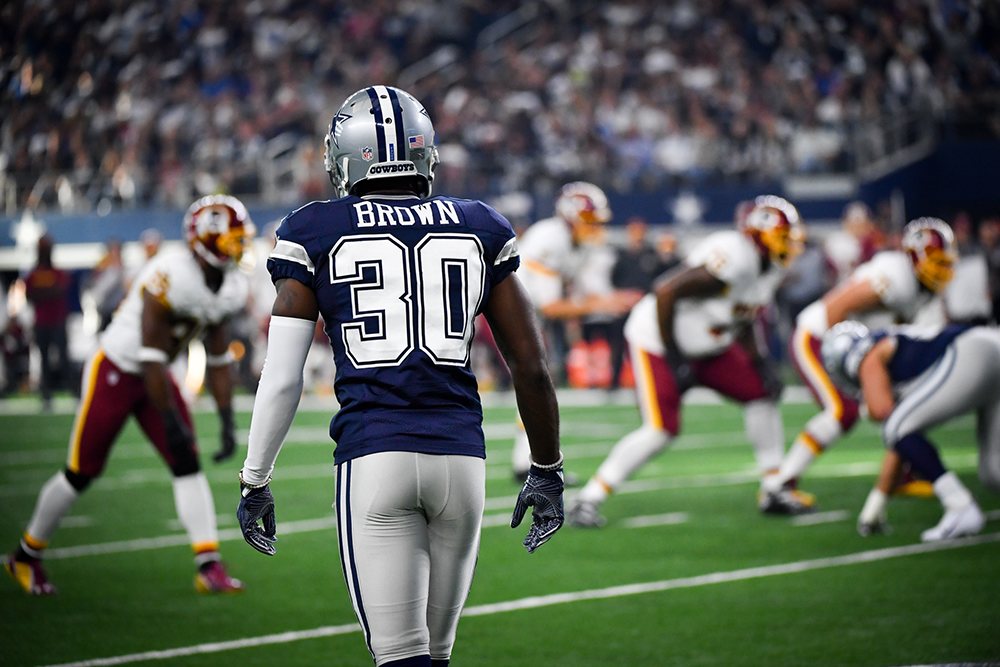 2017 was a much different story for Anthony Brown, though. Struggling week in and week out Brown did not look like the same guy he was once was, and was benched during the Cowboys' Zeke-less losing streak in favor of rookies Chidobe Awuzie and Jourdan Lewis.

The switch seemed to ignite a secondary which had looked completely lost for three straight weeks, and the Cowboys defense actually looked much stronger with Brown designated to a lesser role.

Anthony Brown enters training camp this year with a clean slate, a new passing game coordinator in Kris Richard, and a chance to prove he still deserves playing time among these young defensive backs.

Currently, Anthony Brown is competing for the slot cornerback job with second year defensive back Jourdan Lewis. Lewis spent most of his rookie season on the outside, but projects as a slot corner in Richard's defense due to his height, weight, and length.

Awuzie and converted safety Byron Jones are anticipated to hold the outside cornerback jobs, though, meaning that it is up to Brown to prove that he belongs as the starting slot cornerback if he hopes to gain playing time with the Cowboys.

In other words, Anthony Brown must “prove it” in year three, or like fellow third year player Dak Prescott, he could be out the door much sooner than we expected on his draft day.