The Dallas Cowboys week 11 opponent is reeling a bit after a 2-0-1 start with wins over the Los Angeles Chargers and the Philadelphia Eagles, the Detroit Lions have lost five of their last six and now sit in last place in the NFC North at 2-5-1. It’s been a weird season for the Lions and now may play the Dallas Cowboys this week without Matthew Stafford who’s been playing some of the best football of his career in 2019.

Though Stafford may not be available, the Lions have a plethora of targets for backup quarterback Jeff Driskell to throw to.

Kenny Golladay and Marvin Jones are one of the more underrated receiving tandems in the NFL. The Lions are just one of four teams that have two players with at least 600 receiving yards on the season.

Golladay and Jones have been excellent this season. Both have made big plays in the passing game and if you along with Hockenson, Amendola, and McKissic, the Lions have a deep group of pass catchers that could give the Cowboys fits this Sunday.

The Cowboys defense has been up and down this season in both the run and pass game. They’ve been hit for big plays on both sides of the field and by a variety of positional players through the first nine games of the season. The linebackers have struggled with play-action and in the screen game. Chidobe Awuzie has had difficulty finding the ball and giving up big plays. Byron Jones, who is generally one of the better cover corners in the NFL, but had difficulty with Stefon Diggs last week.

The fact that the Lions have so many good players to throw to means they can avoid throwing to Byron Jones’ side of the field and target Awuzie, the Cowboys’ biggest weakness in pass defense. The Lions will be able to mix and match their receiver alignments to put the Cowboys in difficult positions with their scheme. From front to back, everyone will have to stay disciplined in their man and zone coverages to not get beat for any big plays.

The Cowboys may want to scheme some extra help to Chidobe Awuize’s side of the field as he’s struggled to find the ball in 50-50 situations, where Kenny Golladay and Marvin Jones excel. The other key will be for Jourdan Lewis, who will likely end up in coverage against Amendola most of the time. He and the linebackers will need to tackle Amendola and McKissic better than they did Dalvin Cook in the open field as Driskell will likely be forced to dump it off quickly to avoid being affected by the pass rush. 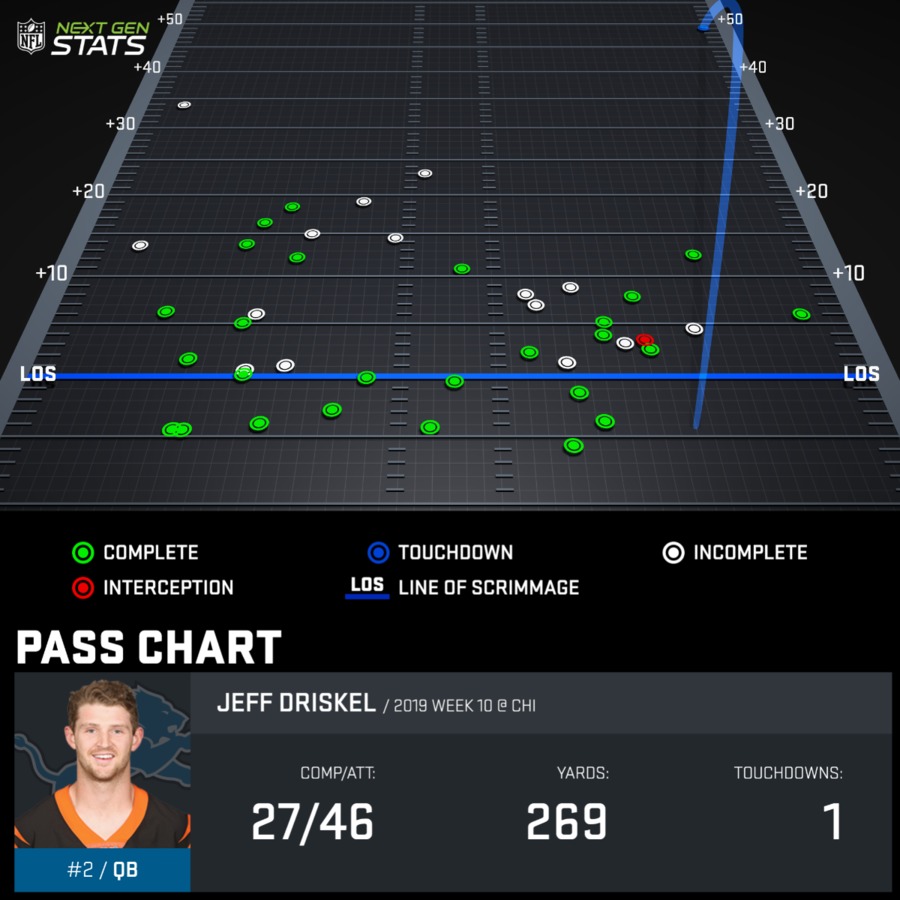 The Lions record hasn’t been able to run the ball very effectively this year, even before Kerryon Johnson. They rank 20th in the NFL in total rushing, but fifth in the NFL in passing, so the Cowboys will have to be more disciplined in coverage and have to team tackle to get off the field.

It’s a huge game for the Dallas Cowboys if they want to improve their chances of making the playoffs. They don’t have the luxury of dropping a game like this to a team they should absolutely beat. In a tie with the Philadelphia Eagles atop the NFC East and with only seven games left of the season, pretty much every game from here on out is a must-win game.