[tps_header]At this point, we can smell the NFL. It’s right around the corner. Teams are reporting to training camp and preseason games are almost here. The NFL is celebrating its 100th birthday this season and it’ll undoubtedly be an exciting year around the league. There are many teams who can take the Lombardi Trophy home in February in what will surely be a competitive regular season.

Forget about the concerns after Rob Gronkowski’s retirement. This offense will be fine with Julian Edelman and rookie N’Keal Harry leading the wide receivers. One of the main reasons I have them at #1 is their defense. The Patriots might have lost Trey Flowers, but they added plenty of talent, such as Michael Bennett and Chase Winovich. They have one of the defensive backs group in the league.

The Rams made the Super Bowl last year and will be back among the best teams in the NFL. They still have a quality OL and a great offense led by Sean McVay’s marvelous play-calling. On defense, they lost Ndamukong Suh but still have a ton of talent including the best defensive player in football, Aaron Donald. Eric Weddle and Taylor Rapp reinforce the secondary.

This offense will be just as good as last year. Michael Thomas is among the best wide receivers in the game and he’s paired with an elite QB in Drew Brees. Alvin Kamara will have to lead the running game without Mark Ingram. Many talk about their offense, but the Saints’ defense is pretty solid as well.

Concerns on the Chief’s defense prevail and rightfully so. They added players like Frank Clark but still lost some like Justin Houston and Eric Berry. They’ll have a tough challenge of winning the division with the Chargers competing with them. But Patrick Mahomes shocked us all last season and while I doubt he’ll match his debut year, he’ll be a great quarterback for the Chiefs going forward.

The Chargers are a legitimate threat in the AFC. They have a great offense with an elite running back (Melvin Gordon is holding out ahead of training camp, but I’d be surprised if he doesn’t play the regular season) and a great set of wide receivers. Leading the pack is QB Philip Rivers, who’s still got it. The defense is talented in every level, with a great couple of pass rushers.

With a solid offensive line, Andrew Luck proved he was back last year. What HC Frank Reich and GM Chris Ballard have done in Indianapolis is truly amazing. They’ve built a contending team and they could still get better at some point in the season given their cap space.

Many are dropping the Bears on their power rankings. Not me. They have one of the most talented defenses in the country and they’ve done a very good job by giving QB Mitchell Trubisky enough weapons to get that offense going. Vic Fangio left his defensive coordinator job to join the Denver Broncos as the HC, but Chuck Pagano should hold the fort just fine. 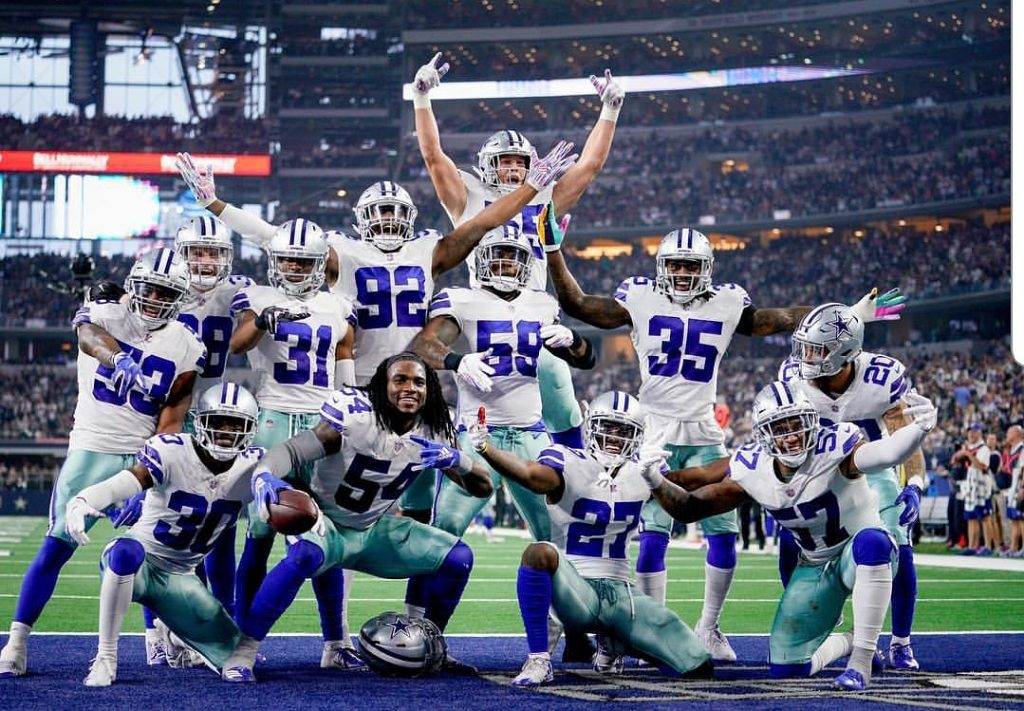 I’m picking the Cowboys to barely win the NFC East. Their defense shocked the nation last season and this time they’ll be even better. On offense, Kellen Moore will be the biggest change as the new offensive coordinator and I expect it to be a positive change. Dak Prescott will be working with the best WR group he’s had to the date. Oh, and the best center in pro football, Travis Frederick, is reporting to camp and will be ready for regular season football after missing last year’s campaign.

Tell me what you think about “Mauricio’s 2019 NFL Power Rankings: 100th Season Edition” in the comments below, or tweet me @MauNFL and let’s talk football! If you like football and are looking for a Dallas Cowboys show in Spanish, don’t miss my weekly Facebook Live! show, Primero Cowboys!