Mike McCarthy’s Past Suggests Play-Calling Is In His Future

Despite the constant calling for coaches' heads during the 2019 season, one coach seemed to be unanimously respected by Cowboys fandom and even garnered support to be retained in his role.

Offensive coordinator Kellen Moore had an impressive first year as a play caller, taking a Cowboys offense which often looked constipated under Scott Linehan in '17 and '18 to heights they hadn't reached in years. Finishing 5th in passing and 3rd in rushing DVOA respectively, the Cowboys offense was as explosive as anyone could've hoped for. Even if they did hit a slow patch towards the back half of the season.

Moore's meteoric rise to offensive coordinator was exciting, and though there were hiccups along the way in 2019, the potential for growth into an elite play caller and potentially a head coach is clearly there.

But with change at the top comes change across the board, and new head coach Mike McCarthy may slow down Moore's ascension just a bit. McCarthy loves to design his own offense and call his own plays, rarely delegating that duty to a play caller during his time in Green Bay.

In fact, after allowing associate head coach Tom Clements to call plays for more than half of the 2015 season, he quickly grabbed back the control. Clements' offense was partly responsible for a 2-4 midseason skid, leading McCarthy to put the responsibility back on his own shoulders.

The next offseason, McCarthy told Tom Pelissero that he would “never give up play calling again.” Pretty clearly said, huh? 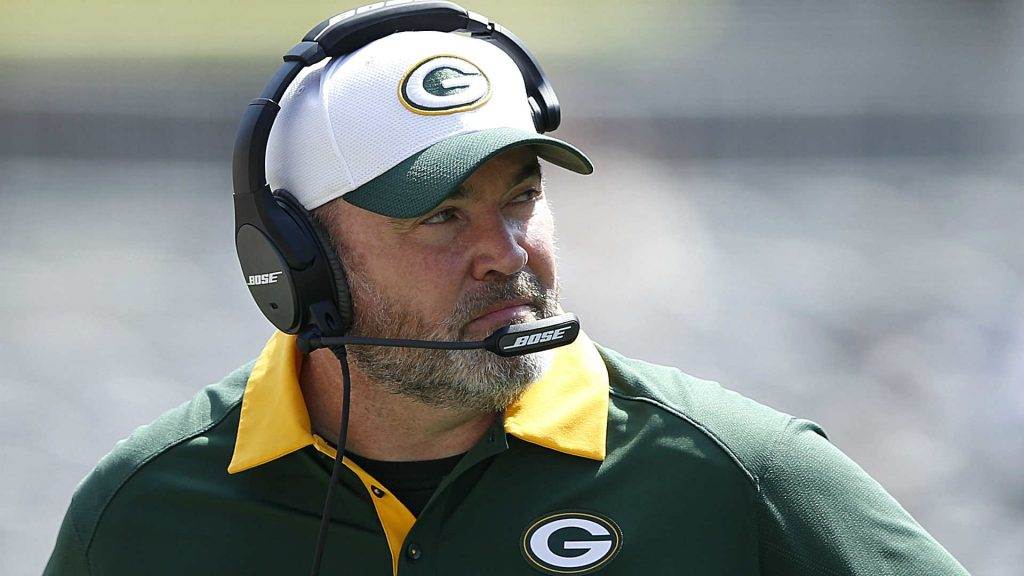 McCarthy gave up the duties after late game and special teams blunders cost the Packers a Super Bowl birth in 2014, citing that he needed to oversee the entire team rather than have such a laser focus on the offensive operations. But when the going got tough the following season, McCarthy went right back into what he knew: calling plays.

Opinions on whether the head coach should be the play-caller or simply a CEO-type figure vary, as does the success of coaches who go the play-calling route.

Kyle Shanahan has seen great success with the 49ers this season, all by using his own offense and calling the plays. Jason Garrett relinquished play calling duties with the Cowboys prior to the 2013 season, and was actually quoted as saying “it's been a good thing” midway through that year.

Anyone who was a fan during the early Garrett-era days can remember the constant drama over “should Garrett take back/give up the duties,” and you have to imagine it's exhausting for the coaches to go through as well.

Even if McCarthy were to allow Kellen Moore to call plays to start the season, it's easy to imagine the postgame press conferences after losses being focused on “so when will you call plays, Mike?” And that's not something Moore or McCarthy wants to deal with.

As a general rule, I like to see head coaches be more of that CEO role rather than getting bogged down in the day-to-day operations. Hire smart people, trust those people with their units, and you run the entire football team.

But with his extensive background as quarterbacks coach and offensive coordinator, it's understandable why McCarthy feels his greatest strength is teaching and calling the offense.

Kevin Bradyhttps://kevinrobertbrady.wordpress.com
Die-hard Cowboys fan from the Northeast, so you know I am here to defend the 'boys whenever necessary. Began writing for a WordPress Cowboys Blog, and have been with ITS since 2016.
Previous article
Mike McCarthy Says He Hasn’t Spoken To QB Dak Prescott
Next article
Report: Texas A&M CB Coach Maurice Linguist Joins Cowboys Staff

I think we’d be better off if Mccarthy called the plays!! He’s proven he can coach a team and call plays too!! Kellen Moore was pretty good last season, but there were quite a few times he messed up on the play calling!! So I’d feel better if Mccarthy called the plays and let Kellen Moore learn from him!! And when Mccarthy feels Moore has the ability to call plays through the whole season and thinks Moore can get us to the playoffs and super bowl with his play calling then he can take over the play calling!! But until then I’d feel better if Mccarthy was calling the plays!!