The Cowboys aren't making life easy for themselves so far in Foxborough. Thanks to two turnovers and other offensive miscues, Dallas is trailing 14-10 at halftime of their Week 6 meeting with the New England Patriots.

Just before the end of the half, Dak Prescott leaped toward the endzone on a QB keeper but the ball was knocked loose just before crossing the plane. The fumble was recovered by New England and robbed the Cowboys of a likely lead.

Earlier in the game, Prescott underthrew Cedrick Wilson in the endzone and the ball got tipped and picked off by the Patriots. That's two turnovers to killed potential scoring drives for Dallas today.

On their first possession, the Cowboys went for an early 4th-and-1 from their own 34 and failed to convert. It set New England up with a short field and an easy touchdown to start the day.

It hasn't been all bad for Dallas. They've moved the ball well and had a few big plays on defense and special teams. Randy Gregory drilled QB Mac Jones for a sack and force fumble earlier, and then Luke Gifford blocked a punt to set up the final possession.

The Cowboys have more than double the time-of-possession and the nearly double the offensive yards. But the turnovers and failed opportunities have decided the score so far.

Hopefully Dallas can clean up the big mistakes in the second half and continue their winning streak. 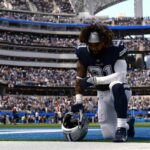 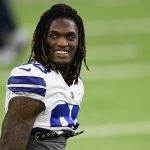