Running back is a need for the Dallas Cowboys heading into the 2019 NFL Draft. Despite counting with Ezekiel Elliott, the team urgently needs someone for Zeke to share the workload with. If the Cowboys want to Elliott to last longer than your average star running back, they'll have to add a young backup to that RB room. So far, it looks like the front office will address the position via the NFL Draft, having let Rod Smith become a free agent and passing on some interesting options in March.

This year, the running back class is a pretty interesting one. Over the last few years, college football has brought many unbelievable players at this position. In 2015, it was Todd Gurley. Then would follow guys like Ezekiel Elliott, Leonard Fournette, Christian McCaffrey, and Saquon Barkley. This running back class though, doesn't seem to have a player of this level.

However, it does count with tons of guys who will make for valuable picks in the middle and late rounds.

The rookie class is led by the Alabama product, Josh Jacobs. Although the consensus agrees he's the top running back prospect, many see him falling off the first round. Even if he's picked on Day 1, it isn't likely he'll be drafted in the Top 20. Teams like the Philadelphia Eagles at #25 or the Oakland Raiders at one of their three picks are candidates.

After Jacobs, there's a wide array of prospects who might not even go in the second round but when the third round begins, they could start flying off the shelves. While this draft class does not necessarily count with top players at this position, it does provide a  lot of depth. The good thing is the Cowboys don't need a starter, they need a backup. From Penn State's Miles Sanders to Oklahoma's Rodney Anderson, there will be some pretty interesting guys who can bring a change of pace to an Ezekiel Elliott-led offense. 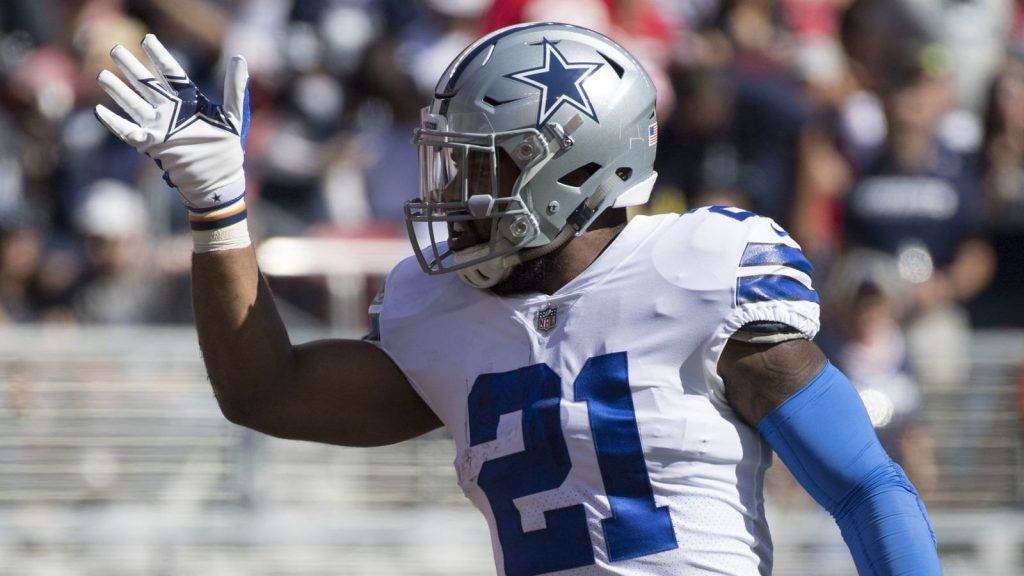 There are many prospects worth talking about, but one I personally like is Texas A&M Trayveon Williams. Matt Miller from Bleacher Report goes as far as saying that he ranks as the best third down running back thanks to his pass protection and his skills as a receiver. While some see him as a third rounder, I wouldn't doubt he lasts until day 3. If he does, the Cowboys shouldn't hesitate to draft him.

Which brings me to another point, if Dallas really wants to walk away with a rookie contributor, they should address this need between the fourth and fifth round. They don't own a sixth round pick and waiting until the seventh round wouldn't really lead to an upgrade over guys like Darius Jackson. However, both the second and third round would be too early for a team that has way more relevant needs.

With two selections in the fourth round (#128 and 137), this would probably be the best spot to find Zeke a promising backup. The fact that this is a pretty deep class for the running back position will benefit the Cowboys and I don't doubt they'll get a pretty decent player to help their superstar running back get a bit of rest every now and then.

Mauricio Rodriguezhttps://www.facebook.com/PrimeroCowboys/
I love to write, I love football and I love the Dallas Cowboys. I've been rooting for America's team all the way from Mexico ever since I can remember. If you want to talk football, I'm in... You'll find me at @MauNFL.
Previous article
Safety Leads the Way in this Dallas Cowboys 7-Round Mock Draft
Next article
Dallas Cowboys 2019 Draft Needs: Cornerback