Happy NFL Kickoff Day! Football is finally back. It’s been a long road and it will be a weird season, but in order to celebrate such a special occasion, we’re previewing which teams will make the 2020 Playoffs this season.

This is a different year since 14 teams will make the postseason instead of the 12 teams we were used to since 1990. Seven teams per conference will advance to play January football and only the one-seed teams will enjoy the benefits of a first-round bye.

Without further ado, here are my picks for the 2020 NFL playoffs!

After just one defeat in the playoffs last season, there are plenty of fans ready to dismiss the Ravens’ potential in 2020. However, their defense upgraded by adding Patrick Queen and Calais Cambell after having one hell of a season last year.

How much more will Lamar Jackson throw the ball? That seems to be everyone’s question headed into the season. My question is: Does it matter? The Ravens tore up defenses with their unique attack in 2019. Do they really need to change their approach? We’ll see this season.

Phillip Rivers will not have the same weapons as he did in Los Angeles, but the Colts’ offensive line will be significantly better. The veteran quarterback will work with a healthy T.Y. Hilton and a top-notch head coach in Frank Reich.

The AFC South will the tough to win, though. Can the Colts adjust to a new QB in such a weird season? I vote yes.

I could write “Duh” in this section and advance to the next division, but I won’t. But really, how can you expect the Chiefs to slow down? Kansas City is expecting a breakout season from sophomore wide receiver Mecole Hardman and added first-round RB Clyde Edwards-Helaire to an already unbelievable offense.

In their last three footballs, they overcame three 10-point deficits. Can they repeat as Super Bowl champions?

Josh Allen might be talented, but he has yet to prove he can be a solid starter in the NFL. Stefon Diggs will surely be his best weapon to yet and the Bills have a very strong defense. Not to mention, Sean McDermott has done a great job as the team’s Head Coach.

Even with Tom Brady out of the division, though, they won’t have an easy job fighting off the Patriots with Cam Newton under center. But the Patriots have one question mark too many, so I’m sticking with the Bills to finally win the AFC East. 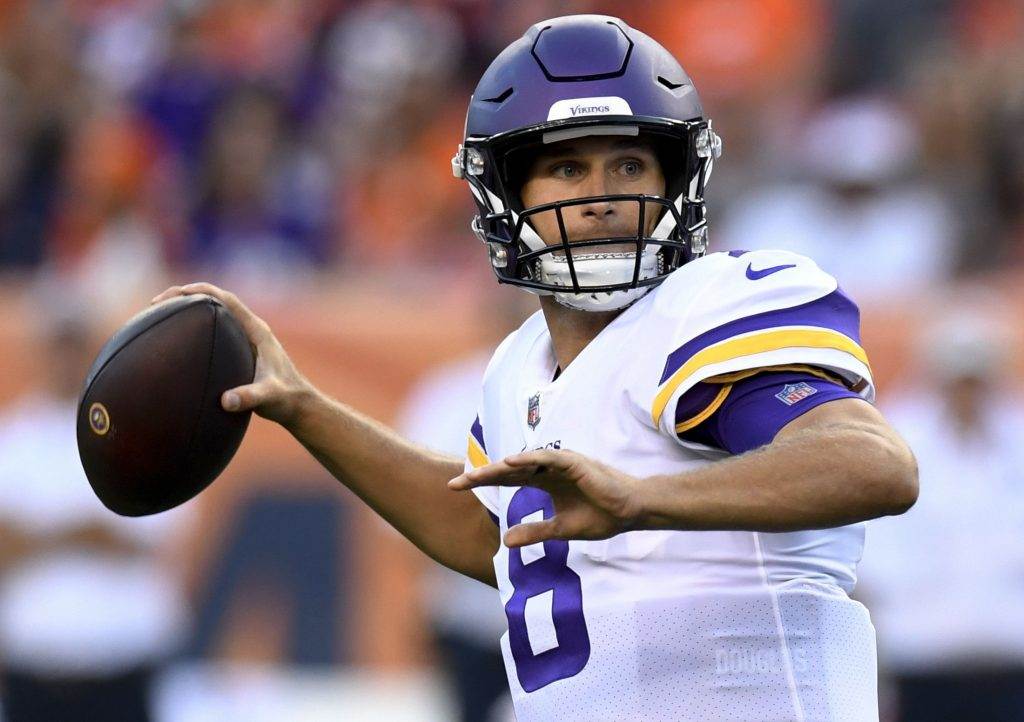 All pieces seem to be in place for the Vikings despite losing several key players on defense and Stefon Diggs on offense. However, I still like their odds. Kirk Cousins has played pretty well since joining the Vikings despite stumbling on primetime games.

If rookies Justin Jefferson and Jeff Gladney turn out, the Vikings should be in a position to contend in 2020 after adding Yannick Ngakoue to the roster. Kevin Stefanski is gone at OC and in is Gary Kubiak. As long as they let Cousins throw the ball more often, they should be fine in a division in which the Packers should be expected to regress after a successful 2019.

Drew Brees keeps playing at an elite level despite his age and that shouldn’t change now that they’ve got Emmanuel Sanders to complement Michael Thomas.

Russell Wilson will always keep the Seahawks in the race for the division title, but I’m not ready to dismiss the 49ers after they lost in the Super Bowl to a Patrick Mahomes led team. Jimmy Garoppolo played great last season and although the wide receiver room is filled with injuries for the Niners, I’m betting on Kyle Shanahan to overcome the adversity.

On defense, San Francisco is virtually the same team with the exception of replacing DeForest Buckner with rookie Javon Kinlaw at defensive tackle.

It won’t be easy for the Cowboys to win the division with a new coaching staff under this year’s conditions, but the talent on offense should be enough to overcome the adversities that come with adapting to a new regime.

Dak Prescott will lead one of the best offenses in the NFL. CeeDee Lamb has been great in training camp as he transitions from college to the pros at a very fast pace. Last year, the Cowboys’ offense was among the league’s best on Kellen Moore’s debut season, and now that Jason Garrett is out and Mike McCarthy is in, the main issue in Dallas has been resolved.

Tell me what you think about “NFL Kickoff: Which Teams Will Make the 2020 Playoffs?” in the comments below, or tweet me @MauNFL and let’s talk football! If you like football and are looking for a Dallas Cowboys show in Spanish, don’t miss my weekly Facebook Live! show, Primero Cowboys!