No Need To Panic Over Cowboys’ Lack Of Pro Bowlers

For the first time since the disastrous 1-15 1989 season, the Dallas Cowboys have zero Pro Bowlers.

Not a single Dallas Cowboy was deemed worthy of the 2020 Pro Bowl by the fans, as the team has struggled mightily in a disappointing season. Now sitting at 5-9 and somehow still alive in the division race, the Cowboys lack of Pro Bowlers felt a bit like a gut punch to some of the team's remaining stars.

Despite the terrible team season, there were still obvious snubs.

Defensive end DeMarcus Lawrence, for example, is in the midst of a fantastic season. Sure the sack totals haven't been there, but Lawrence has become the single best EDGE defender against the run in all of football. Plus, he's still a damn good pass rusher, even without the eye-popping sack stats.

Cowboys wide receiver Amari Cooper is proving why he's one of the league's best as well. Despite playing with four different quarterbacks, Cooper has been as consistent as ever. He's caught 82 balls for 952 yards and 5 touchdowns, ready to put together another 1,000 yard season in spite of his quarterback play. 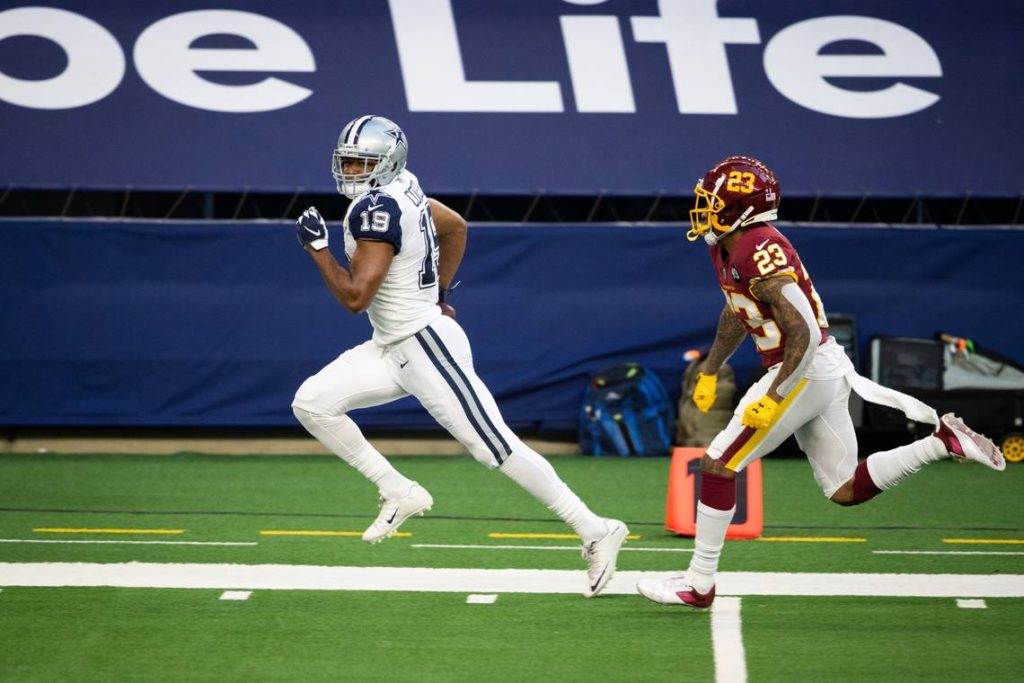 Outside of those two, well, yeah. Not a lot of “snubs” to be mad about.

Once Pro Bowlers in their own right, linebackers Leighton Vander Esch and Jaylon Smith have each fallen off a cliff the last two seasons. They look lost, and I'm not sure the Cowboys will ever see the 2018 versions of either them ever again.

Running back Ezekiel Elliott was once a regular in the league's All Star Game, but Elliott hasn't had the same burst this season. He's playing behind a makeshift offensive line for sure, but Elliott himself has struggled plenty with fumbles on his own.

But the real reason the Cowboys have this embarrassing “no Pro Bowlers” news hitting their doorstep is their injuries. Arguably four of the team's best five or six players have all missed significant time this season: Dak Prescott, Tyron Smith, La'el Collins, and Zack Martin. With those four healthy this team becomes loaded with “Pro Bowlers,” and is likely running away with the NFC East.

I get it. It's looked really bad at points this year.

But if the Cowboys can get healthy in the offseason and make a few improvements on the defensive side of the ball, they should be right back to the postseason in 2021. Part of that due to the rest of the NFC East, and the rest due to the type of talent they currently have sitting on injured reserve.

Kevin Bradyhttps://kevinrobertbrady.wordpress.com
Die-hard Cowboys fan from the Northeast, so you know I am here to defend the 'boys whenever necessary. Began writing for a WordPress Cowboys Blog, and have been with ITS since 2016.
Previous article
Tony Pollard Should Start the Remainder of the 2020 Season
Next article
Cowboys Nation, Enough With the “Bring Back Kris Richard” Campaign

A lot went wrong for the Dallas Cowboys in 2020. They signed several veteran free agents before the season started, but nearly all were...
Read more
Cowboys News

The Dallas Cowboys were a disaster on the defensive side of the ball in 2020. They finished 28th in points, 31st against the run,...
Read more
Cowboys News

One of the unintended (or in some cases intended) benefits of such a lousy season is that the team gets a chance to evaluate...
Read more

I agree with the players you chose as snubs for the Pro Bowl, but I think Zack Martin was a Pro Bowl snub too!! He did miss a few games with injuries, and he was playing out of position for a few games too, but he was still playing at a Pro Bowl level when he was playing!!

Im a cowboys fan. I Don’t care about snubs the team collectively stinks. Also I hate that every offseason the cowboys are built up to be super bowl contenders, now we’re not even through the 2021 season and already the cowboys should be right back to the postseason next year? Really? Who’s gonna be QB? If I’m Dak I’m not playin for Jerry next year cuz Jerry don’t deserve him. But yea definitely a lock for the playoffs next year always