Outlining The Battle For “RB3” In Dallas

Being a Cowboys running back not-named Ezekiel Elliott in 2018, you aren't going to get many opportunities to carry the football. Back during the 2016 NFL Draft, the Cowboys made the choice to employ a “workhorse” back, someone who will take the bulk of the touches and be their most dynamic offensive weapon.

Still, the Cowboys are expected to carry three running backs this season. Behind Elliott will almost certainly be Rod Smith, who saw his value grow with increased playing time during Zeke's 2017 suspension.

Smith is a dynamic running back who showed he can be a receiving threat as well. He's a solid pass blocker, and is the most seasoned running back on the roster outside of Elliott.

With Zeke and Smith just about locked into their roles, the battle for the Cowboys' third running back has begun. And so far during camp, each of these three backs has made their case to why it should be them. 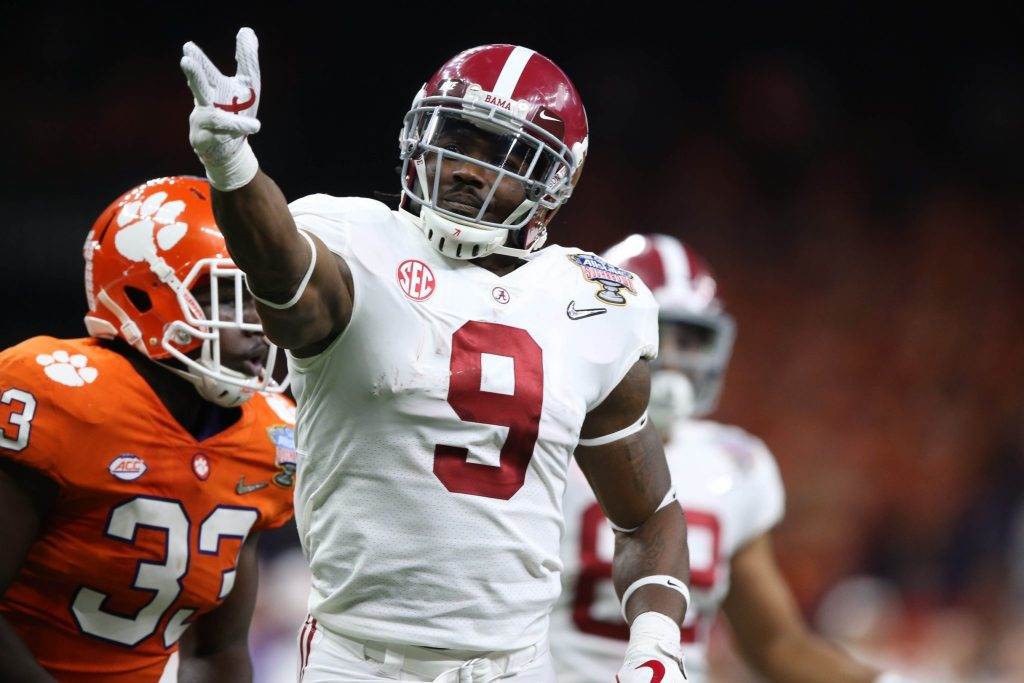 Probably the biggest “star” of these three running backs, Bo Scarbrough has a good shot at being a Dallas Cowboy come September. The former Alabama back was taken in the 7th round of the 2018 NFL Draft, and brings with him much fanfare and hype.

Of course, as a late day three pick, Scarbrough is easily dispensable for the Cowboys. They don't need to keep him around whatsoever, given their heavy investment in Elliott and their lack of investment in Scarbrough.

Still, much of Cowboys Nation is pulling for the Alabama running back. Due to his size and physicality, many hope that Scarbrough could bring some short yardage toughness to the Cowboys offense. Plus, adding Scarbrough to Elliott and Smith might give Dallas the biggest running back group in all of football.

Ah, old Darius Jackson is back in Dallas.

The former sixth round pick instantly became a fan favorite back in 2016, with fans believing that Jackson could be the perfect change of pace back to compliment Ezekiel Elliott. Jackson fits the zone running scheme well, and displayed big play ability during his college days.

Still, his rookie preseason action with the Cowboys was a bit disappointing and left both fans and coaches wanting more. Jackson was released by the Cowboys once Darren McFadden was healthy enough to be activated, and I think there's a better chance than not he will be cut once again.

The real darkhorse of this group is former Texas A&M running back Trey Williams. During his short NFL career, Williams has bounced around a lot. After signing with the Washington Redskins as an UDFA in 2015, Williams moved around the league quite frequently.

He now finds himself in Dallas with a chance to win the RB3 job behind Smith and Elliott, though it will be an uphill battle.

Where Williams has the advantage over Scarbrough and Jackson, however, is on special teams. Williams has already been getting punt return reps at practice, and can be a dynamic returner in the right situation.

With Zeke and Smith already eating up most of the touches, who can contribute most on special teams will most likely decide this RB3 battle.

And considering Scarbrough got almost no experience in this area at Alabama, and that Darius Jackson wasn't able to make much of an impact on special teams with the Cowboys in 2016, maybe Trey Williams can sneak onto the 53 man roster.

Kevin Bradyhttps://kevinrobertbrady.wordpress.com
Die-hard Cowboys fan from the Northeast, so you know I am here to defend the 'boys whenever necessary. Began writing for a WordPress Cowboys Blog, and have been with ITS since 2016.
Previous article
Cowboys Training Camp Stock Report: Practice Week 1
Next article
Earl Thomas Says “What’s Going On” in Player’s Tribune Piece

According to Stephen, Austin will get several touches a game. I thought he was listed as a RB but then again, I guess he could be considered a WR.